Antonio Garcia, driving the No. 63 Mobil 1/SiriusXM Chevrolet Corvette C8.R,
was the second-fastest driver in an ultra-competitive GTE Pro category with
a lap of 3:51.132 (131.855 mph). A three-time Le Mans winner, Garcia was
only 0.133 seconds off the class-leading pace of Laurens Vanthoor.


Nick Tandy wasn’t far behind in the No. 64 Mobil 1/SiriusXM Corvette. His
best lap of 3:51.491 (131.669 mph) put him comfortably inside the top-six,
as the six fastest cars in each class from Wednesday qualifying advance to
Thursday’s 30-minute Hyperpole session.


Wednesday’s five hours of practice saw all six Corvette Racing drivers cycle
through the C8.Rs. Aside from a brief heavy shower during the qualifying
session and a couple of slow zones in the two-hour night session, neither of
the Corvettes lost significant running time due to technical or mechanical
issues.


Corvette Racing will contest the 24 Hours of Le Mans on June 11-12 with the
green flag set for 4 p.m. CET and 10 a.m. ET. MotorTrend TV will air the
race live with the MotorTrend App adding coverage of official practices and
qualifying Thursday. Live audio coverage will be available from Radio Le
Mans starting with Wednesday’s first official practice session.


ANTONIO GARCIA, NO. 63 MOBIL 1/SiriusXM CHEVROLET CORVETTE C8.R – SECOND IN
GTE PRO QUALIFYING: "It was a good day and so far the car is good. We had a
clean run in free practice to validate a few things we had in mind and
putting things together from the Test Day. You always get a little nervous
with this new qualifying format because in an hour, anything can happen. We
saw that last year when I got caught with a ton of red flags and slow zones.
I knew we had the speed but you had to put down a lap or two, to be sure. We
did it and did it early enough with the unexpected rain. I couldn't believe
that after I went out for my second run that the team told it was raining
hard. Even at Pit-In, there were zero drops. It was another Le Mans
qualifying, and tomorrow is the real one. The important thing was to run as
much as we could tonight and again tomorrow. We have five more hours of free
practice left. Let's see if we can improve things even more."


NICK TANDY, NO. 64 MOBIL 1/SiriusXM CHEVROLET CORVETTE C8.R – FOURTH IN GTE
PRO QUALIFYING: "Raceweek is always a little bit different from the Test
Day. That's always the first day when the public roads are opened up to us
and the rubber from the tires start going down. We're pleased to see that
the car is still in really good shape from the test. We're continuing to
work through and figuring out what tire compounds we want to be running at
certain times. So far, the practice is going well. In qualifying, the key
aim of course was to get both cars into the Hyperpole. We managed to get
some idea of what we need to do to gain a bit more performance for
Hyperpole. From our side, it's been a pleasing day. Everything that we have
worked on has made sense with what we hoped would happen with the car.
Hopefully the rest of the week will go as smoothly as today." 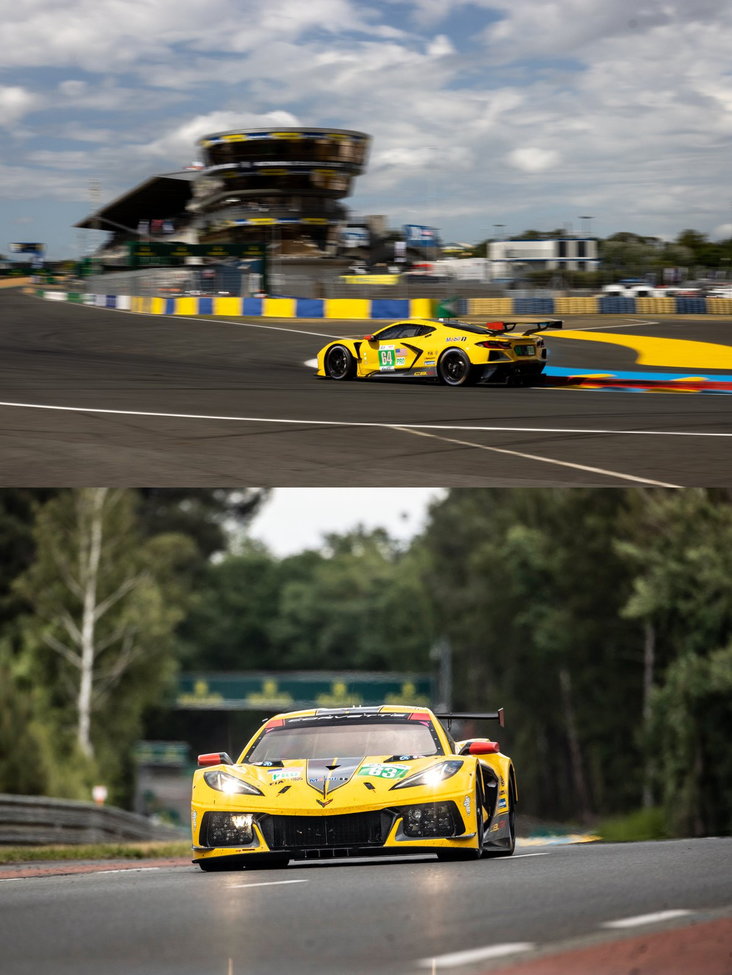