DETROIT (Aug. 11, 2021) – Corvette Racing is set for its long-awaited return to the 24 Hours of Le Mans. Only days following its most recent IMSA race at Road America, the program heads across the Atlantic for the French endurance classic.


The twice-around-the-clock race is set for Aug. 21-22 around the 8.4-mile circuit that is a mix of permanent racetrack and public roads. Corvette Racing and other teams – including seven other entries in GTE Pro – will have nine hours of track time Sunday during the official Test Day.


This year’s Le Mans is significant for many reasons, but two loom largest: it’s the first time in France for the mid-engine Chevrolet Corvette C8.R, and this year’s race marks Corvette Racing’s return after missing the 2020 due to impacts of the COVID-19 pandemic.


It ended a run of 20 consecutive years at Le Mans that started in 2000. In that time, the program claimed eight victories with three different generations of Corvette… all with the engine in the front.


This year things are different. The debut of the mid-engine Corvette C8.R is a highly anticipated one, especially given its success since its first race in January 2020. Corvette Racing swept the GT Le Mans (GTLM) Manufacturers, Drivers and Team titles of the IMSA WeatherTech SportsCar Championship a year ago, and the team finished 1-2 in the Rolex 24 At Daytona to start the 2021 season.

Although the C8.R is new at Le Mans, it has a race in Europe to its name. Corvette Racing ran a single mid-engine Corvette in the Six Hours of Spa in May with Antonio Garcia and Oliver Gavin. It gave the team experience with a different set of rules than in IMSA – mainly pit stop sequences, yellow-flag strategies and other sporting situations.


Garcia, Jordan Taylor and Nicky Catsburg were the winning drivers at Daytona, and they will reunite in the No. 63 Mobil 1/SiriusXM Corvette C8.R at Le Mans. Garcia and Taylor have won four times and lead this year’s GTLM standings.


On the other side of the garage, the No. 64 Mobil 1/SiriusXM Corvette will see Tommy Milner, Nick Tandy and Alexander Sims back together. Milner and Tandy were victorious in a non-points race at Detroit, and the combination of Tandy and Sims won a 100-minute qualifying race at Daytona.


Corvette Racing’s lineup has combined for seven victories: Garcia with three; Milner with two; and Tandy and Taylor with one each.


Corvette Racing will contest the 24 Hours of Le Mans on Aug. 21-22 with the green flag set for 4 p.m. CET and 10 a.m. ET. MotorTrend TV will air the race live with the MotorTrend App adding coverage of official practices and qualifying on Aug. 18 and 19. Live audio coverage will be available from Radio Le Mans starting with Sunday’s Test Day.


ANTONIO GARCIA, NO. 63 MOBIL 1/SiriusXM CHEVROLET CORVETTE C8.R: “It always is nice to go back somewhere when you’ve been away for a year. So it’s great to be back at Le Mans. One of last year’s biggest disappointments was not going to Le Mans. Conditions were what they were. We couldn’t go with the schedule shuffling, and in the end it wasn’t possible to go. It would have been beneficial. That knowledge of the C8.R around Le Mans would be an advantage going into this year’s race. But we can overcome that. Even this is our first time there with this car, we’ve done many races in IMSA with the C8.R. There are a lot of laps and miles already on it.”

Expectations for the Corvette C8.R: “This car should be better (than previous generations) and that’s what we expect. We saw at Spa that we were close to our competitors. So it was good event for the team to get used to WEC rules and strategy. Now once we get to Le Mans, it should be an easier time to get into that mindset having been through it before.”


JORDAN TAYLOR, NO. 63 MOBIL 1/SiriusXM CHEVROLET CORVETTE C8.R: “It’s going to be nice going back after a few years off. But for the team after having missed the race last year for the first time in so long is going to feel weird. Everyone lives for that event. It’s biggest event for the team and in sports car racing. Having missed last year is going to make everyone win it that much more and get back there as fast as possible."

Being away from Le Mans: “Having to watch Le Mans on TV isn’t the easiest thing. As a kid watching it, it’s an amazing race and you grow to love it and want to be there one day. Once you get there the magnitude of the event, the people, the fans, the atmosphere… it’s like no other race. So when you get that feeling and emotion, you don’t want to lose it. So then when you have to watch it again on TV during on the years you can’t make it, it makes you miss it that much more and be that much more motivated to go back and be competitive.”


NICKY CATSBURG, NO. 63 MOBIL 1/SiriusXM CHEVROLET CORVETTE C8.R: “Last year I was doing commentary for Le Mans on Dutch television, so I kind of felt like I was still part of it. But Le Mans is something you can’t take for granted. It took me years to get finally get a seat at Le Mans, and I felt like once I had done it then I would be doing it every year from then on. Of course this didn’t happen in 2020 due to a situation that no one could foresee. That’s why I am going to cherish this year and enjoy it as much possible because you never know when you’re next time is. Even though I liked doing commentary, I like driving a lot better!”

Importance of the Test Day: “What is so important about the Test Day is making use of every lap and utilizing the full day in learning as much as possible. There is always a big change in track conditions and a big increase in grip, which you have to take into consideration especially when working on car setup. It is important that you don’t run into any trouble on the Test Day. I hope we can make the most out of it.”


TOMMY MILNER, NO. 64 MOBIL 1/SiriusXM CHEVROLET CORVETTE C8.R: “We don’t take going to Le Mans for granted. Not going there last year, though, reminds you how special this race is and how important it is for the team, for Corvette and Chevrolet. This is a race that for a lot of people is a bucket-list item. To go there once is special. Each time going back is more so. It’s another chance at winning the greatest sports car race in the world. We don’t take that lightly on this team. We’re even more excited that we get to take the new Corvette over there for the first time. There are a lot of people – me included – are eager to see what the C8.R can do there.”

Preparing for Le Mans: “The build-up of going to Le Mans… testing here stateside and getting the car trimmed out and comfortable, that’s what starts the process. The history of Le Mans, the build-up of the race, going to another country for the event, the scrutineering in town. Now having a year off, it will make going back there that much more special. A renewed amount of excitement that comes from all those things will make going back there feel more special than it already does.”


NICK TANDY, NO. 64 MOBIL 1/SiriusXM CHEVROLET CORVETTE C8.R: “I’m most looking forward to going back with a chance to win the race. That’s why we all go there. Past this, the most exciting aspect for me and my teammates is seeing how the C8.R is at the Circuit de la Sarthe... when we get it to stretch its legs on the long straights in its low-downforce configuration. There’s that aspect of it, and we’re looking forward to seeing what is in store, because we don’t really know.”

Lessons from Daytona: “There are a lot of similarities (between Daytona and Le Mans). They’re both 24-hour races, obviously. The kind of running the car goes through is similar with all the flat-out running you do compared to something like Sebring. There are a lot of high-speed sections at Daytona like there are at Le Mans. The car proved ultra-reliable, consistent and quick at Daytona, so this is a big positive going into Le Mans. We will be using a Le Mans-specific aero kit, which hasn’t raced on the C8.R as of yet. It’s been tested, and I’m sure there will be lots of testing leading up to the race. It’s quite a different race with different sporting regulations, the way the pit stops work and things like this. But this isn’t Corvette Racing’s first time at Le Mans, of course. I’m confident we will be on top of things from a driver point of view. We all have a lot of experience there in a number of different cars and classes.”


ALEXANDER SIMS, NO. 64 MOBIL 1/SiriusXM CHEVROLET CORVETTE C8.R: “The first thing that struck me about going to Le Mans the first time was the fans. Having done some junior single-seaters with one year on the Formula One calendar, I was used to seeing some decent-sized crowds. The pre-race procedure of going through scrutineering in the town center and then the pre-race grid itself, Le Mans was really something else. That was the big thing that stole the show from my point of view in terms of my impression of the race. It was incredible to see not only the amount of fans but also the passion and knowledge they had… plus seeing the number that goes back year after year after year! It’s a bug they get and struggle to shift it, which is lovely to see such commitment from fans. They really make it what it is.”

Expectations for the C8.R: “From everything I know from the car, it seems to be very strong in a number of different areas. I haven’t really found a weakness in it yet. The car is super streamlined, has good power and good traction, and is well-balanced through the higher-speed corners that I experienced at Sebring. I really hope it’s going to be quite a force to be reckoned with at Le Mans.” 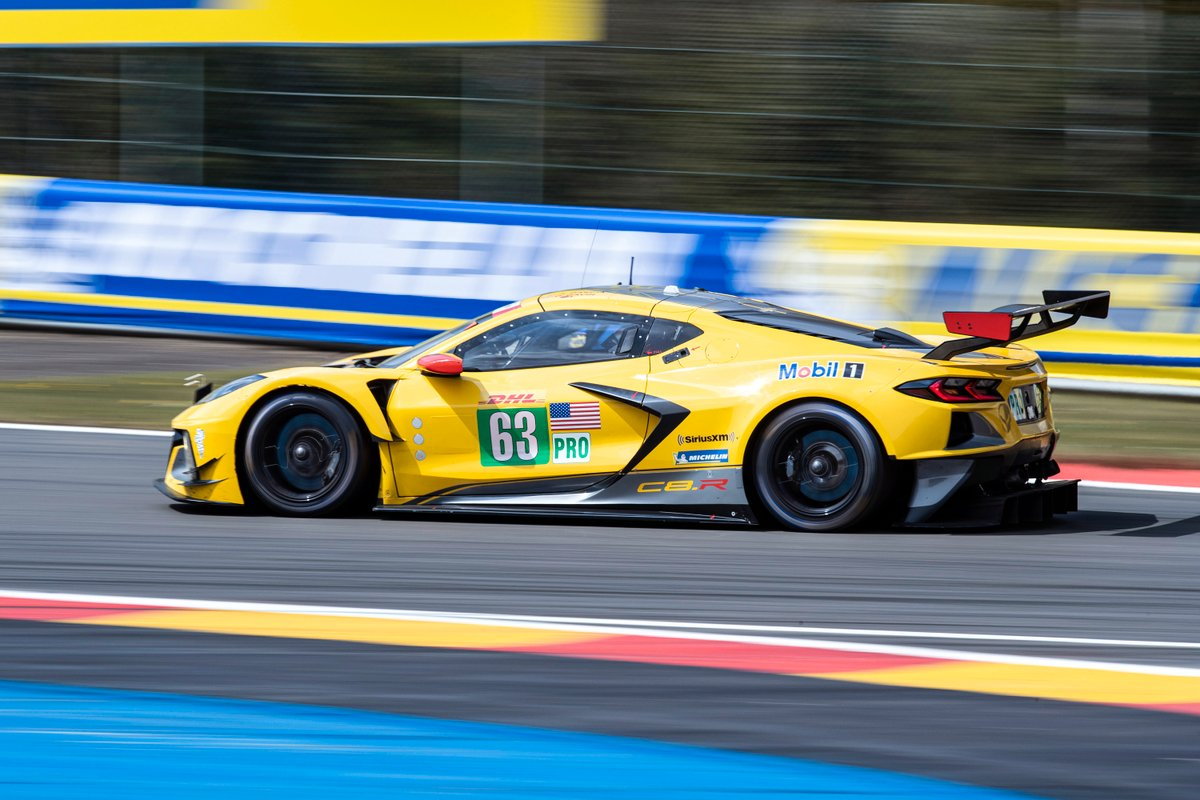 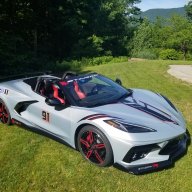 Jordan, Antonio, Tommy and Nick... I'll be there at LeMans with you! ...and now Nicky and Alexander too. Perfect! . I wouldn't miss it for the World! I hope to see you all in the Paddock on Friday, the 20th. Saw you at the Glen and Lime Rock. Didn't make it to Road America. Sorry. Practice hard. Go fast. Put 'em all in your rear view mirror. Give my best to the whole team... and I'm sure you know by now, you DO have the BEST teams ever! See you soon in LeMans... on the podium! Advice: stay away from the escargot until the race is over. ...your #1 fan, from the Adirondack Corvette Club. - Gary Saunders, Vermont ('21 C8 HTC, done up in a C8R scheme, of sorts) 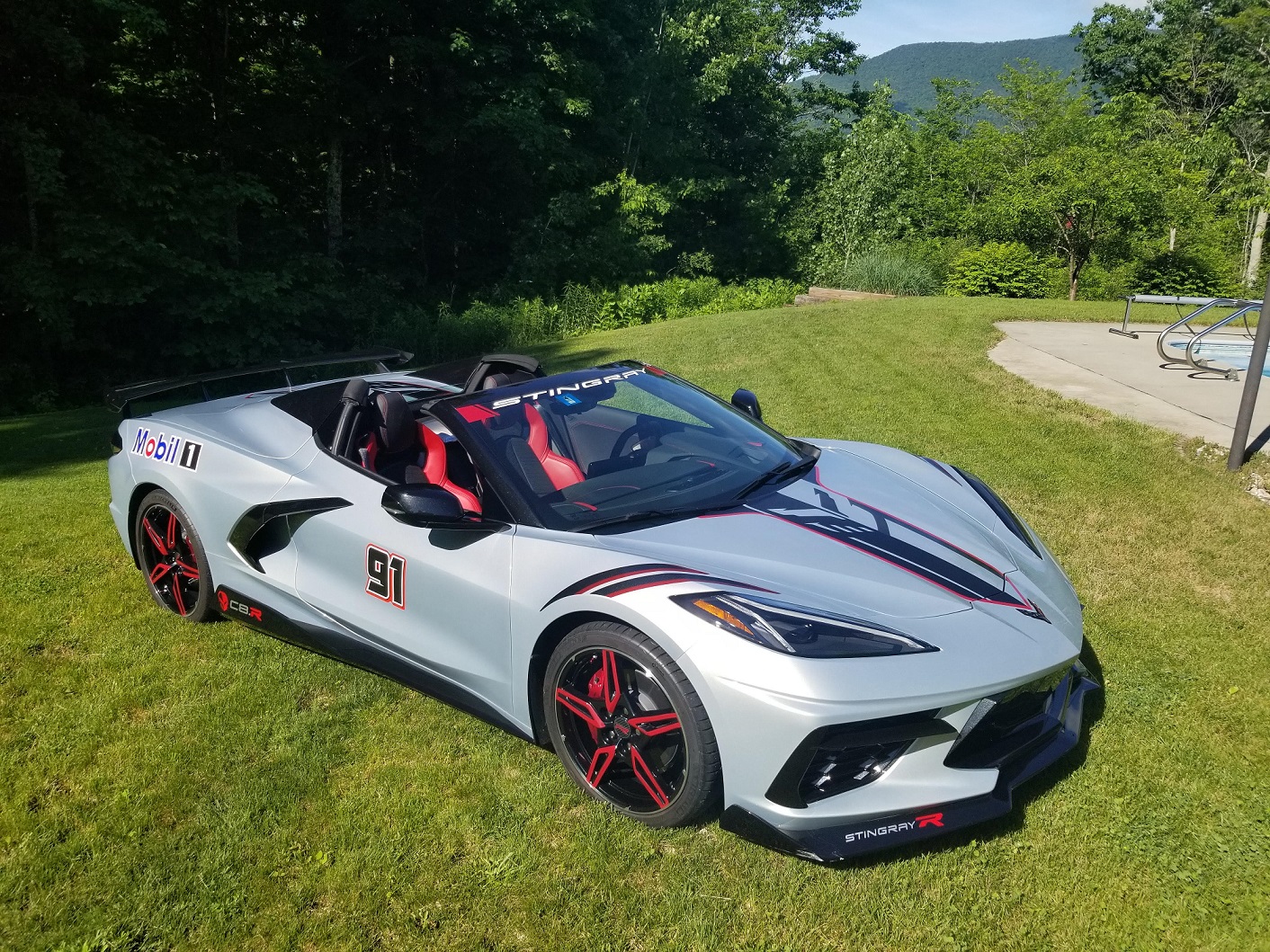