PRESS RELEASE:
No. 63 Corvette still in the fight following No. 64 C7.R retirement

LE MANS, France (June 16, 2019) – Corvette Racing reached half distance of
its 20th appearance at the 24 Hours of Le Mans early Sunday with one of its
Chevrolet Corvette C7.Rs firmly entrenched in the battle for GTE Pro honors.


The No. 63 Mobil 1/SiriusXM Chevrolet Corvette C7.R of Antonio Garcia, Jan
Magnussen and Mike Rockenfeller ran fifth at the 12-hour mark with
Rockenfeller just finishing a double-stint. The practice of having the three
drivers stay in the car for two fuel stops at a time was the prevailing
strategy for Corvette Racing, which is shooting for its ninth Le Mans class
victory.


Unfortunately, the No. 64 Mobil 1/SiriusXM Corvette C7.R isn’t part of the
fight following a heavy crash for Marcel Fässler near the six-hour mark. The
incident happened in the lightning quick Porsche Curves toward the end of
the lap. Fässler – driving with Oliver Gavin and Tommy Milner – was hit from
behind after making a pass on a slower car with the impact sending the
Corvette hard into the wall on driver’s right.


The damage was too extensive to repair, and Corvette Racing was forced to
retire the car. Fässler was evaluated at the track medical center and was
sent to a local hospital for a CT scan, which came back negative.


Early in the race, the No. 63 Corvette led early and often. Garcia began the
race from the third position but needed less than 20 minutes to move to the
point in a frantic start.


All three drivers of the No. 63 Corvette took turns in the lead early. The
first safety car period of the race during the sixth hour brought the top
nine GTE Pro entries to within 15 seconds of each other at the six-hour
mark. Another safety car near the 10 hours running split the two lead cars
from the rest of the GTE Pro field, effectively taking what had been a
nine-car battle down to two with the Corvette part of the second group.


The No. 64 Mobil 1/SiriusXM Corvette was up and down the order early with
Gavin climbing from 11tth at the start to fourth in class during his opening
two stints. Debris on his tires made it challenging for him to maintain his
early pace but he and Milner had relatively calm stints before handing over
to Fässler, who was matching the pace of his teammates before the incident.

ANTONIO GARCIA, NO. 63 MOBIL 1/SiriusXM CHEVROLET CORVETTE C7.R: “There was
a lot of uncertainty at the start. We were all looking at each other not
knowing who would be fast and who would be slow. So we did like we did in
qualifying and just settled in. Everybody seemed to be on a good pace and
obviously our car felt pretty good. In the draft I was kind of following
everybody but I think I feel more secure and better for myself when I’m
running in a higher position rather than depend on the others. I could have
stayed behind, but I decided to go ahead and see if I could stay because
with the amount of slipstreams you have here it’s easy for the others to
overtake you again even if they don’t have the pace. There is no better
place to stay than P1!”


JAN MAGNUSSEN, NO. 63 MOBIL 1/SiriusXM CHEVROLET CORVETTE C7.R: “The first
stint was good, keeping the same distance to the Porsche and opening the gap
a bit towards the end, which was nice. The second stint was a little bit
more of a handful on the tires. The car started moving around a bit. I think
the track isn’t quite ready yet for double-stinting the tires, but we have
to do it. I thought we were going to lose everything when I had to come in
(early for an emergency five seconds of fuel) under the full-course yellow
when the pitlane was closed, but fortunately everybody else was pretty much
in the same boat so we didn’t lose anything.”


MIKE ROCKENFELLER, NO. 63 MOBIL 1/SiriusXM CHEVROLET CORVETTE C7.R: “Like
last year, unfortunately these safety car rules tear the field apart, which
is a shame but the race is not over. Let’s see. Maybe we will get lucky and
catch the better safety car next time and the field will be bunched up
together because it was a good fight when we were all together. Let’s see
where we will end up in the morning. It feels like since it has cooled down
or the track has rubbered in that the car is running better and better. This
is good, but we just need some luck to come to us."


OLIVER GAVIN, NO. 64 MOBIL 1/SiriusXM CHEVROLET CORVETTE C7.R: “It was a
very interesting first couple of stints. We bounced up and down the order
among pretty much all the manufacturers. There definitely were some moves
early on there. We were on the move a lot of the time. But it was
aggressive… very aggressive. It was very intense racing. In the back of your
mind, you’re thinking we have a lot of racing to be done but it was pretty
wild now thinking about it. Toward the middle of the second stint, I ran
wide a little bit near the end of the lap and got a bunch of junk on the
tires. I just couldn’t cleaned up for a bit. It was amazing how many stops I
dropped just through that one little thing. That shows the fine line in this
category.”


TOMMY MILNER, NO. 64 MOBIL 1/SiriusXM CHEVROLET CORVETTE C7.R: “My stints
were pretty relaxed. There was some fighting ahead of me during my second
stint, but generally those guys were not going crazy. In the first stint, I
struggled with understeer but my pace was decent. On the second stint, we
decided to double-stint the tires, which was a bit of a struggle. I think we
were heading toward a good balance in the car and would have been in good
shape.” 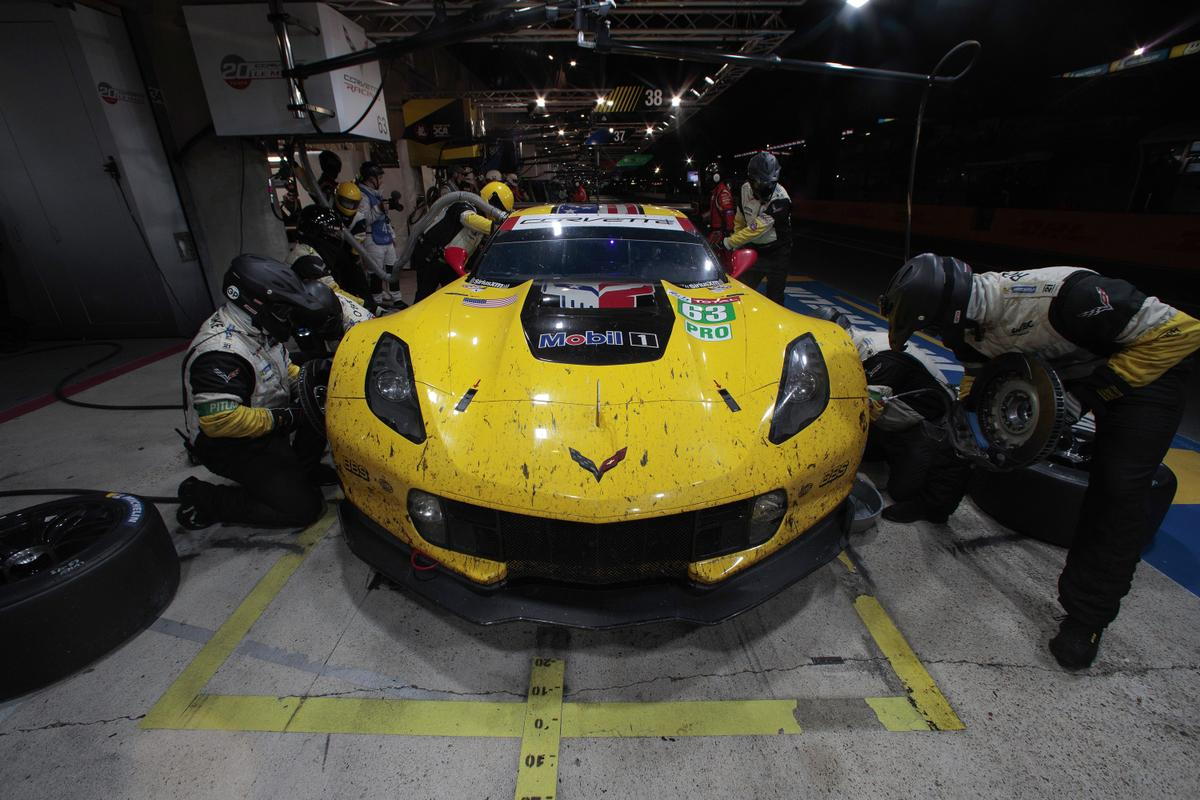 Third isn't terrible. A win would have been nice though.