PRESS RELEASE:
Plus continuing work on preparations for GTE Pro at 24 Hours of Le Mans


CORVETTE RACING AT LE MANS: Tandy Puts No. 64 C8.R in Hyperpole
Plus continuing work on preparations for GTE Pro at 24 Hours of Le Mans

LE MANS, France (Aug. 18, 2021) – Corvette Racing’s Nick Tandy put the No. 64 Mobil 1/SiriusXM Chevrolet Corvette C8.R into the Hyperpole round of qualifying for the 24 Hours of Le Mans. Tandy set a best lap Wednesday of 3:47.074 (134.216 mph) in the mid-engine Corvette that he is sharing this week with Tommy Milner and Alexander Sims.


Wednesday’s two free practice sessions and qualifying allowed Corvette Racing to continue fine-tuning both Corvettes for the weekend’s race – the first time at Le Mans for the C8.R. A stringent simulation program combined with on-track testing and a race in the FIA World Endurance Championship at Spa-Francorchamps helped the program arrive at Le Mans with a strong baseline for the C8.R.


Corvette Racing will contest the 24 Hours of Le Mans on Aug. 21-22 with the green flag set for 4 p.m. CET and 10 a.m. ET. MotorTrend TV will air the race live with the MotorTrend App adding coverage of official practices Aug. 19. Live audio coverage will be available from Radio Le Mans.


NICK TANDY, NO. 64 MOBIL 1/SiriusXM CHEVROLET CORVETTE C8.R – FOURTH IN GTE PRO QUALIFYING:"Whenever you drive a racing car on low fuel and fresh tires at Le Mans, it's your lucky day. There isn't much greater experience in motorsport from what I've seen. This is always great. The C8.R felt really good. We kind of went into an unknown area because this is the first time the car has run like this with low fuel. We tried a semi-qualifying simulation in practice but it wasn't as light as we could make the car. So I'm happy with how the performance was. The balance was very good. We tuned during the session. The engineers and the crew did a great job in getting the car turned around and improving the pace in it. We're very happy to go through into the Hyperpole round and try for a spot as high up the grid as we can."


ANTONIO GARCIA, NO. 63 MOBIL 1/SiriusXM CHEVROLET CORVETTE C8.R – EIGHTH IN GTE PRO QUALIFYING: “During the Test Day we only did very few laps (because of the electrical issues) and this afternoon in the first free practice session, I jumped in after Jordan and Nicky had had enough seat time. With the new (one-hour) qualifying format it wasn’t easy with all the full-course yellows and slow zones. During my first attempt I got caught by a slow zone maybe five seconds before the finish line. That lap time would not have put me in the top-six, but it would have helped to better understand the car. We then tried again and I again had traffic and yellows.

“We only wanted to use two sets of tires in qualifying and the first was already thrown away because of the full-course yellows. The same thing then happened on the second set: traffic and more yellows, so in the end we just stayed on the same set, refueled the car and I did as many laps as we could, working toward the race setup. Luckily this race is not about pole position so from now on we will just keep focusing and working towards the race.

“Last Sunday, Jordan and Nicky had done most of the driving before I had the issue which sidelined us for most of the afternoon. The last hour or so we still had after the engine change, we decided to give them the extra five or six laps, which of course didn’t help me to get up to speed today. But the other car is right up there, so there is no reason to think we shouldn’t set similar times as well. We’ll be ready for the race.”


ALEXANDER SIMS, NO. 64 MOBIL 1/SiriusXM CHEVROLET CORVETTE C8.R – FIRST LAPS IN THE C8.R AT LE MANS: "If you weren't looking at lap times, then it would be really good fun out there. The competitor in me would like to be a bit faster. I don't feel 100 percent comfortable with the car quite yet. In the daytime, things start to make a bit of sense but you start to lose some of your cues at night. You just have to rely on fewer senses and you don't want to make mistakes while building it up. There is still more to come, for sure.

"I'm just lacking a bit of confidence on the brakes. The biggest thing is that I don't know how much it is in me and how much could be helped by the car. It'll be good to look at some data and have another go tomorrow. Overall it's been really nice to be back in the C8.R. It's been five or six months since Sebring. And it's cool be out here at Le Mans. I've been here before but that was three years ago. Getting back into the rhythm again is nice." 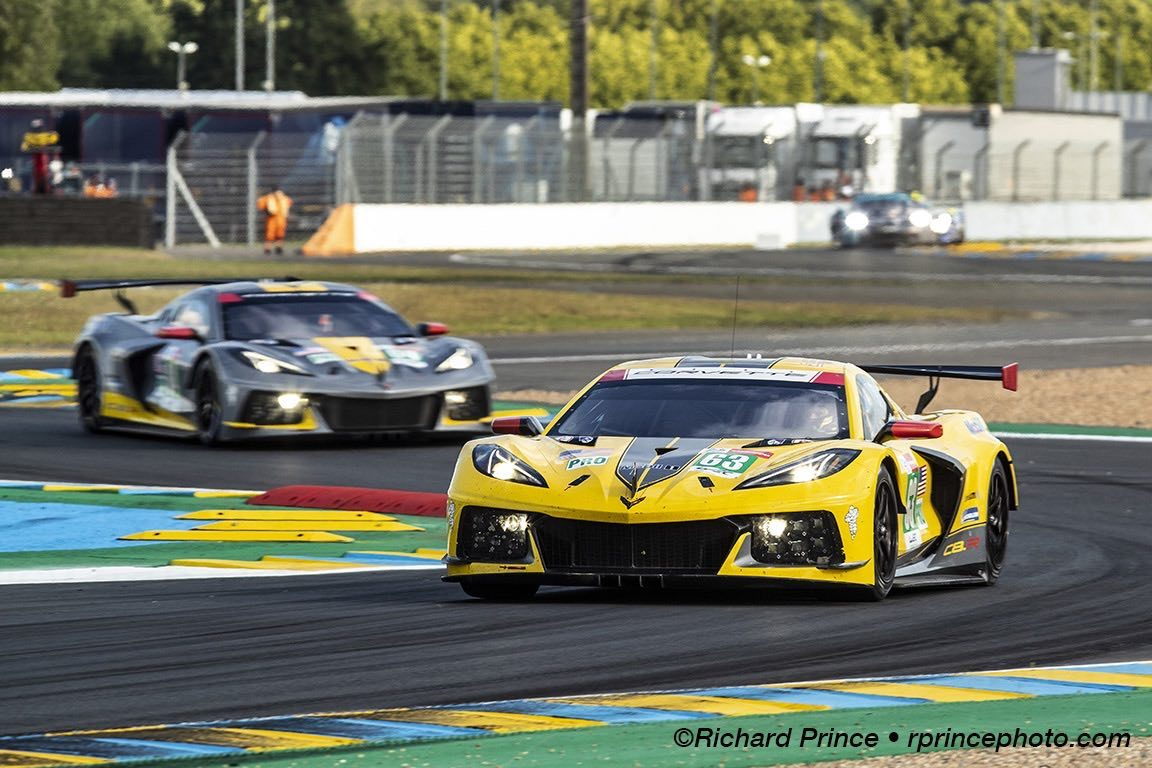