GM Press Release: CORVETTE RACING AT LIME ROCK: Getting Back on Track

A return to site of Corvette Racing’s 100th program victory


CORVETTE RACING AT LIME ROCK: Getting Back on Track
A return to site of Corvette Racing’s 100th program victory

DETROIT (July 16, 2019) – The longest-running program in IMSA history visits
the shortest venue on the calendar this weekend as Corvette Racing heads to
Lime Rock Park with the rest of the IMSA WeatherTech SportsCar Championship.


The Northeast Grand Prix, set for 3:10 p.m. ET on Saturday, is a GT-only
affair at the 1.474-mile, seven-turn road course in northwestern
Connecticut. Corvette Racing is hoping that a return to Lime Rock – a place
where it has won five times in 12 tries – will set the course right after an
uncharacteristic showing two weeks ago at Canadian Tire Motorsport Park.


A victory this weekend in the two-hour, 40-minute race would bring things
full circle for Corvette Racing. A win would be No. 100 in IMSA competition
for the program… three years after Oliver Gavin and Tommy Milner scored
Corvette Racing’s 100th all-time victory at Lime Rock in 2016.


Hitting the fast-forward button to this week sees Milner out for the second
consecutive race with an injured left hand. As a result, Marcel Fässler will
sub in the No. 4 Mobil 1/SiriusXM Chevrolet Corvette C7.R alongside Gavin.
Fässler will make his first career start at Lime Rock while Gavin is tied
for most victories by an IMSA driver at the circuit with four.


In the No. 3 Mobil 1/SiriusXM Corvette, Antonio Garcia and Jan Magnussen
hope to regain ground in the GT Le Mans (GTLM) Drivers Championship in their
search for a third title. The pairing sit 11 points out of first place but
are coming to an event where they have fared well. Garcia and Magnussen
finished second in 2012, 2013, 2016 and a year ago.


Garcia qualified on pole position in the No. 3 Corvette as the duo just
missed on victory but still went on to win their second straight GTLM title.


The Northeast Grand Prix from Lime Rock Park begins at 3:10 p.m. ET on
Saturday, July 20. Live coverage will be available on the NBC Sports App and
IMSA Radio, via IMSA.com. NBC Sports Network will air the race beginning at
9:30 p.m. ET on Saturday.

ANTONIO GARCIA, NO. 3 CHEVROLET CORVETTE C7.R: “Lime Rock has turned into an
important race for Jan and me. We need to recover from the result in Canada
and get back in the championship. I believe we know as a team what our
issues were and everyone has worked to correct those. We know Lime Rock is a
place where anything can happen so let’s see. We have been close to winning
at Lime Rock in the 3 Corvette a lot of times - four times as runner-up. So
hopefully we are due for that win.”


JAN MAGNUSSEN, NO. 3 MOBIL 1/SiriusXM CHEVROLET CORVETTE C7.R: “Lime Rock is
quite a difficult challenge. It’s a short-track sports car race with
typically a lot contact… almost like touring cars. It’s a style of racing I
enjoy. You can make something happen for yourself at this track more than
most others, and that’s what we’ll look to do. If we ever needed a win in
the No. 3 Corvette, it’s this week. That’s always the end goal but we want
it a little more given the points situation. We need a good weekend.”


OLIVER GAVIN, NO. 4 MOBIL 1/SiriusXM CHEVROLET CORVETTE C7.R: “I’ve been
fortunate to win many times at Lime Rock with Corvette Racing. The lasting
one will always be 2016 and the 100th win for our team. It was a day
everything fell into place perfectly for us. We’d give a lot for that to
happen again this weekend. This will be Marcel’s first race at Lime Rock and
I know he will be well-prepared. Hopefully this is a weekend where our luck
takes a turn for the better.”


MARCEL FÄSSLER, NO. 4 MOBIL 1/SiriusXM CHEVROLET CORVETTE C7.R: “Lime Rock
is another track where I haven’t raced before. It’s a different type track
than any other at which I’ve competed. Things will happen very quickly on
such a short lap. So this will be another new challenge. It was beneficial
to be with the team in Canada and have the experience in a high-downforce
configuration. Hopefully Olly and I can bring back a good result for the
hard work of the Corvette Racing team.” 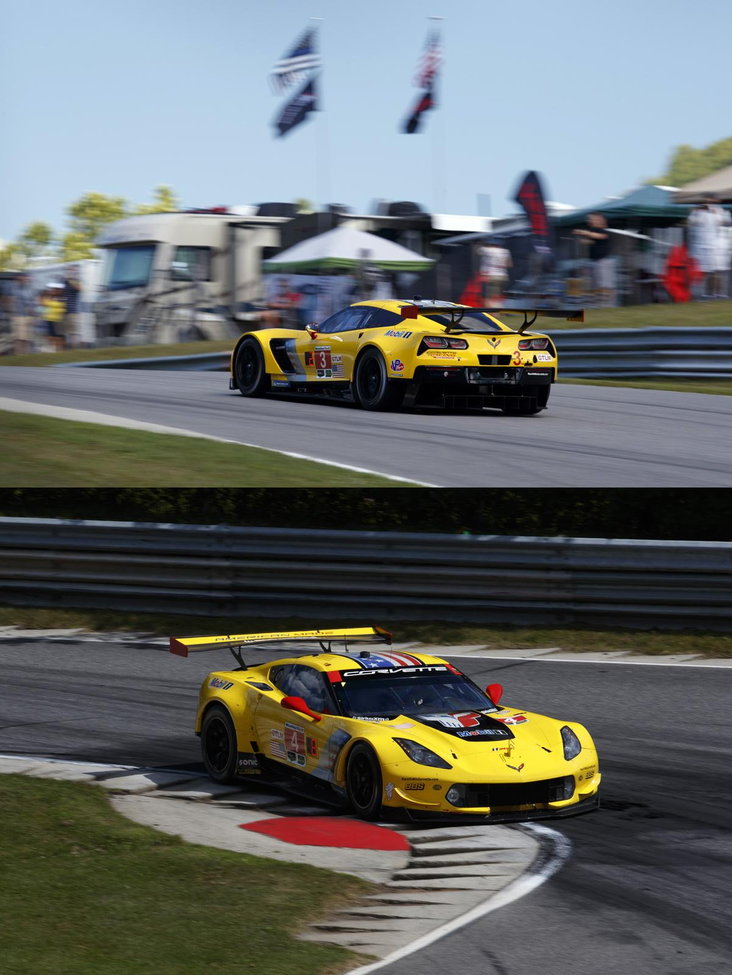