PRESS RELEASE:
Another close battle with Milner second in GTLM with No. 4 Corvette


CORVETTE RACING AT LONG BEACH: GTLM Pole for Taylor, No. 3 C8.R
Another close battle with Milner second in GTLM with No. 4 Corvette


Taylor and teammate Antonio Garcia enter Saturday leading the GTLM Drivers
Championship on the strength of four wins and six pole positions this year.
The No. 3 Corvette C8.R duo also won five races in 2020 en route to the
class title.


Taylor was 0.297 seconds clear of teammate Tommy Milner in the No. 4 Mobil
1/SiriusXM Chevrolet Corvette C8.R. He and Nick Tandy were winners in the
most recent GTLM race at WeatherTech Raceway Laguna Seca two weeks ago.


Saturday’s race will be the first at Long Beach for the mid-engine Corvette
C8.R as the COVID-19 pandemic cancelled last year’s race and delayed this
year’s running from April.


Corvette Racing will contest the Acura Grand Prix of Long Beach on Saturday
from the Long Beach Street Circuit in Long Beach, Calif. Live television
coverage will air live on NBCSN at 5 p.m. ET with live streaming coverage on
TrackPass and NBC Sports Gold. Live audio coverage from IMSA Radio will be
available on IMSA.com, XM 202 and SiriusXM Online 992.


JORDAN TAYLOR, NO. 3 MOBIL 1/SiriusXM CHEVROLET CORVETTE C8.R – GTLM
POLE-WINNER: “Track position obviously is crucial here. It’s nice to for us
to be on pole and have another 1-2 for Corvette Racing. It’s the first time
we’ve brought the C8.R here. It suited the track really well. We rolled off
the truck strong, so preparation-wise the guys did a good job. Looking ahead
to tomorrow, it’s always a one-stop race so it’s all about execution in that
one stop and maintaining track position. You always put an emphasis on
qualifying to try to get the pole and get a good run into Turn One.
Hopefully we can control the race from there and make a good call on when to
make that stop. It seems like we had a couple of yellows throughout the
practices so we might be able to count on one of those at some point.
Obviously I couldn’t be happier to get another pole this year.”

SECRET TO QUALIFYING? “I think we just made good decisions. Setup-wise, we’ve
had a different setup for qualifying than the race. We put a big emphasis on
that knowing where the car needs to go in the race. We spent Practice Two
adjusting for race conditions and had in the back of our mind what we wanted
to do in order to extract the most laptime when the tires are fresh. We did
a long run at the end of Practice Two, and we’re pretty happy with things.”
INFLUENCE OF SIMULATOR WORK: “It’s tough to know where the track is going to
go. IndyCar only had one session today and they’ll do more running tomorrow.
The track was a bit different when we went back out on it this evening. It
will go in another different direction, I’m sure. It makes it that much more
stressful. The street courses are great, and we love coming to them. But as
a driver it’s very stressful when you have to get the maximum out of the car
in a session like qualifying. It’s always nice to get through unscathed. We’re
in a good spot. We’ve done a lot of sim work to understand what the car will
do over a long run. We made those adjustments in practice to confirm what we
learned in the simulator.”

DID YOU LEARN ANYTHING DETROIT AND LONG BEACH AND DIFFERENT TIRE RUBBER: “We
did. It was our first street course race with this car. It was good and bad,
I’d say. It was stressful, like I said earlier, but it was even worse when
you’re racing for no points and there’s no real incentive be pushing! But
you want to push to learn lessons about the car, be on the limit of it to
understand how the tire works, how it degrades and what we want from setup
and development points of view. It was crucial for us to understand that.
Every race we go to, we have multiple tire compounds to pick from so
understanding how that comes into play with different rubber on the track
and what will suit the car best… Corvette Racing does a great job on the
engineering side to log data, make notes, study it and take those notes to
the simulator to confirm things. It makes our jobs as drivers a lot easier
when we go to a track like this where we’ve not been to with this car. We’re
not fighting with the car in the first session; we know we can go in
confidently that the car is going to be pretty well-suited already so we
only need to make fine adjustments. Honestly this is probably the best car I’ve
ever had at Long Beach. I’ve been here a few times before, and this was the
nicest car I’ve driven here. It was stressful to drive but it was probably
one of the easier cars I’ve driven, and it was still quick. That speaks a
lot to the car setup.”

CHAMPIONSHIP OUTLOOK: “We’re in a good position. I think the 4 car and the
79 are close on points. So trying to build their gap will be more important.
Looking at the way the BoP has gone and you compare it from this year to
last year of where Porsche is, they should have a decent jump. These sprint
races suit us. We’re pushing the whole time. But when you get to an event
like Petit Le Mans where you have 10 hours of racing, that’s where you can
see their advantage grow. At the same time, we’ve seen races won by the
slowest car on track. So we’ll never give up.”


TOMMY MILNER, NO. 4 MOBIL 1/SiriusXM CHEVROLET CORVETTE C8.R – QUALIFIED
SECOND IN GTLM: "Realistically, I'm not completely happy. I haven't
qualified a lot in my career but have had some good race cars. Getting
beaten by your teammate isn't ideal, but they're the best comparison you can
possibly make. Those guys are doing a great job and you can't take anything
away from them. Our guys are pushing super-hard and I'm trying super-hard. I
probably threw away my last lap locking up the right-front tire on the
backstretch. That's unfortunate but the name of the game when you're trying
for every last little bit. I think we have a good Corvette. We were fast
right away in the first practice. We can tweak on it a little bit but I
think we fundamentally have a good race car. For the entire lifetime of this
C8.R, we show up to the track and the cars are really good and we're never
lost. It gives us the chance to find every last little bit. Awesome job by
Jordan but hopefully we can switch it around tomorrow again." 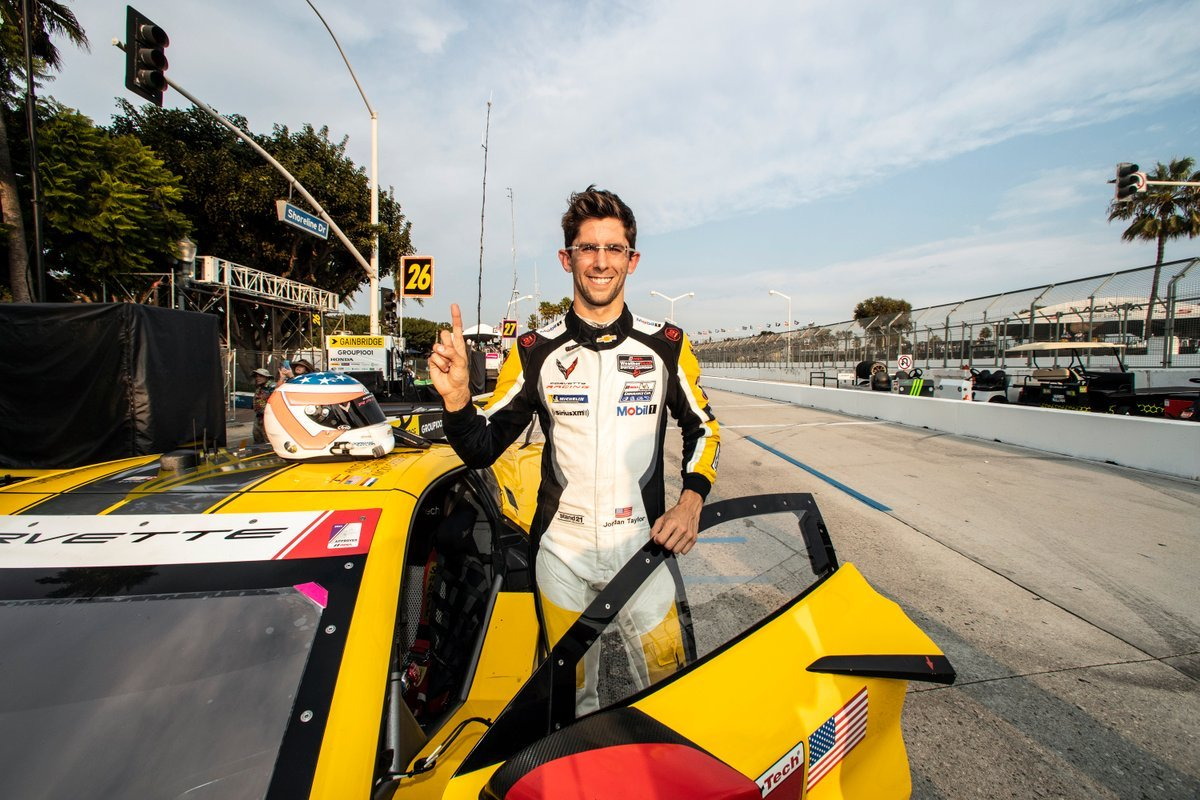