DETROIT (Sept. 21, 2021) – Corvette Racing’s mid-engine Chevrolet Corvette
C8.R has been on a global tour since its debut in January 2020. It has raced
at racetracks throughout North America, plus Belgium and France since then.


Now the Corvette Racing program is set to make its return to southern
California this weekend for the IMSA WeatherTech SportsCar Championship’s
Acura Grand Prix of Long Beach – postponed from its traditional spring date
due to COVID-19.


Long Beach is the second street circuit event of the season for Corvette
Racing, following the Chevrolet Sports Car Challenge in June at Detroit’s
Belle Isle. Tommy Milner and Nick Tandy teamed for a GT Le Mans (GTLM)
victory there in a non-points outing in the No. 4 Mobil 1/SiriusXM Corvette
C8.R, and the pair is coming off a win at Laguna Seca two weeks ago up the
coast in Monterey.


Second went to GTLM Drivers Championship leaders Antonio Garcia and Jordan
Taylor in the No. 3 Mobil 1/SiriusXM Corvette. The duo has four wins on the
season and five pole positions, plus a runner-up finish at the 24 Hours of
Le Mans. The combined efforts have Chevrolet in the Manufacturers
Championship lead.


The Chevrolet Motorsports Display opens at 8 a.m. Friday through Sunday.
Numerous Chevrolet vehicles and other highlights include:


Corvette Racing will contest the Acura Grand Prix of Long Beach on Sept.
24-25 from the Long Beach Street Circuit in Long Beach, Calif. Live
television coverage will air live on NBCSN at 5 p.m. ET on Sept. 25 with
live streaming coverage on TrackPass and NBC Sports Gold. Live audio
coverage from IMSA Radio will be available on IMSA.com, XM 202 and SiriusXM
Online 992.


ANTONIO GARCIA, NO. 3 MOBIL 1/SiriusXM CHEVROLET CORVETTE C8.R: "I think
there are a few things we can transfer from Detroit to Long Beach. In a way,
there are some similarities and those are mainly the walls! The track
surface and the way the circuit is laid out is a little different. We need
to work a little bit and look at some past race data. I'm sure we will come
up with a good setup to start. It won't be the first time for the C8.R on a
street circuit, so that's a good start. We can learn a lot from that.

"I've led in the Hairpin two years in a row and didn’t win either time!
Those are memories that you sometimes have - which races you've won and
which ones you've lost. Especially the way we lost those races will probably
stick in my head for a long time! A win there would definitely help
forgetting about those moments."


JORDAN TAYLOR, NO. 3 MOBIL 1/SiriusXM CHEVROLET CORVETTE C8.R: “Detroit was
a good lesson for us to have that weekend and understand what the C8.R is
going to be like on a street course. Long Beach is always a different
animal. It’s always difficult there with how limited the track time is and
keeping up with the track evolution. The Corvette guys have had so much
history there that we can understand how the track will develop so focus on
the car itself and what the drivers need. I have a lot of confidence. Long
Beach is always super-intense. I’ve been there many times in a prototype but
this is my first time in a GT class. It’s always looked like a proper street
fight in the GT classes so I’m sure it will be like that again this year, as
well.”


TOMMY MILNER, NO. 4 MOBIL 1/SiriusXM CHEVROLET CORVETTE C8.R: "Both Detroit
and Long Beach have track surfaces that are comparable. I think Long Beach
is a little more difficult because it used more as a public road throughout
the rest of the year, so it is quite dirty. As seems always the case, it's
very dirty and dusty, and we spend an hour of the first two-hour practice
cleaning the track. With Detroit under our belt – the first street race for
the C8.R – we can take some of those lessons, setup options and things we
tried to see how they carry over to Long Beach. Hopefully we can make the
most of an already compressed schedule and limited track time to get our
Corvette in a place that is comfortable for Nick and I."


NICK TANDY, NO. 4 MOBIL 1/SiriusXM CHEVROLET CORVETTE C8.R: "Long Beach is
always one of the events I look forward to most of the season. The actual
race is different in that it's a short race, a single stop and different to
what we normally do. The track is what I personally look forward to most.
It's a street circuit, yes, but it's quite different to some other street
tracks I've raced on before. You have that long open blast down Shoreline
Drive and some fast stuff in the middle sector as well. It's an enjoyable
track to try and get the car to the limit. We did have a good run at Detroit
in the No. 4 Corvette. We know the cars work well in this configuration.
It's been something I've looked forward to since our success at Detroit." 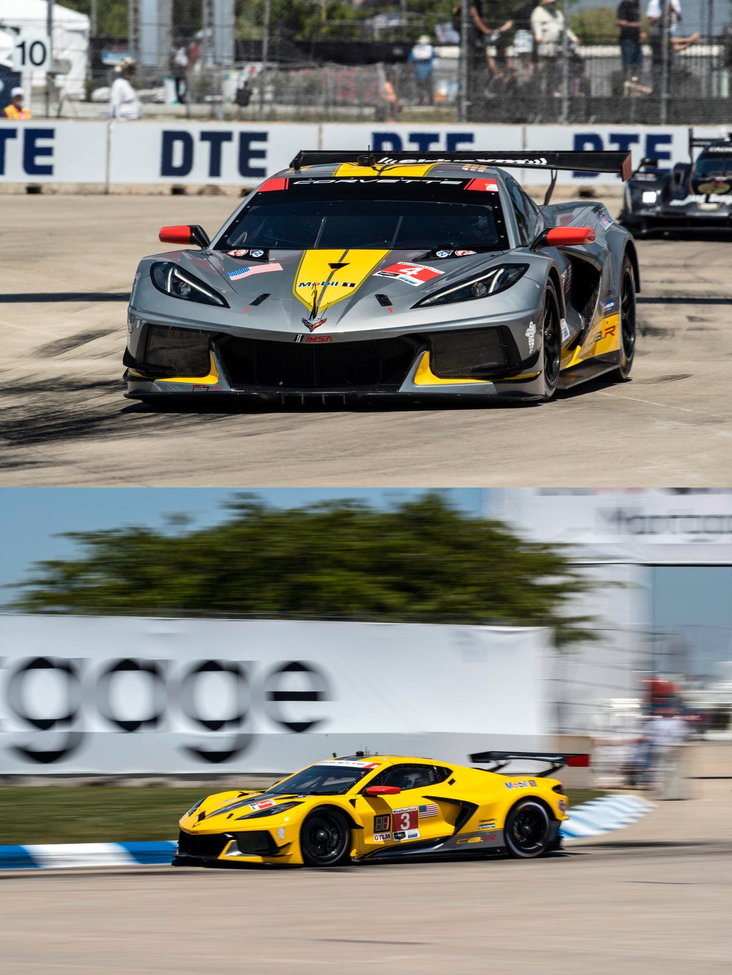