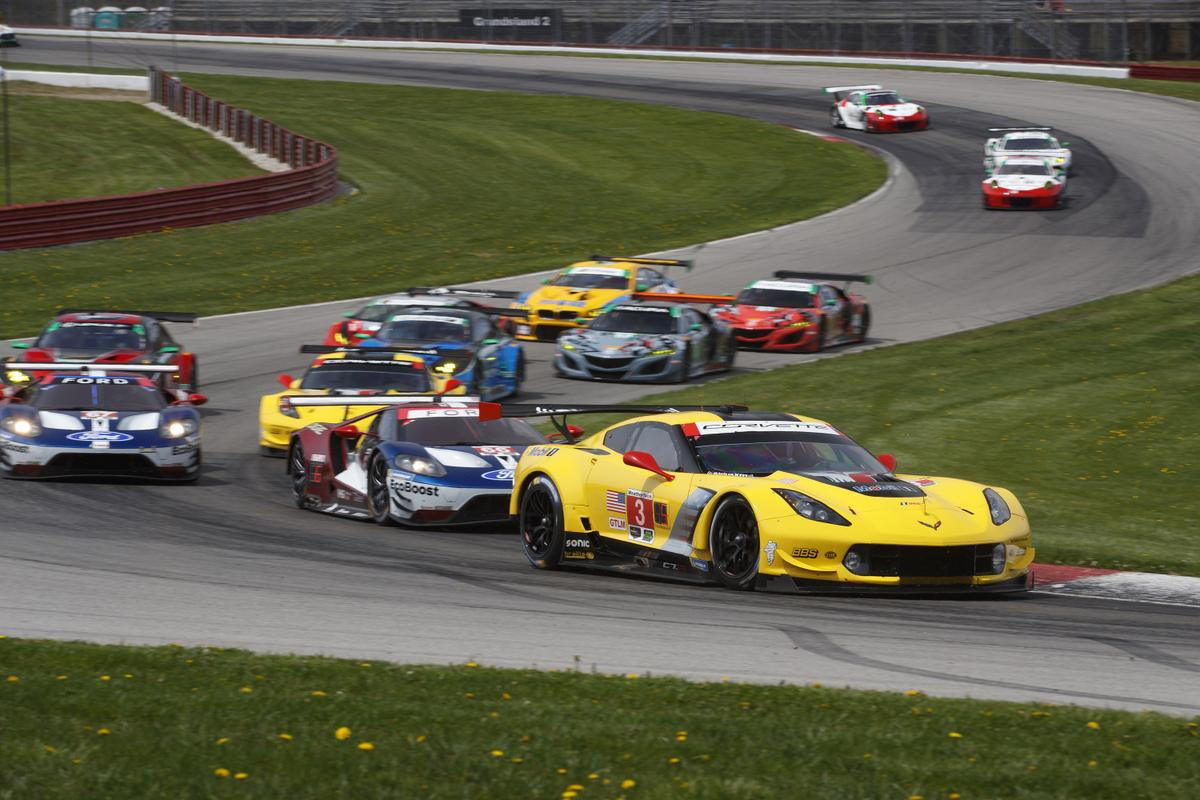 Team seeking to build on double-podium finish at Long Beach


CORVETTE RACING AT MID-OHIO: Looking to Ride Wave of Momentum
Team seeking to build on double-podium finish at Long Beach

DETROIT (April 30, 2019) – One year ago at Mid-Ohio Sports Car Course, Corvette Racing began its push to a third consecutive GT Le Mans (GTLM) title in the IMSA WeatherTech SportsCar Championship. The team is hoping for a repeat and momentum heading into the heart of its schedule.


The Acura Sports Challenge at Mid-Ohio is next up for Corvette Racing and its pair of Chevrolet Corvette C7.Rs this weekend. The most successful team in IMSA history – with 99 victories – is also the most honored at Mid-Ohio with eight class victories in 12 trips to the 2.238-mile, 13-turn road course.


Mid-Ohio is one of America’s most technical circuits with rolling hills and corners that create almost a roller-coaster type effect. It’s a stark difference from the opening three rounds of the GT Le Mans championship – Daytona, Sebring and Long Beach, which are largely flat and reward top-end speed.


Good vibes are flowing at Corvette Racing after second- and third-place finishes in the team’s last race at Long Beach to get the program into the GTLM Championship hunt. Defending Driver’s co-champions Jan Magnussen and Antonio Garcia placed second at Long Beach and stand third in points heading to Mid-Ohio, where they placed third a year ago in their Mobil 1/SiriusXM Corvette.


Tommy Milner and Oliver Gavin, in the No. 4 Mobil 1/SiriusXM Chevrolet Corvette, hope to improve their championship position following a third-place finish at Long Beach. The duo was the most recent Mid-Ohio winner for Corvette Racing in 2012 in the Corvette C6.R.


The Acura Sports Car Challenge at Mid-Ohio begins at 1:40 p.m. ET on Sunday, May 5. It will air on live on NBC Sports Network and the NBC Sports app starting at 1:30 p.m. Live audio coverage of practices, qualifying and the race from IMSA Radio is available on IMSA.com.

ANTONIO GARCIA, NO. 3 CHEVROLET CORVETTE C7.R: “Mid-Ohio was the first of many races last year where Jan and I had good results that led up to the championship. So we have a solid feeling about racing there. I enjoy the track. It has a good rhythm and flow to it. We will make sure in the practices that we have well-balanced Corvette that handles the elevation and directional changes with good drive off the corners. Long Beach was a solid weekend for the entire team, and hopefully we can keep that up at Mid-Ohio and into Le Mans.”


JAN MAGNUSSEN, NO. 3 MOBIL 1/SiriusXM CHEVROLET CORVETTE C7.R: “I’m really happy we’ve come back to Mid-Ohio. It’s a really good track with a lot of undulation and fun to drive. In the past we’ve been good there. Hopefully we can have a chance to fight for the win again. There is usually a lot of fans there, and it’s the last race before everything gets shipped over for Le Mans. It is a technical track. It’s hard to say that it is unique in that respect because most of the real tracks we race here in the U.S. are like that. You have tarmac, grass and then some hard stuff! But that’s what I enjoy most about racing in the U.S. You get to race these types of circuits where you have to really risk something to go a little bit faster.”


OLIVER GAVIN, NO. 4 MOBIL 1/SiriusXM CHEVROLET CORVETTE C7.R: “Mid-Ohio is a big challenge and is great fun. The surface there usually is very low-grip, so you feel like you’re all the time hunting for grip around a lap. I’ve personally had some good memories and good results at Mid-Ohio. No, last year didn’t work out so well for Tommy and I, but we understand the reasons why and we are hopeful of having a strong Corvette there. It’s not a bad track for the C7.R, but this will be the first time for us there with this spec of Michelin tires. That will be a little bit of a learning experience with figuring out what works with them and how to switch on the performance. But Mid-Ohio is a circuit where you can pass cars and one where you can race hard. It generally puts on a good race and a great event.”


TOMMY MILNER, NO. 4 MOBIL 1/SiriusXM CHEVROLET CORVETTE C7.R: “Mid-Ohio kind of reminds me of a go-kart track in a good way. You’re always working there with a lot of medium-speed corners that are all different but are all third- or fourth-gear corners. It’s such a tough race because you are working so hard for so long. Getting the balance right is oftentimes difficult with lots of elevation change, on-camber and off-camber sections, curbs you can use and curbing you can’t. It’s a really challenging track for us in our GT cars. Then you add in traffic with the prototypes and slower GTD cars… it’s difficult and frustrating for everyone. But it’s a classic sports car course. We’re lucky in the U.S. to have tracks like Mid-Ohio with so much history and character. It’s one we haven’t raced at a lot recently, so our book on setup stuff is somewhat new with the C7.R. We took good notes after last year’s race, so we’re looking forward to going back there to see how we can make the car better and have a better race.”