BRASELTON, Ga. (Nov. 12, 2021) – Corvette Racing will line up on the second and third rows of the GT Le Mans (GTLM) category grid Saturday for the 10-hour of Petit Le Mans and the final race of this year’s IMSA WeatherTech SportsCar Championship as well as the GTLM category.


Antonio Garcia was the quickest Corvette driver in Friday’s 15-minute GTLM qualifying in the No. 3 Mobil 1/SiriusXM Chevrolet Corvette C8.R at 1:15.930 (120.426 mph). He’ll start third in the mid-engine Corvette he shares with Jordan Taylor and Nicky Catsburg as the trio looks to end the season in the same way they began it – a victory in a blue-riband endurance race.


Garcia, Taylor and the No. 3 Corvette need only to start the race to complete a second straight sweep of the full-season GTLM Drivers and Team titles. Chevrolet will clinch its 14th IMSA GT Manufacturers Championship if either of the two Corvettes take the green flag.


The 10-hour Petit Le Mans is Corvette Racing’s 250th event all-time, dating back to the 1999 Rolex 24 At Daytona. – will serve as a Corvette Racing celebration as the race’s green flag will officially bring another sweep of the GTLM Manufacturers, Drivers and Team championships to Chevrolet and Corvette Racing for the second year in a row.


In addition to the full-season GTLM titles, Corvette Racing and Chevrolet also lead the IMSA Michelin Endurance Cup standings in the Manufacturers, Drivers and Team categories. Points are awarded at the four-, eight- and 10-hour marks. The two Corvettes and their drivers are 1-2 in the standings while Chevy leads the Manufacturers race by two points.


Corvette Racing has eight class wins at Petit Le Mans and is seeking its first win at Road Atlanta since 2010. It would be a fitting end to the GTLM era as the program has more wins (29) than any other entrant in the class since its debut in 2014.


Petit Le Mans is scheduled for 12:10 p.m. ET on Saturday from Michelin Raceway Road Atlanta. The live television broadcast begins at noon ET on NBC followed by 7.5 hours of coverage on NBCSN from 3 to 10:30 pm. ET. The full race will stream on TrackPass and NBC Sports Gold. Live IMSA Radio coverage will air on XM 202, SiriusXM Online 992 and IMSA.com, which also will host live timing and scoring.


ANTONIO GARCIA, NO. 3 MOBIL 1/SiriusXM CHEVROLET CORVETTE C8.R – QUALIFIED THIRD IN GTLM: “That was interesting – a minute-15 lap with 21 cars! To have 20-plus cars on this track was pretty stressful. Everyone wants to find a gap. It’s difficult to gauge how much faster we are than the GTDs, so I probably lost three-quarters of a session trying to find a gap until everyone started setting lap times and pulling into the pits. Those were really my first two laps that I could do. The car was still coming in. I didn’t nail the lap. It wasn’t a clean qualifying for me, for sure. I gave everything I could to get a decent lap. Tomorrow will be way cooler with a very long race and a lot of cars out there plus five hours of dark. Today was challenging and tomorrow will be even more.”


NICK TANDY, NO. 4 MOBIL 1/SiriusXM CHEVROLET CORVETTE C8.R – QUALFIED FIFTH IN GTLM: “It was a bit of a frustrating session. It was difficult to find space on track. You would do one lap. catch traffic, back off and the tires would cool. You’d try to go again so it was difficult to get a rhythm and the tires to work consistently. I’m sure we weren’t the only ones to have this. In the end, we kind of missed the potential of the car. Congratulations to the 24. It was a good run for them. Of course this isn’t a 100-minute race; it’s a 10-hour race. This isn’t the end of the world.” 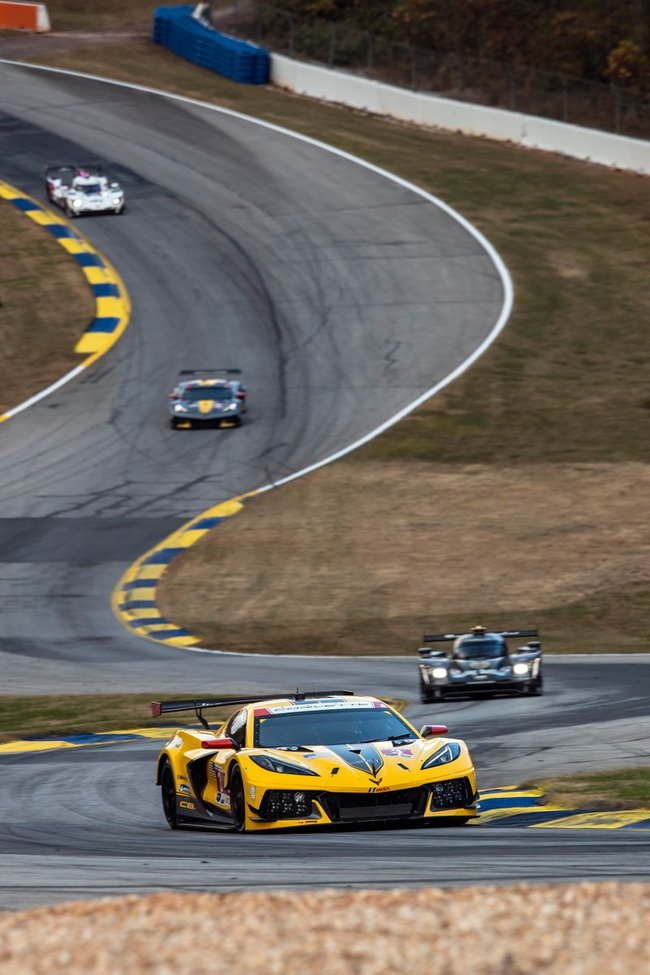