ELKHART LAKE, Wis. (Aug. 1, 2020) – Corvette Racing will roll off second and
third in the GT Le Mans (GTLM) category of the IMSA WeatherTech SportsCar
Championship for Sunday’s fourth round of the series at Road America.


Corvette Racing is on a two-race winning streak in the class. Championship
leaders Taylor and Antonio Garcia won a month ago at Daytona following a
lengthy break due to the COVD-19 pandemic, followed by a victory for Gavin
and Tommy Milner two weeks ago at Sebring.


The team has seven victories at Road America, and Corvette Racing held its
first on-track test of the C8.R at the circuit in 2018.


The IMSA WeatherTech SportsCar Championship at Road America is scheduled for
12:05 p.m. ET on Sunday with live network coverage on NBC plus streaming
options on the NBC Sports App. IMSA Radio will broadcast the race on XM 202,
SiriusXM Online 972 and at IMSA.com, which also will host live timing and
scoring.

JORDAN TAYLOR, NO. 3 MOBIL 1/SiriusXM CHEVROLET CORVETTE C8.R – QUALIFIED
SECOND IN GTLM: "It was a good day. It wasn't the smoothest that we've had
all year but we got good direction on the car this morning with what we
wanted to do for changes ahead of qualifying. Those showed really well, and
the Corvette was really nice to drive. We're still using this as a little
bit of a test session as we haven't tested here before with these cars.
There are a few more areas where we can make some improvements and gains for
the race. But to be second and third today is a good start. We're not sure
where everyone is on tire strategy, and once again it looks like it could
rain again. It'll be good and it's good to start up front. This is a tough
place to race with all the traffic and how narrow it is, but that's what
makes it exciting."


OLIVER GAVIN, NO. 4 MOBIL 1/SiriusXM CHEVROLET CORVETTE C8.R – QUALIFIED
THIRD IN GTLM: “It was a tight session. Certainly we were looking to
maximize everything that we had taken from the final practice with our
Corvette. We knew we needed to improve a little bit in some spots. We worked
away on it and did make some improvements, but also the track conditions had
changed a little so we were chasing that somewhat as well as some of the
changes we made. The qualifying session was very close. Tomorrow's race will
very much be a story of tires. That will all unfold in those first few laps
to see where we stack up with our competition. Plus most likely there will
be some rain at some point. Whether it comes during the race or not, we will
see. Everyone at Corvette Racing is quietly confident. The Corvette has been
competitive the last couple of races. This race tomorrow will be hard, but
we have the best team on the pitlane a great car in the C8.R. We will be
ready." 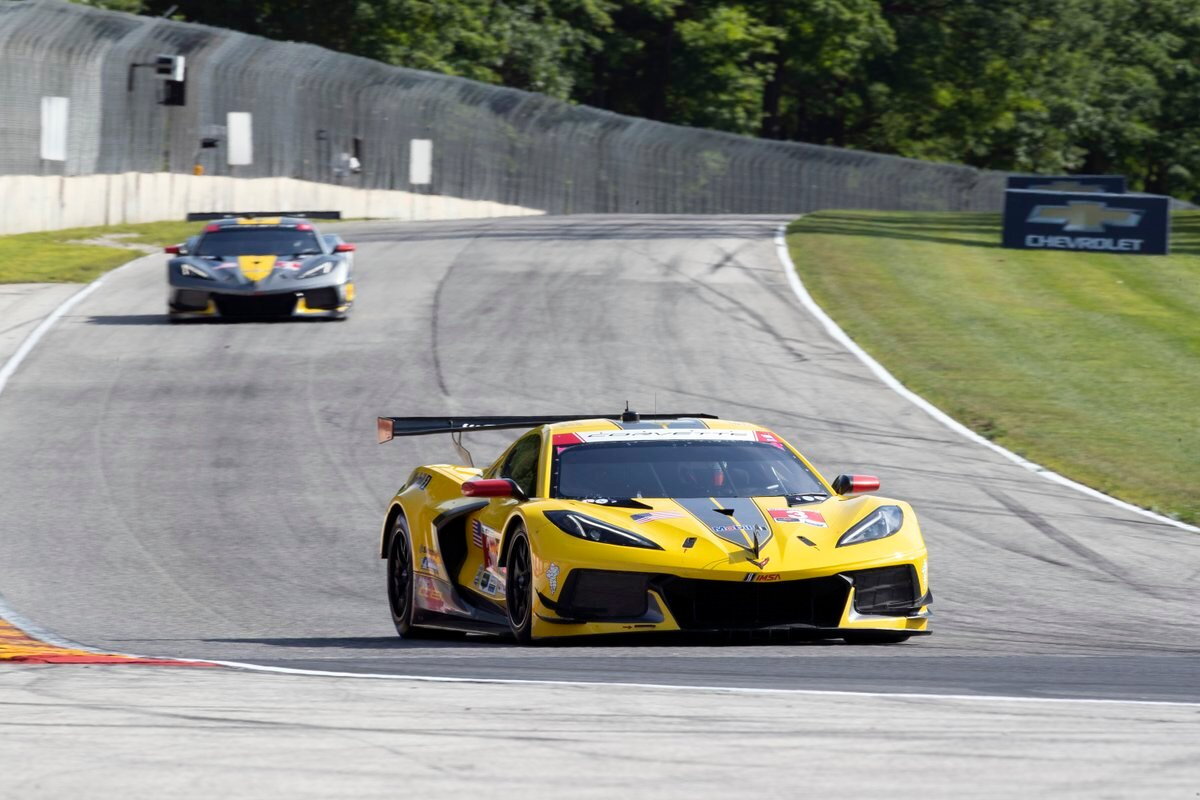