Taylor, driving the No. 3 Mobil 1/SiriusXM Chevrolet Corvette C8.R with
Antonio Garcia, set a best lap of 2:20.979 (103.368 mph) ahead of Sunday’s
two-hour, 40-minute race. Taylor and Garcia arrived at Road America after
three straight victories and lead the GTLM Drivers Championship, as does
Chevrolet in the Manufacturers standings.


Taylor went 0.627 seconds quicker than Nick Tandy in the No. 4 Mobil
1/SiriusXM Corvette that he shares with Tommy Milner. Tandy and Milner were
second in the two most recent GTLM races at Watkins Glen and Lime Rock, and
they also won the non-points Detroit round in mid-June.


Directly after Road America, Corvette Racing departs for France and its
return to the 24 Hours of Le Mans. As is tradition, the team in May used
Road America – with its long straights and sections of fast, flowing
corners – to test and develop the Corvette C8.R’s low-downforce setup and
aerodynamic package.


Corvette Racing will race at Road America in IMSA competition at 1:40 p.m.
CT on Sunday. Same-day coverage on NBCSN starts at 8 p.m. ET with live
streaming coverage on TrackPass and NBC Sports Gold at 2:35 p.m. ET. Live
audio coverage from IMSA Radio will be available on IMSA.com.


JORDAN TAYLOR, NO. 3 MOBIL 1/SiriusXM CHEVROLET CORVETTE C8.R – GTLM
POLE-WINNER: "Obviously a good session for us. We had a wet session to get
an idea of what the car might be doing. So heading into qualifying, we had
some confidence to know what to expect with tire pressures and to how to
warm up the tire. It was a little bit drier than yesterday with not as much
standing water. Getting the lap time in early when the tire was at its peak
is what got us the pole. We almost replicated the lap at the end but I think
that was just figuring out where to go in the wet. The C8.R was consistent
and it was strong. It's another 1-2 in qualifying for Corvette Racing so
that bodes well for us in the race no matter if the race is wet or dry."
MORE ON QUALIFYING: “It’s good to be back at Road America. It’s one of our
favorite events of the year. It’s Corvette Racing’s 20th race here so it’s
special be part of that kind of history at this track. Another 1-2 for the
team but it was definitely tricky. We had in-between conditions today for
qualifying – we had a wet session yesterday, dry this morning and in the
middle for qualifying. It’s good getting the car in these different
conditions, especially leading up to Le Mans next week where all these
conditions can play a part of it. The more miles we get on the Corvette in
these mixed conditions and learn, the better we will be at Le Mans and for
tomorrow.”

ARE MIXED CONDITIONS SOMETIMES MORE DIFFICULT THAN FULLY WET? “It was a
tricky session. Just watching the first GTD session, they were on slicks but
it looked like it was raining on half the track so we didn’t know what to
expect. For us, it seemed kind of damp everywhere – like a light rain. But
even then, each corner felt different each lap. It was hard to tell if that
was tire degradation or grip level or rain. It’s hard when you don’t have
that many cars around you to kind of judge from. Thankfully we were able to
get that lap in early and set a second pretty good lap at the end. No matter
what conditions we get tomorrow, the C8.R will be strong.”

DESCRIBE WHAT IT’S LIKE TO DRIVE THESE CARS IN THE RAIN: “It’s definitely
sketchy. When I joined them in 2012 as a third driver, it was known that
Gary Pratt (team principal) doesn’t like testing in the rain just because it’s
so easy to make a mistake; you’re in a knife edge the whole time. In testing
you can’t learn a whole lot, but at the same time you need to test some
amount to be prepared for a weekend like this where it is in these
conditions. From a driving point of view, it’s on edge… more on edge in the
brake zones and everything than it would be in the dry. Locking front tires,
locking rears, sliding the car... thankfully the team has developed so many
bits of technology in the car: lock-up lights to warn the driver when you’re
locking up a tire, traction control lights to let you know when the rear is
slipping to give you more signals than what you’re feeling in the car. They’ve
definitely made it easier for us throughout the years, but I think that’s
what everyone is doing around the world to elevate racing and competition.
That’s why I think you’ve seen everyone come so close when it comes to
laptime.”

IS THERE A FUN FACTOR TO IT? “It’s fun when you’re fast! When you’re slow,
it’s very stressful because it’s so easy to make a mistake. If you just
touch the paint at the wrong angle, you’ll be spinning off and you can’t
catch the car. It’s impossible. You’re very on-edge but at the same time
there is a bit of thrill with that where you are on edge, and the more
on-edge you are the more laptime there is. So it’s risk versus reward. Robin
Liddell was the one who said years ago in GRAND-AM that any driver who
enjoys the rain is lying because at any moment you can send it off pretty
quickly. Hopefully tomorrow isn’t as bad as last year. Antonio drove
yesterday where it was more wet than today. I think no matter the
conditions, the car has been proven. We’re looking forward to it.”


NICK TANDY, NO. 4 MOBIL 1/SiriusXM CHEVROLET CORVETTE C8.R – QUALFIED SECOND
IN GTLM: “We just missed it a bit with the setup. We’re still working on
getting the balance where we need to be. Tomorrow is going to be the
challenge if it’s dry with the temps and the tire degradation. If it’s wet,
which is looking likely, that presents its own challenges as well. We got
some good work in today but the majority will come tomorrow in warmup to
make any last-minute improvements.” 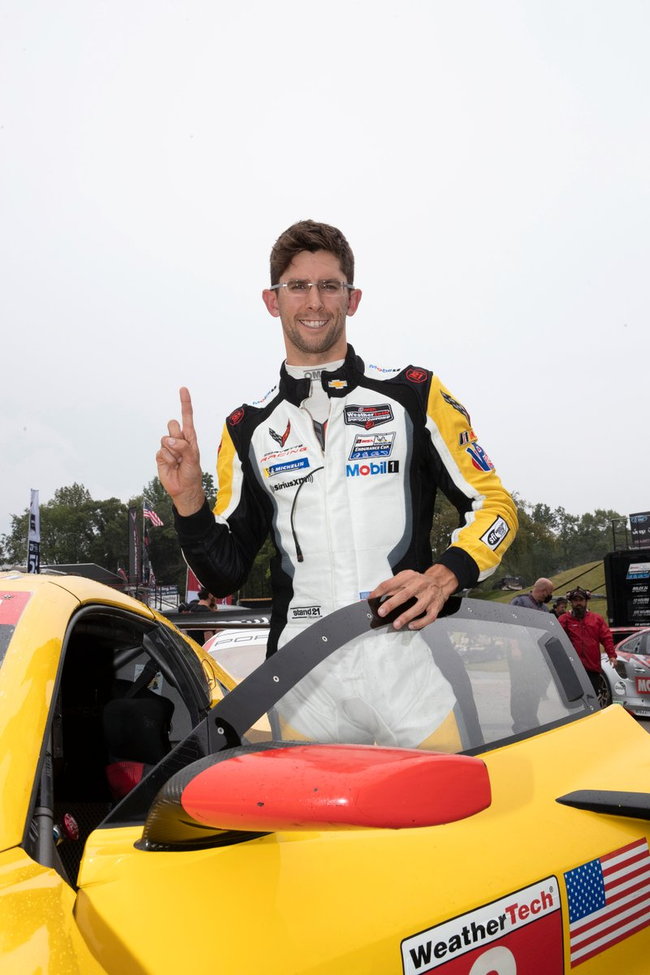