DETROIT (Aug. 23, 2022) – Corvette Racing seeks to win overall for the fifth time and sixth in class at Virginia International Raceway as the team returns to the track this weekend for the Michelin GT Challenge at VIR.


It’s the second of two GT-only races on the calendar for the IMSA WeatherTech SportsCar Championship. The event, scheduled for 2:10 p.m. ET on Sunday, is one that Corvette Racing has dominated since it went to its current format in 2014.


A Corvette Racing entry has claimed overall wins four times at VIR in IMSA competition, including each of the last two years. Antonio Garcia and Jordan Taylor, who share the No. 3 Mobil 1/SiriusXM Chevrolet Corvette C8.R, were victors in 2020 in the now-extinct GT Le Mans (GTLM) category.


They were second a year ago to Corvette teammates Tommy Milner and Nick Tandy, who are partnering this season in the FIA World Endurance Championship.


This year is the first for Corvette in the new GT Daytona (GTD) PRO category, and as such is the first at VIR for the GTD Corvette – which runs with more weight, less power, an anti-lock braking system and a spec Michelin tire compared to the GTLM class.


Aside from a win at the Mobil 1 Twelve Hours of Sebring in March, the season has been mostly frustrating with a runner-up finish at Canadian Tire Motorsport Park and third-place showings at Long Beach and Road America.


Corvette Racing’s love affair with VIR goes back to 2012. This will be the team’s 11th appearance at the 3.27-mile, 17-turn road course. The configuration of the circuit – two long straights and a mix of low- medium- and high-speed corners – creates opportunities for a number of engineering and strategic decisions. That’s an area where Corvette Racing has a distinct advantage given its 24-year history of competition.


The Michelin GT Challenge at VIR is scheduled for 2:10 p.m. ET on Sunday, August 28. The race will air live on CNBC and stream live on Peacock beginning at 2 p.m. ET. IMSA Radio will broadcast Saturday’s final practice and qualifying with the race call Sunday at IMSA.com, on XM 207 and SiriusXM Online 992.


ANTONIO GARCIA, NO. 3 MOBIL 1/SiriusXM CHEVROLET CORVETTE C8.R: "VIR has everything... nice flow, especially. This should be a good weekend for us. It's another 'first' weekend for the GTD Corvette. We don't know where we will stand. There are some long straightaways, so we will have to decide on the best aero package to see what is most beneficial. It's a track where we always have fun at and have a ton of success. Hopefully it's the same way this year again.
"There are a few tracks where we have to find aero balance like what we need at VIR. I would consider this track like Canadian Tire Motorsport Park or Watkins Glen where there are fast speeds and slow sections, but you probably need to take care of your top speed. At times, it pays to be a little lighter on downforce and being fast on the straights. We will figure out what's best.”


JORDAN TAYLOR, NO. 3 MOBIL 1/SiriusXM CHEVROLET CORVETTE C8.R: "In terms of enjoyment of driving around, VIR is probably in the top-three of the tracks we go to. It's one of those natural-terrain tracks that still feels like an old-school track. There's not much margin for error... high speeds and lots of elevation changes. It's just a lot of fun to drive. It's one of the ones we always look forward to going to.
"It's a place where you can get caught out pretty quickly with a lot of blind corners that are high-speed. So you do have to be careful. It's one of the better tracks we go to because it's an all-GT race. If we had prototypes there, it would be pretty difficult because of how narrow it is. Every time we go there, the racing is always tough and tight. We saw that last year in the GTLM class with only three cars. Going back there this year with a little bit bigger grid, the racing should be super good."


CORVETTE RACING AT VIR: By the Numbers
• 1: As in one team, one manufacturer and one model of car for 24 years: Corvette Racing, Chevrolet and the Chevrolet Corvette
• 3: Generations of Corvette Racing entries at VIR since 2012 – Corvette C6.R (2012-2013) and Corvette C7.R (2014-2019) and the mid-engine Corvette C8.R, which is 2-0 at the circuit since debuting there in 2020
• 4: Overall VIR race wins for Corvette Racing – 2016, 2017, 2020 and 2021. Antonio Garcia was part of the first three
• 5: Class wins at VIR for Corvette Racing, the most among IMSA entrants. Tommy Milner and Oliver Gavin won in ALMS GT competition in 2012, and Antonio Garcia and Jan Magnussen won overall in 2016 and 2017. Garcia and Jordan Taylor drove the C8.R to a win in 2020 with Milner and Nick Tandy victorious a year ago
• 9: Number of VIR victories for Chevrolet since 2002 covering both ALMS and the Rolex Series; that’s the most among manufacturers
• 14: Manufacturer Championships for Chevrolet and Corvette Racing since 2001
• 26: Tracks at which Corvette Racing has won races – Baltimore, Charlotte Motor Speedway, COTA, Canadian Tire Motorsport Park/Mosport, Daytona, Detroit, Houston, Laguna Seca, Le Mans, Lime Rock, Long Beach, Miami, Mid-Ohio, Monza, Portland, Road America, Road Atlanta, Sebring, Sonoma, St. Petersburg, Texas, Trois Rivieres, Utah, VIR, Washington DC and Watkins Glen
• 32: Number of drivers for Corvette Racing since 1999
• 122: Victories worldwide for Corvette Racing – 113 in North America, eight at Le Mans and one in the FIA WEC
• 262: Event starts by Corvette Racing since 1999
• 5,902.35: Number of racing miles completed by Corvette Racing in its eight previous trips to Virginia International Raceway. If all goes to plan, the team will surpass 6,000 miles after 30 laps in this year’s race
• 346,160.95: Total number of racing miles completed by Corvette Racing since its inception. To put that in perspective, Corvette Racing is more than halfway to the distance traveled by Apollo 13 – the longest manned spaceflight in history: 622,268 miles. That means Corvette Racing has raced to the moon and more than halfway back! 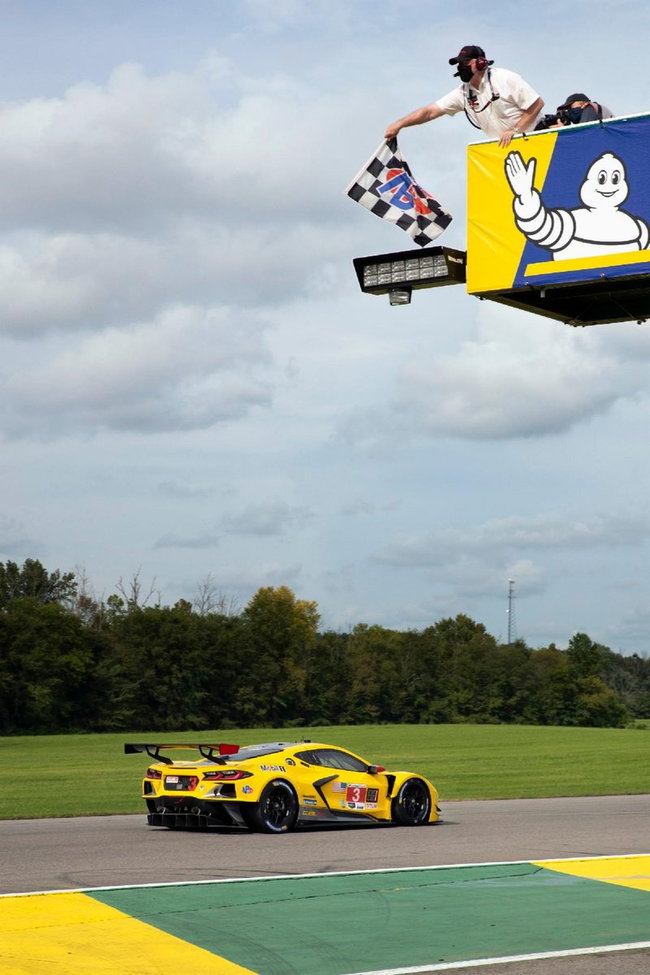