DETROIT (August 20, 2019) – Corvette Racing gets its second shot at overall
glory in the IMSA WeatherTech SportsCar Championship this weekend with an
annual visit to Virginia International Raceway. The Michelin GT Challenge at
VIR is one of two GT-only weekends in the IMSA championship and is one
Corvette Racing has captured twice.


The 3.27-mile, 17-turn road course is a favorite of all four Corvette Racing
drivers, and it’s easy to see why. A successful weekend for the program will
add to Corvette Racing’s tally of three victories and five podium finishes
since 2012. In addition, Chevrolet is the most successful IMSA manufacturer
at VIR in the field with seven total victories.


Each member of the Corvette quartet is a past race-winner. Antonio Garcia
and Jan Magnussen were overall winners in 2016 and 2017 – their most recent
victory – and finished second a year ago. Co-drivers in the No. 3 Mobil
1/SiriusXM Chevrolet Corvette C7.R, Garcia and Magnussen remain in
contention for their third straight GT Le Mans (GTLM) title with three
rounds remaining. They stand fourth in points and 19 out of first place.


The No. 4 Mobil 1/SiriusXM Corvette C7.R duo of Oliver Gavin and Virginia’s
own Tommy Milner won on Corvette Racing’s VIR debut in 2012, a victory that
netted them and Chevrolet the American Le Mans Series GT Championship. The
Gavin/Milner pairing showed strong form in the most recent race at Road
America with Gavin claiming the GTLM pole position.

ANTONIO GARCIA, NO. 3 CHEVROLET CORVETTE C7.R: “VIR is one of our favorite
tracks as a team. We’ve won quite a few times there and came up a little
short last year. So Corvette Racing really likes the track, and Jan and I
have had a lot of success. Traffic won’t be as much of an issue as at other
venues with Prototype cars. There are sections at VIR - like the Esses -
where if you get caught in traffic can play into the result. If you do it
right, you can make up a lot of time. But if you get stuck behind slower
cars, you’ll also lose a lot. So it’s important to be smart around there and
avoid any contact. We always look forward to going back there. Hopefully we
can win there again.”


JAN MAGNUSSEN, NO. 3 MOBIL 1/SiriusXM CHEVROLET CORVETTE C7.R: “VIR has been
good to us. We need it to be good to us again. We really need a win for this
season and the championship. There are some places where the result comes a
little easier than at others, and for some reason VIR is that for us. A lap
around there is super enjoyable and a big challenge. There are consequences
if you mess up, but that doesn’t away from it being such a fantastic
circuit. These are the kind I really enjoy. GTLM is so close that you have
to go for whatever gap presents itself. For sure, you try to be safe and try
not to damage the car so you have something to fight with at the end. But
the level of competition is so high that you have to take every shot you
can.”


OLIVER GAVIN, NO. 4 MOBIL 1/SiriusXM CHEVROLET CORVETTE C7.R: “VIR is
fantastic and one of the best ones we go to. A GT-only race makes it more
intense. It’s a track that’s technical, fast-paced and with a lot of grip.
Strategy always plays a role… if you run long in a stint or short, what tire
you run and the fuel loads. It’s an intense race that you can never take
your eye off. The track is technical and really tough to get it right around
a lap. When you do nail it, it’s terrific. It can be difficult to pass in
spots around there, but that’s just how the racing goes at VIR. We’re hoping
to be able to rekindle some of our past success and get that 100th IMSA
win.”


TOMMY MILNER, NO. 4 MOBIL 1/SiriusXM CHEVROLET CORVETTE C7.R: “It’s always a
fun weekend at VIR for a couple reasons. First off, it’s close to home and I
enjoy having family and friends at the track. The circuit is a great one,
especially for sports cars. There are great places for overtaking throughout
the lap, but a lot of those have a high level of risk. You have to quickly
decide whether to chance an overtake or be patient and lose some time. That’s
a great recipe for good sports car racing. Corvettes have been strong around
VIR in the past and the expectation is to be again this year.”


CORVETTE RACING AT VIRGINIA INTERNATIONAL RACEWAY: By the Numbers
• 1: As in one team, one manufacturer and one model of car for 20 years:
Corvette Racing, Chevrolet and the Chevrolet Corvette.
• 2: Overall VIR race wins for Antonio Garcia and Jan Magnussen – 2016 and
2017
• 2: Generations of Corvette Racing entries at VIR since 2012 – Corvette
C6.R (2012-2013) and Corvette C7.R (2014-current).
• 3: Class wins at VIR for Corvette Racing, tied for the most among IMSA
entrants. Tommy Milner and Oliver Gavin won in ALMS GT in 2012, and Antonio
Garcia and Jan Magnussen won overall in 2016 and 2017.
• 7: Number of VIR victories for Chevrolet since 2002 covering both ALMS and
the Rolex Series.
• 8: As in Chevrolet’s small-block V8. More than 100 million units have been
sold worldwide and is the most successful engine in American motorsports.
• 12: Manufacturer Championships for Chevrolet and Corvette Racing since
2001.
• 16: Number of GT Le Mans wins in the IMSA WeatherTech SportsCar
Championship for Corvette Racing since the start of 2014.
• 24: Tracks at which Corvette Racing has won races – Baltimore, COTA,
Canadian Tire Motorsport Park/Mosport, Daytona, Detroit, Houston, Laguna
Seca, Le Mans, Lime Rock, Long Beach, Miami, Mid-Ohio, Portland, Road
America, Road Atlanta, Sebring, Sonoma, St. Petersburg, Texas, Trois
Rivieres, Utah, VIR, Washington DC and Watkins Glen.
• 28: Number of drivers for Corvette Racing since 1999.
• 107: Victories worldwide for Corvette Racing – 99 in North America and
eight at Le Mans.
• 223: Event starts by Corvette Racing since 1999.
• 4,208.49: Number of racing miles completed by Corvette Racing in its six
previous trips to Virginia International Raceway. That represents 1,111 laps
or more than 16 trips from Tommy Milner’s home in Ashburn, Virginia to the
track.
• 295,850.10: Total number of racing miles completed by Corvette Racing
since its inception. To put that in perspective Apollo 13 – the longest
manned spaceflight in history – covered “just” 248,655 miles. 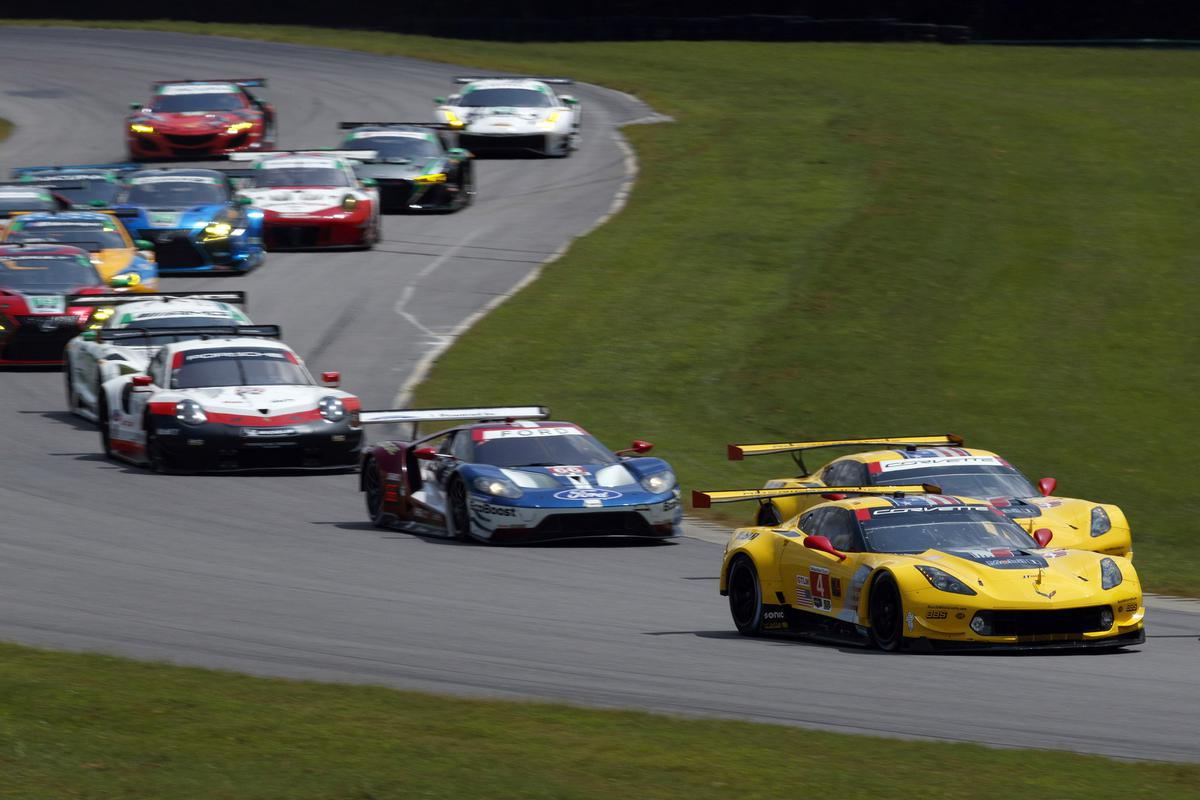