Press Release:
North America’s longest-running sports car program is back at The Glen for
this weekend’s Sahlen’s Six Hours of The Glen


CORVETTE RACING AT WATKINS GLEN: Glad to be Back

DETROIT (June 22, 2021) – To all those at and around Watkins Glen
International, Corvette Racing has a message:


North America’s longest-running sports car program is back at The Glen –
along with the rest of the IMSA WeatherTech SportsCar Championship – for
this weekend’s Sahlen’s Six Hours of The Glen. It’s the first of
back-to-back weekends at the circuit for IMSA teams and a trip that Corvette
Racing is relishing.


The next two weeks – including a two-hour, 40-minute sprint race on July 2 –
present an opportunity to make up for lost time after last year’s Six Hours
was cancelled due to the COVID-19 pandemic. That meant Corvette Racing didn’t
have the chance to show off the mid-engine Corvette C8.R during its debut
season.


Now, the Corvette quartet gets a chance to double its pleasure with more
than 8.5 hours of racing during the next two weekends around historic
3.4-mile, 11-turn road course that has played host to some of the most
famous faces, manufacturers and championships in the last 60 years.


Corvette Racing added itself to the honor roll of winners at The Glen with a
victory in 2014. There have been plenty of near-misses since with three
consecutive podium finishes from 2017-2019. The latest has a greater since
of irony this season as Garcia and Jan Magnussen finished second in GTLM
after a titanic late-race battle with Tandy, of all people.


Chevrolet on Display at Watkins Glen
In addition to happenings on the racetrack at Watkins Glen, fans will have
no shortage of things to see and do from Chevrolet’s automotive product
line. That’s because the Chevrolet Motorsports Display will be full of
Chevrolet vehicles that spectators can learn more about throughout the
weekend.


The Chevrolet Motorsports Display opens at 9 a.m. from Friday plus 8 a.m.
Saturday and Sunday in the fan midway. Numerous Chevrolet vehicles and other
highlights include:


The Sahlen’s Six Hours of The Glen begins at 10:40 a.m. ET on Sunday, June
27. Same-day coverage will be available from 7-10 p.m. ET on NBCSN. Live
streaming video on Trackpass via NBC Sports Gold and the NBC Sports App
begins at 10:35 a.m. ET. Live audio coverage of qualifying and the race from
IMSA Radio is available on IMSA.com, XM 202 and SiriusXM Online 992.


ANTONIO GARCIA, NO. 3 MOBIL 1/SiriusXM CHEVROLET CORVETTE C8.R: “The Glen is
one of my favorite tracks. I really missed the chance to get to know the
C8.R around there. The previous car was really good there and we had some
great races. It’s the same feeling I have about Le Mans; we missed it last
year too, and these are two places where I’m looking forward to driving the
C8.R around. Two consecutive races at The Glen will be interesting, but it’s
good preparation for the summer and what we have coming up in our
championship.”


JORDAN TAYLOR, NO. 3 MOBIL 1/SiriusXM CHEVROLET CORVETTE C8.R: “Watkins Glen
is a staple of road racing in North America. All the drivers and teams love
going there. It has such a huge fanbase for road racing. It was a huge loss
for us last year. It’s one of the coolest tracks in America and has that
old-school feel that a driver enjoys and fans love to watch. It always
offers great racing, and the Six Hours is a classic event on our calendar.
It’s also another endurance race that we can get under our belt before we go
to Le Mans, so it checks off a lot of the boxes that we missed out on last
year.”


TOMMY MILNER, NO. 4 MOBIL 1/SiriusXM CHEVROLET CORVETTE C8.R: “Watkins Glen
is one of the classic American racetracks, and the Six Hours is one of the
crown jewels of sports car racing worldwide. To miss that one last year was
a big bummer. We’re all excited to get back there this year and go for it
with this new C8.R. We haven’t raced there with this car, so we’re looking
forward to seeing what it can do. The C8.R should be pretty well-suited to a
track like Watkins Glen. It’s a pretty fast and high-speed circuit. I think
one place we felt like we struggled with the C7.R was the Carousel coming
out of the Bus Stop. We’re excited to see what this new Corvette can do.”


NICK TANDY, NO. 4 MOBIL 1/SiriusXM CHEVROLET CORVETTE C8.R: “We missed being
at Watkins Glen last year. It’s a circuit that absolutely should suit this
C8.R. It’s fast, flowing and a high-downforce circuit. It’s just great to
drive on. I can’t wait to see what the Corvette is like around there. The
last time we visited The Glen, I had a titanic tussle with Antonio and the
No. 3 Corvette. It was a duel to the end! I’m looking forward to being on
the other side, going back to back at Watkins Glen but this time in a
different car!” 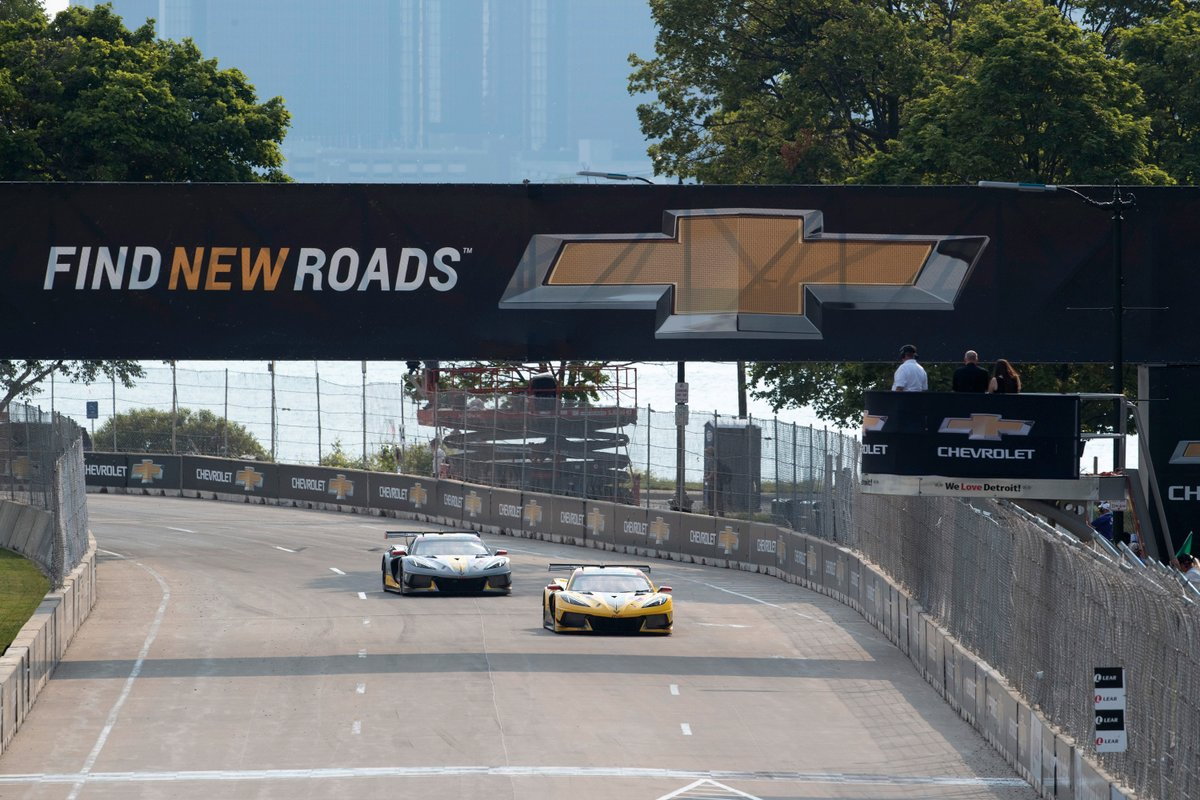 Corvette Racing Hopes to Continue their Success at Watkins Glen