DETROIT (July 3, 2019) – It’s a quick turnaround for Corvette Racing as it heads north of the border following an up-and-down weekend at Watkins Glen International. For the 20th consecutive year, Corvette Racing will contest an event at Canadian Tire Motorsport Park as the IMSA WeatherTech SportsCar Championship prepares for the series’ only stop in Canada.


The GT Le Mans (GTLM) points race is in full swing ahead of the category’s sixth race of the year, which marks the midpoint of this year’s championship. The 2.459-mile, 10-turn road course is one of Corvette Racing’s most successful venues with 11 class victories.


Antonio Garcia and Jan Magnussen, teammates in the No. 3 Mobil 1/SiriusXM Chevrolet Corvette C7.R, have solid momentum heading to CTMP. The 2014 GTLM race-winners are a run of four consecutive podium finishes in their search for a third consecutive GTLM Drivers’ championship.


A runner-up finish last weekend at the Sahlen’s Six Hours of The Glen vaulted them to a tie for second in points, although they are more than eager for their first victory since 2017.


On the flip side, Oliver Gavin will drive the No. 4 Mobil 1/SiriusXM Chevrolet Corvette C7.R with CTMP debutant Marcel Fässler. One of the team’s endurance drivers, Fässler fills in for Tommy Milner, who suffered an injured hand in an opening-lap crash at The Glen.


The incident also forced the team to rebuild the No. 4 Corvette for the second time in three weeks. Following Fässler’s heavy crash at the 24 Hours of Le Mans, Corvette Racing was forced to switch to a different C7.R chassis for Watkins Glen. Milner had qualified third before being hit from an overtaking car on the third turn of the race. It caused substantial damage but the Corvette Racing team completed all repairs Monday ahead of the trip to Canadian Tire Motorsport Park.


Gavin last won at CTMP in 2013 with Milner and is a four-time winner at the track.


The Mobil 1 Sports Car Grand Prix presented by Acura begins at 1:05 p.m. ET on Sunday, July 7. It will air live on NBC beginning at 1 p.m. ET. Live audio coverage of practices, qualifying and the race from IMSA Radio is available on IMSA.com.

ANTONIO GARCIA, NO. 3 CHEVROLET CORVETTE C7.R: "We all feel badly about Tommy. The amount of bad luck for the No. 4 team is unbelievable. Jan and I came close again to finally winning another race at Watkins Glen. The points and podiums are good but we more and more want to breakthrough and be on the top step. Canadian Tire Motorsport Park should give us another good chance as Corvette Racing has won a lot of races there. It's a track that I think everyone likes with big risks and a lot of speed. It's one of the best classic tracks that I've ever raced on. CTMP has been good to Corvette in the past and we hope it is again this time."


JAN MAGNUSSEN, NO. 3 MOBIL 1/SiriusXM CHEVROLET CORVETTE C7.R:“It’s terrible about Tommy. I hope he’s able to get back to driving soon. I love Canadian Tire Motorsport Park. It’s absolutely one of my favorites. It’s so much fun to go around there in a good car… which the Corvette obviously is! It’s so fast. If you have the confidence and car underneath you, a lap around there is one of the most fantastic feelings in the world. Antonio and I are looking forward to going back there and keep building on this championship run that we have going. We still need to get a win pretty soon, but whatever we’re doing seems to work for points.”


OLIVER GAVIN, NO. 4 MOBIL 1/SiriusXM CHEVROLET CORVETTE C7.R: “First off, I’m gutted for Tommy. We’ve been teammates for nine seasons now and competed together many years before that. It’s unfortunate for him and the team, but we’re at the same time glad we can call on a trusted hand in Marcel to fill in while Tommy heals.

“Canadian Tire Motorsport Park has brought great success to Corvette Racing over the years. We’ve had many victories, and I’ve personally enjoyed success there. It’s a huge, challenging track with the fact that it’s run by Corvette Racing legend Ron Fellows and his family makes it feel like home, really. The track is just fantastic to drive. It’s one of those that has not changed; it’s really old-school, which is really refreshing when you go to lots of other tracks around the world that have been somewhat sanitized. You really have to be on it there. Our Corvettes have suited that track in the past, and we hope we will have a strong chassis there for the weekend. We’ll find out once we get there but it’s usually very close and very tight racing.”


MARCEL FÄSSLER, NO. 4 MOBIL 1/SiriusXM CHEVROLET CORVETTE C7.R: “I wish my first race at Canadian Tire Motorsport Park was under different circumstances. We all feel bad for Tommy but I think everyone at Corvette Racing knows we still have a job to do. This track is one I have always wanted to race on. It has a great reputation around the world going back to the Formula One days. I have heard from the other drivers how fast and exciting a lap around CTMP is in the Corvette. I’m looking forward to experiencing that and helping all of Corvette Racing toward what we hope is another GTLM championship.” 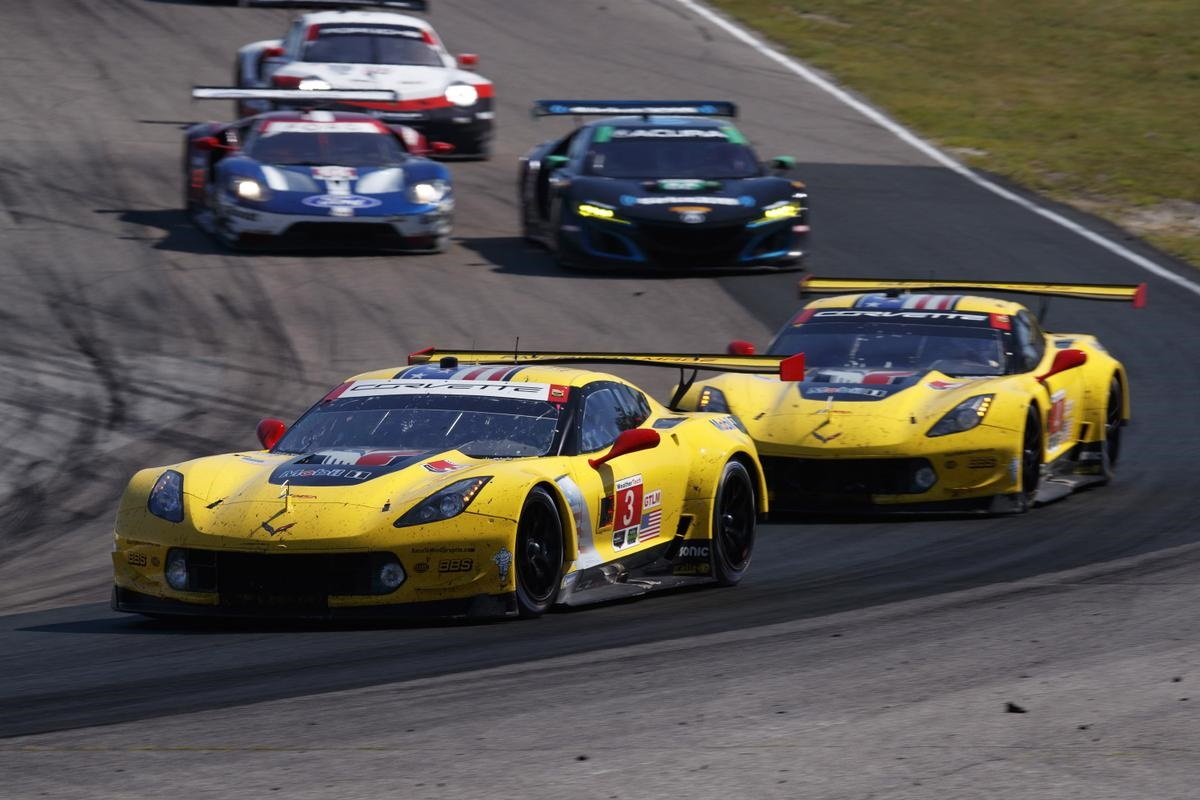