Virtually all of my racing friends know David James, who has been part of
Corvette Racing since its beginning, serving as pit crew member, mechanic,
and truck driver. Equally important, DJ has been a mentor to younger crew
members coming on board, and a true friend to race fans around the world. He’s
the guy who put countless numbers of children into the seat of a Corvette
race car and gave them a thrilling memory they will carry forever. He’s the
guy who always has a joke to tell, a story to share, and a few minutes to
spare for anyone with a question or two. He’s the one who carried on the
now-famous train horn blowing tradition at Le Mans. He’s the one who went
out of his way on many occasions to detour while driving the transporter to
and from a race to make a surprise visit to the National Corvette Museum or
to visit a child who was unwell. Just imagine what it did for a child
suffering with a serious illness when a team transporter pulled up to his
house, the liftgate came down, and a factory Corvette race car came out!
Since the beginning of the program, DJ has been front and center helping
bring Corvette fans from around the world together into one unified
family --- the Corvette Nation. Now DJ faces a battle against cancer, and
though he continues to work while undergoing intensive radiation treatment,
mounting medical bills are creating financial stress that is making his
struggle to recover that much more difficult. Anyone wishing to help Dave
and his wife Denise can do so here: 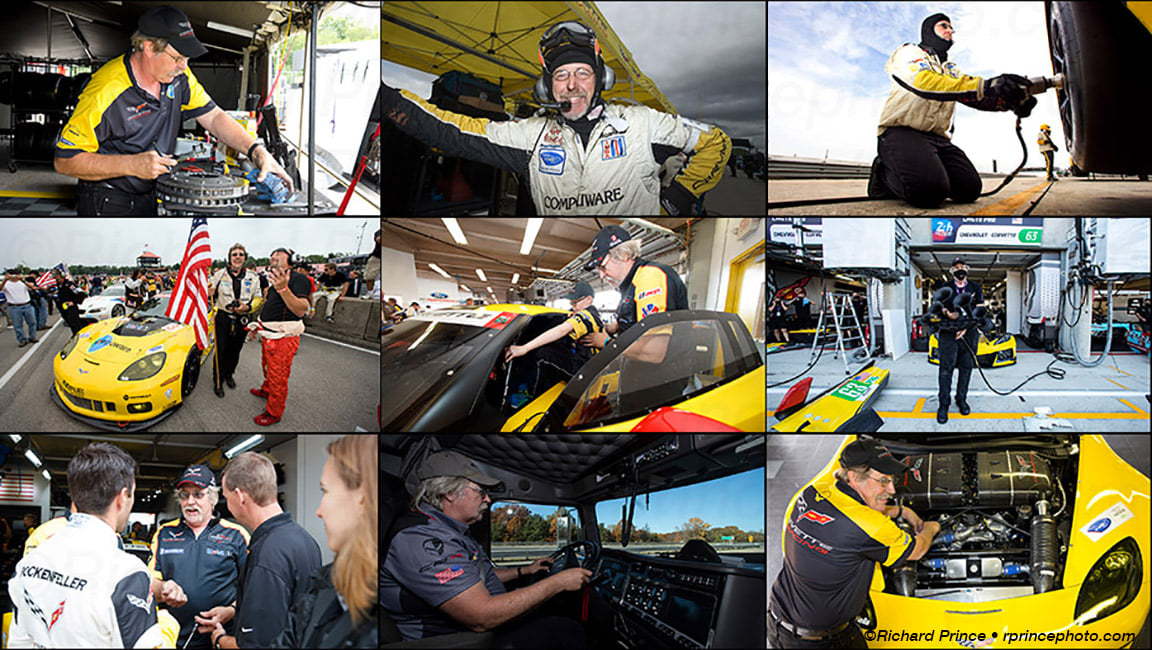