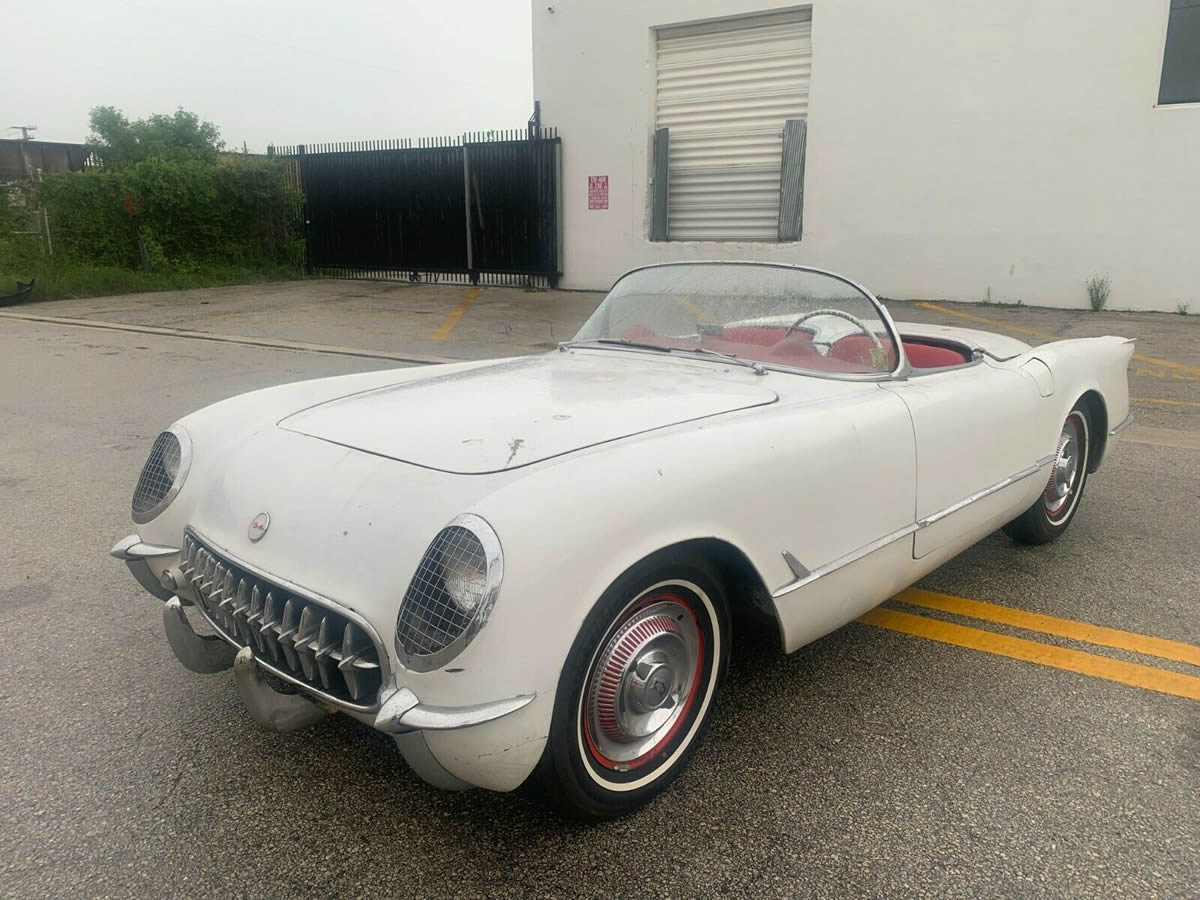 It may look a little rough around the edges, but this unrestored, 1954 Corvette VIN E54S004227 in Polo White is actually in pretty decent condition considering that it's been sitting in a barn since 1987. And it still runs!

Listed on EBAY by an unknown seller in Miami, Florida, the car was originally purchased by the father of Carolyn King in Texas. The daughter held on to the Corvette until the family moved out of Texas and she was getting too old to take care of it. The family eventually sold it to Druk Auto, LLC in Minnesota where it resided until now.

According to the listing, the numbers-matching Corvette is in need of restoration, but the interior is in decent condition with seats that were recovered at some point in the car's past.

This 1954 Corvette with 83K miles has been sitting in a barn since 1987 and has been kept in the same family with one owner since new.

www.corvetteactioncenter.com
You must log in or register to reply here.