Upon his 90th birthday, he decided to treat himself to a brand new toy - a Torch Red 2021 Corvette with Adrenaline Red interior.

He special ordered his fourth Corvette through Cecil Clark Chevrolet in Leesburg, Florida. In order to celebrate the veteran's 90th birthday and the arrival of his Corvette, the dealership held a celebration in his honor the day he and his wife Barbara arrived to take delivery of their brand new Corvette. 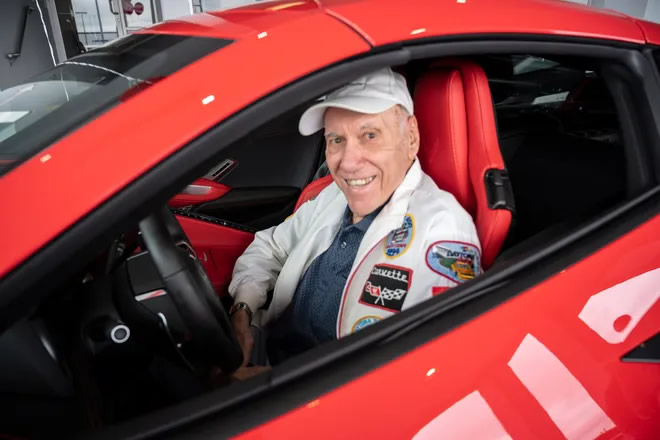 Chuck Cook stands next to his new 2021 Chevrolet Corvette at Cecil Clark Chevrolet in Leesburg. [Cindy Peterson/Correspondent][/caption]
According to Chuck:

“This is my birthday present to myself,” Cook said. “I’ve owned corvettes since 1981 when I bought my first one. This makes my fourth one in my lifetime. I can’t wait until the pandemic is over so I can get this to all the car shows.”
Click to expand...

Chuck has been driving Corvettes for 40 years and became a founding member of the Touch of Glass Corvette Club after moving to Florida where he resides.