Does anybody (besides me,of course)have a G-Tech?
I get ridiculous readings on mine sometimes that make me wonder just how accurate that thing is.

As small as it is,how the hell can it be accurate?:confused

I usually get acceptable,though optimistic,readings,but I just discovered that according to the G-Tech,my L-98 has 718 horsepower.That's up from my last reading of 288.

Man,ya take that frisbee off and tap into all sorts of power

Sorry I haven't posted that pic yet,but I have been

You got a lot of horsepower from that engine Richard, and you didn't even remove the frisbee or chrome the banana relay pin? How'd ya do it? :L

I don't have a G-Tech, but somebody here had a thread going on theirs a while back. I'm sure somebody will pipe up soon. Hang in there.

BTW, the ARE supposed to be fairly accurate.

I have a g-tech pro and it seems to work fine. You need to be on a level surface to get the best results. You can also use a horsepower calculator and plug your elapsed times and vehicle weight into to see if the numbers you are generating are in the ballpark.

I've got one as well; haven't used it on the Vette yet but it got reasonable numbers on the other cars I've used it on. Gotta make sure the weight is accurate.

Size matters not... accelerometers can be very tiny.
[RICHR]
H

My choice for self-contained, vehicle dynamics testers is the Vericom VC2000, however, there are many people who use the g-Tech and, admittedly, it cost quite a bit less than a Vericom.

I've heard other anecdotal accounts of such innaccuracies in g-Tech data. It was explained to me once that the g-Tech's mounting is not as stiff as it should be and, occasionally, the motion of the car at launch causes inaccurate readings because shock loads cause the mounting to flex a bit.

Self-contained, accelerometer based devices need a very rigid mounting system to prevent inaccuracies due to the mounting system itself from being introduced to the data.

One of the reasons I like the Vericom is its four-point mounting.
Hib Halverson
M

how much do these devices cost ? I might be interested in getting one - its gotta be cheaper than going to the track all the time to see if a mod has helped or hinderd.
B

I think we paid something a little less than $300 for our G-Tech. I still haven't used it on the Vette successfully yet (not sure where to go for a good road around here).

misterKTM said:
how much do these devices cost ? I might be interested in getting one - its gotta be cheaper than going to the track all the time to see if a mod has helped or hinderd.
Click to expand...

$149 plus shipping straight from the manufacturer. Also check eBay - I picked mine up for about $99.

The other poster was correct - mounting stiffness does make a big difference...
[RICHR]
F

Read my post of gtech vs the track times

How about the Race-Technology AP22. $250. Doesn't look too shabby with the listed features compared to G-Tech and way cheaper than a Vericom.
Graham

Wow... even the AC-22 at $190 looks pretty sweet. The UI is *much* nicer than that of the GTech, which is my biggest complaint about it. Thanks - I'd never heard of this unit. Wonder how its accuracy is in real-world usage.
[RICHR]
M

I have a GTech and it works great. is usually .1 sec slower than actual ET and 3-4 mph high.
Mannnn... You Must Be Fast, Because You Were Haulin ASS When I Passed You!! 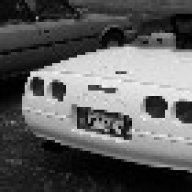 I have an AP22. It works great. The times posted are a little higher. I only checked at the track once.

U
Help With scan readings