DETROIT – General Motors announced today that for 2007, the company will fundamentally change drivers’ access to navigation by offering more than two million vehicles in the U.S. and Canada with the first factory-installed, fully-integrated off-board GPS navigation system – OnStar Turn-by-Turn Navigation.​


The new service from OnStar by GM will be standard for the first year on a number of GM retail vehicles sold in 2007 including nearly all Buicks and Cadillacs. OnStar Turn-by-Turn Navigation will also be available on many other GM vehicles through a $100 optional OnStar package upgrade during the initial year of service.​


Customer demand for in-vehicle navigation systems is rapidly rising. According to a J.D. Power and Associates 1 estimate, 1.2 million 2005 model year vehicles in the U.S. were equipped with factory-installed navigation systems representing a 41 percent increase over the 2004 model year.​ 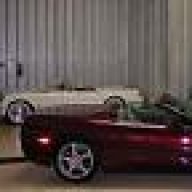 Let me guess...the wife tells you where to go?

Buicks and Caddy are old folks cars-What about vetts ? Do we get the leftovers ?
You must log in or register to reply here.