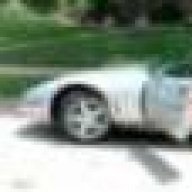 My 88 with the 4+3 has a problem I need help trying to figure out.
The engine has this hesitation when the throttle is opened. The engine will just bog a bit (and sometimes backfire through the intake when cold) before the RPM start to rise. Its kind of anoying.

The 4+3 overdrive is supposed to kick down just like an automatic trans. Mine will stay engaged until you push the button on the shifter, then it will disengage. If you take off hard from a stop the overdrive should hold out till fourth gear. Mine comes in as soon as you get in to second. Even if you are at full throttle.

The other night I had it on the interstate. After running up to about 120 and doing some full throttle runs in between, the hesitation problem dissapeared, The overdrive started to work correctly also. I got an SES light at the same time everything started to work. Codes were 21 and 42. Code 21 is TPS signal high, thats why I replaced the TPS. Code 42 is EST circuit open or ECM. Checked the conections to the module on the side of the A/C blower, I think that is the EST module. all seem okay.

The next day when I took the car out both problems were back. Cleared the codes. No codes since?
96 CE convertible LT4 red interior
73 Dodge Charger Rallye 440 Magnum 727 auto

You cleared the codes and none had come back. How about the problem. Did it go away as well, or is it still acting up right now?

The EGR will cause these kind of problems.

A bad Cat or two will cause this problem as well. That is because the Cat material will move around in the housing. Most of the time exhaust can flow past. However, it the broken chunk turns sideways, it is like stuffing a sock up the tail pipe. Maybe the high speed running created enough pressure that the pipe was open for a while??

I have gotten that EST code many times before, but it never developed into any other problem. It has always been intermitent.

Right now your problems is too hit and miss to really figure out what it is. In fact, you could have a bad plug wire or water in the gas.

About 2 days after I bought the ole gal, I discovered the Check Engine light was missing, and I found out why...it stayed on due to all the problems, code 42 was one of them. To fix it I removed the connector and found they used compression connectors for the wire. In that is is initially shaped like a vee, you set the wire in the "v" then it is punched down. The cutting sides down in the "v" sever the insulation till the inside wire comes into contact to the metal "v". It is a nice way to connect wires we use it in the Telephone business all the time, but I do not think it was meant for use on a vette. You need a more solid way to connect wires, once you move the wires the connection starts to become intermittent causing the problems such as low voltage in the EST circuit. I removed the connector, removed one wire at a time and cut the end off and reset the wire back in place, then when all were done, I covered all the wires with a hot glue gun on top of the connector, taking away the chance for the wires to move around. Hope this helps...
You must log in or register to reply here.