Is anyone familiar with this wiper conversion kit? 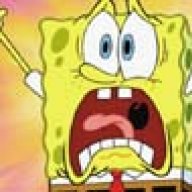 I thought this 2speed conversion kit looked like an interesting alternative to the side-mounted kit sold thru Corvette Central. The motor mounts under the dash instead of behind the kick panel.

Does anyone have any experience with this kit? What are your thoughts?

I hope the link works.

Wes I seen the system in person last year at carlisle. It looked like the greatest thing since sliced bread at first ,

Then after I took the time to soak in the kit, I just could not figure out how you can make the adjustments and assembled the kit.

Now these are my personal thought from a twenty minute time at the booth in carlisle trying to understand the system.

Me personally have no problem with mechanical things ,but when there is tons of adjustments, ways to put things together wrong I fall to pieces from lack of patience.

best of luck. I purchased the system John McGraw has from wiper specialties and wasn't the simplest to install

Hows things going with your project give us an update.

Also we should hook up at carlisle

I saw one of these setups today over at Billy Dawson's shop, and once installed, it looks real good, and looks like a stronger setup than the SPW system like Larry and I used. The cowl vent will clear the setup.
When I asked Billy what he thought about it, he said that it was a MAJOR pain to install. Keep in mind, that the SPW setup is tough to install and Billy has probably installed dozens of them, but he says that this is HARD to install!
I asked whether he was switching to these setups on the cars he builds for customers, and he said that in spite of the difficult installation, he probably would use them on future cars. I would guess that after he has installed a few of these, he will probably have it down pat, but it sounds like a big undertaking for somebody who has never done one. On the upside, it looks like they are about the same cost as the SPW kit.

Yeah, it does look hard even after reading through the 13 pages of detailed instructions (with color pictures). There's a guy selling these kits on Ebay for less than the listed price on the website. We'll see... I still have time to decide.

The project is finally in progress (yeah!). My SRIII arrived in May and I bought the LS2/ 6speed in June. They have since been married. I went ahead and ordered the Stage II chassis with D44 C4 rear and C5 front suspension & coilovers on the corners. They really are works of art, aren't they. I found a rod builder here in OKC who is putting everything together for me. I simply don't have the time (darn career keeps getting in the way!) or the space.

I've got quite a few items on order including fuel tank, Ididit column, Budnik steering wheel and WiseGuy seats. Boy, these items add up in a hurry, don't they! The body has been fitted and initial cuts made to the inner fenders and trunk. It goes to the body shop in a few weeks and I finally decided to go with the original colors - black w/ silver cove but, of course, we're a long way from paint. I really didn't want to copy you guys on the wheels, but I simply couldn't find anything I liked better than C5 wheels.

Anyway, here is a website where you can check the progress if you're interested. There are a few photos of the chassis & engine and it will be updated soon. http://www.barelystreetlegal.com/ . Thanks for your input, guys.

Larry, I won't be able to make it to Carlysle this year but will keep in touch. Have a good time and try to stay out of the heat.

Hey Wes,
Do yourself a favor and put some heat shields on your chassis. They will deflect a HUGE ammount of heat away from the floor of the car! I fabricated mine of stainless sheet stock and rolled a couple of beads in them to stiffen them and prevent flexing. Mike now puts them on all the chassis he builds, and it is a welcome addition. I made the mistake of screwing mine to the top of the chassis before the body was dropped, and it was a pain to get at a couple of the seat bolts. Mike's design, mounts the shields to little tabs sticking out from the chassis and they can be removed and installed with the body on. Take a look at his current pics on his website, and you will see the shields and his mounting system.

Regards, John McGraw
You must log in or register to reply here.