LPE or Callaway for the LT-4?

Ive been doing some research on LPE, DRM, Callaway... the list goes on and on. What options are there for getting a stroker motor, or can the block in my car now be made into a stroker?

Anyone have any preferacne as to which tuner is the best? 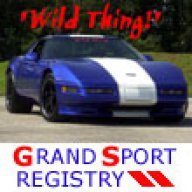 Jason, I don't think there is any question that all three of those builders know their stuff and most would probably say that LPE leads the pack, too. How often have you heard anyone complain about engine work performed by LPE? My only complaint (since I'm the cheap SOB that I am) is that they are expensive. But then, the best usually is.

Another builder who has gained tremendous respect is More Performance out of Charlotte, NC (www.moreperformanceinc.com). I bought my top end kit from them and I'm considering them for a 396 stroker project for this spring. I haven't heard a single negative comment about them anywhere on the net so that's a really good sign. They are very helpful on the phone and have a clean, modern facility (or so I've been told by folks who have visited them).

They can stroke your existing block if you wish or you can buy one of their stroker short blocks outright. They charge $4799 for a 383/396 short block with all the good components... callies crank, lunati rods, etc. A complete R&R costs $1400. Chuck Wasserott runs one of their 396's in his '94 Admiral Blue coupe and turns 412RWHP and is a *very* competitive autocrosser.

I'm just curious who was the most expensive out of the 3 that twiget mentioned. They are all pretty pricey. Unfortunately my wallet is smaller than my appetite so I won't be calling up Lingenfelter any time soon I know that Exotic Muscle does a lot high end work to these motors as well, at a bit cheaper price....but again, like mentioned above, I guess you pay for the best Just my 2 pennies......

For the whole package I think Callaway is the most expensive. For the whole Supernatural package it was about $65K. They give the option of boring the block out to 383ci. If I remember correctly the engine work costs about 15K.

LPE has a 383 stroker kit for the LT4/LT1 too. I think it's about the same as Callaway, but as Hutch mentioned, they have a better rep when it comes to engine work. I dont remember if DRM has a package for the C4's.

There are a whole lot more tuners for 'Vettes, but those three are the ones that pop into my mind right away.
You must log in or register to reply here.