There hasn't been much discussion here on the CAC but over on the CF, LS7 valve guide wear is a big deal. There are at least three very long threads about it.

This morning, I posted to one of them:


Back then, I stated that I thought the valve guide issue was not a case of inaccurate machining, but more a case modified and/or track day engines experiencing high exhaust valve temperature and marginal lubrication.


While it’s possible that engines run really hard–such as road racing–may have accelerated wear due to the high operating temps and 5W30 oil, the valve guide wear which concerns some of those posting here and on other CF threads, is not restricted to trackrats. While I think an ester-based, 10W30 synthetic oil is a better choice for duty cycles which generate high oil temperatures, the valve guide wear you all were concerned about may be caused by production errors at GM’s cylinder head supplier.


About ten days later, on 30 Aug, 2012, “jvp” posted about a talk he had with a GM engineer at Carlisle. Man...I’d have loved to have been present to listen.

jvp said:
I had a chance to chat with one of the engineers at Carlisle about this specific issue. The discussion was fairly focused, and out of it I got the following points (paraphrasing, so forgive me here) ...


Overall, the engineer wanted customers to: enjoy their cars! If a problem is going to happen, it'll be accompanied by a nasty/excessive valve train noise long before the engine fails. He didn't quantify what "excessive" valve train noise means, as opposed to the LS7's normal ticking. I haven't had an LS7-equipped Vette in over 3 years, so it's been a while since I've last heard one. Pay attention to what your engine is telling you regarding its noises, but don't drive around like you're sitting on a time bomb.

Then, about six weeks after that, on 11 October 2012, in a different thread, GM response to LS7 valve guide issue summary confirmed - Page 31 - Corvette Forum, this was posted:


LS7 Valve guide issue summary:
• Affects a small, number of '08, 09 ’10 and ’11 Z06’s
• GM discovered the condition through our cylinder head warranty data involving a very small percentage of our vehicles.
• Through inspection of returned heads, it was determined that a machining error in the valve guide had occurred at our head supplier.
• The quality issue has been contained as of Feb 2011 with 100% inspection of all heads.
• The most common customer complaint has been excessive valve train noise.
However if the condition is not addressed, it could result in engine failure. To date, where this condition has been observed, it has occurred early in the vehicle life.
What customers need to know: They should drive and enjoy their vehicles without fear. If their car demonstrates this condition, they are likely to hear unusual valvetrain noise first. If you have a concern regarding this issue on your personal vehicle feel free to contact me through private message on this forum and we will work to assist in resolving your concern. Feel free to contact me through Socialmedia@gm.com please put attention Evan in the subject. As always, vehicles that have modifications to the powertrain or the calibrations, are no longer covered by GM's warranty.

My info is that about three weeks ago, GM sent a bulletin to dealers. I’ve read the bulletin but, since the legality of reposting it here in its entirety would be questionable, I’ll just summarize the main points.


GM is telling dealers that it’s aware of the concerns amongst the Z06 owner’s community about valve guides.


GM has told dealers, if an owner brings a car in wanting the guides checked based on what he or she has read in the Internet, before working on the car, the dealer is to ask:
1) Are there problems indicative of an engine problem?
2) Is the MIL on?
3) Does the engine have problems starting or running?
4) Describe any noises you hear that you feel are abnormal.


The bulletin, then, gives a list of guidelines on how to address the owner's concerns.


If the dealer confirms there’s a problem with drivability, starting or running, or it finds any fault codes set in ECM memory, and the car is under warranty; it is to repair the problems per ESI. If the car is out of warranty, the dealer is to explain the “available options” and, I presume, one of those options would be for the customer to pay for repairs.


If the owner expresses concern about engine noises, the dealer is to warm the engine to operating temperature and compare it to engines in other vehicles. If the engine doesn’t make unusual noise, the owner should be told there’s no problem indicating the need to tear the engine down. The dealer can, also, suggest to the the customer that the LS7 is a high-performance engine and, as such, may have some level of valve train noise above that of engines of lesser performance. It is suggested that dealers tell customers that GM’s warranty numbers for LS7 valve and head replacement, “...are very low with no indication of an excessive wear issue.”


Finally, dealers are being told that, if the owner’s only worry is what they’ve read on the Internet, the engine in his/her car has no problem the dealer can document, but the customer wants the engine torn down and checked; the dealer is to explain it can do that, but the customer may have to pay for it. If a wear problem beyond limits listed in SI or the FSM is found, and the car is still under warranty, GM will cover the cost of inspection and repair.


Finally, the bulletin discusses aftermarket performance mods, such as engine mechanical parts or calibration changes, and states simply that engine mods can “accelerate valve guide wear.” It goes on to say that, if the engine has been modified; the powertrain warranty is voided. 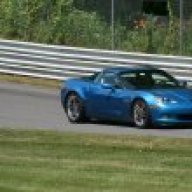 Thanks for the info

I have a 08, purchased in May of this year with 11k miles. I now have 13.5K on it and no issues. I would think (hope) I'm past the break point for this problem. My car is street driven currently, but I do plan on getting in some 1/4 mile runs in a couple months. I wouldn't want the $$$ bill for a replacement LS7, plus install has to be 15K.

Chaos said:
I have a 08, purchased in May of this year with 11k miles. I now have 13.5K on it and no issues. I would think (hope) I'm past the break point for this problem. My car is street driven currently, but I do plan on getting in some 1/4 mile runs in a couple months. I wouldn't want the $$$ bill for a replacement LS7, plus install has to be 15K.
Click to expand...

I have a 08 z06 and dumped the heads at 7k get some good heads with arp studs,check your trunions upgrade pushrods minimum.And run the best oil you can buy. A cam really makes it sound good too.(vette tube 2008 Z06 Modified)

There is a huge difference between mismachining and valve guides wearing out.

Nevermind the fact that the 2 can correlate based on how hard the vehicle is driven.

In truth, having 2 mismachined heads myself, there was NO valve guide wear. There was a audible tapping and there is more that is not mentioned in either the preliminary document that was mentioned by Hib or by your service technician actually measuring valve guide play at full lift.

IMO, the tapping was a result of valves either sticking or tip side loading against the rocker.

toppthat said:
I have a 08 z06 and dumped the heads at 7k get some good heads with arp studs,check your trunions upgrade pushrods minimum.And run the best oil you can buy. A cam really makes it sound good too.(vette tube 2008 Z06 Modified)
Click to expand...

When you say arp studs...what do you mean? LS7 engines do not have rocker arm studs. Are you talking about replacing the head bolts with head studs?

What mfg has "good heads"?

Curious as to why you suggest upgrading pushrods.

What camshaft do you use?

Lastly, I suspect your car does more than just sound good. What was the before and after chassis dyno numbers?
Hib Halverson
N

Interestingly, MY 2007 Z06's supposedly had the "suspect" rockers.
Looks like the only thing to do is to verify that your valvetrain is the way it should be. (I don't want to use the term "spec" because it's just too sloppy, IMO)
You must log in or register to reply here.

GM Acknowledges Issue with Valve Springs on the 2020 Corvette