I looking for help from the knowledgeable LT-1 experts like rainman, tomtom72, stingray70, etc. I have previously posted under pulse amplification box and am looking for help deciding on whether to buy a supposed 1970 LT-1 convertible that if it really is one is in need of serious help. I have viewed the car a couple of times, each time after checking this forum for more info. which has been very helpful. From what I have found out everything from the tranny forward has been replaced. Should I stop right there and look for something else? The engine #14016379 and cylinder heads #462624 are from ’79. Possibly a crate motor. The aluminum intake is Edlebrock, not GM, the carb is a Holley but not from ’70. There is no A.I.R. pump on the car, no amp box, or even the three holes where it should have been. A lot of other stuff in the engine compartment is replaced or incorrect. The tranny codes out, matching vin, M21 casting #POH23B, which I decoded as 06/23/70. The car’s trim tag is G02 which I believe means assembled 07/02/70, this makes sense as the vin is in the 14100 range out of 17316 built. The frame’s vin matches, I checked the stamping behind the driver’s side rear wheel. The frame is in O.K. shape, surface rust behind rear wheels and surface rust under front clip, not too bad. The exhaust manifold #s right side #3932461, visible if my pic’s come through, left side #3872765, were only on LT-1’s, (late 1970 and 1971)? Exhaust is 2 ½’ swagged to fit into the 2” opening of exhaust manifold. Body is pretty rough, drivers side rear fiberglass been replaced, tag looks like it has a date of ’78. Poor fit and poorly repainted. Trim tag says Bridgehampton Blue, car is red. Convertible top been replaced, looks like from ’78. Current owner says he also has the optional hard top but I have yet to see it. I tried to view tank sticker by pulling back rubber around filler and could see remnants but couldn’t read it as it is covered in dust and dirt. I probably won’t be able to view it or what is left of it unless I drop the tank. I’m sure the current owner won’t let me do this. He has very little knowledge of the previous owner or even what he was buying some 15-20 yrs ago but since it does have the correct tach, console badging, and hood, (I know all of that can be replaced), he’s convinced it’s the real deal and wants about $15K as is. I don’t know what else I can decode or even if it’s worth it. I know a could get a more ‘correct’ motor, intake, cylinder heads, etc. but would that make this car worth it? Anyone know the NCRS stance on doing this? Hopefully some of my pics will come through and look forward to some opinions from current/former owners of ’70 LT-1’s. Thanks in advance of your help.

I'm not strong on experience with pricing cars like this but that the car lacks the LT1 engine and considering the condition, I'd say 15 grand is pretty high.
Hib Halverson 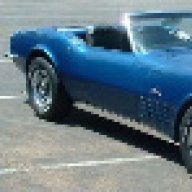 Even if you had documentation, $15k seems pretty high for a car in that condition, especially without the original motor. As far as NCRS, I don't think that they have a problem with restamped engines as long as everyhting is correct. It would take a good bit of effort and money to make that car correct and nice. For the money it would take to buy and fix this car, I think that you could get a much nicer and less questionable car. I'd keep looking unless this guy wanted to get much more resonable with his price. Without the motor or documentation his car is really not much better than a basket case 300hp car. However, I feel your pain, 70 LT-1 verts are not easy to find. The ones that I have seen lately have been poor fakes. 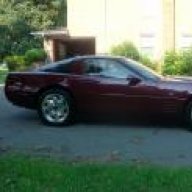 I really appreciate every one's input!, I will take your advice and 1. keep looking, 2. if I don't find anything decent see if I can get the owner to lower the price. 3. tell him I need to drop the tank if I am going to buy it. I agree with you MidShark that even doing the research, via this forum, buying various books and the decoding process itself has been a lot of fun, let alone the prospect of actually getting a car and starting the restoration process. What I have learned is that the Corvette passion runs deep, and the LT-1 passion seems to run even deeper. I appreciate every one's help and hope to see maybe even a couple more postings. I have a feeling I will someday end up with a C-3, hopefully a LT-1 even if it's not the one I'm currently looking at. I am going to try to post the pictures in a doc. and see if they come through. It seems the pics I have taken with a high pixel digital camera are too large file size wise to send, but I will keep trying.
Thanks again,
Dave.

I tried to attach some better pics. I am still looking at other cars to buy but in the meantime I did talk to the owner of this one again. He told me when he bought the car he didn't know it was an LT-1 and back then it wasn't a big deal. H/S the guy he bought it from didn't make a big deal of it either and didn't try to pass it off as original. That was about 20 years ago and only since then has he realized he may have something of value. Anyway he has agreed to let me drop the tank and see if there is enough left of the tank sticker to prove it is an LT-1. Is dropping the tank a hard thing to do? I don't think I would have to completely remove it just to see the sticker. I'm thinking if I unbolted the straps I should be able to tip it enough to see. I offered to pay for new straps if I damage the old ones. Any tips on dropping the tank would be appreciated and I wasn't able to attach better pics because the files are too big.

I don't see any clues that indicate this car being a genuine LT-1.

If it's indeed not a bona fide LT1 and you were to build it as an LT-1 nonetheless and then present it as such for NCRS judging that's considered to be counterfeiting. Bad idea.

If the car is a real LT-1 I think you would end up throwing good money after bad trying to bring this car back to NCRS Flight standards. You could buy one already restored for half what you would spend on this one. Let some other fool waste his money on it.
You must log in or register to reply here.