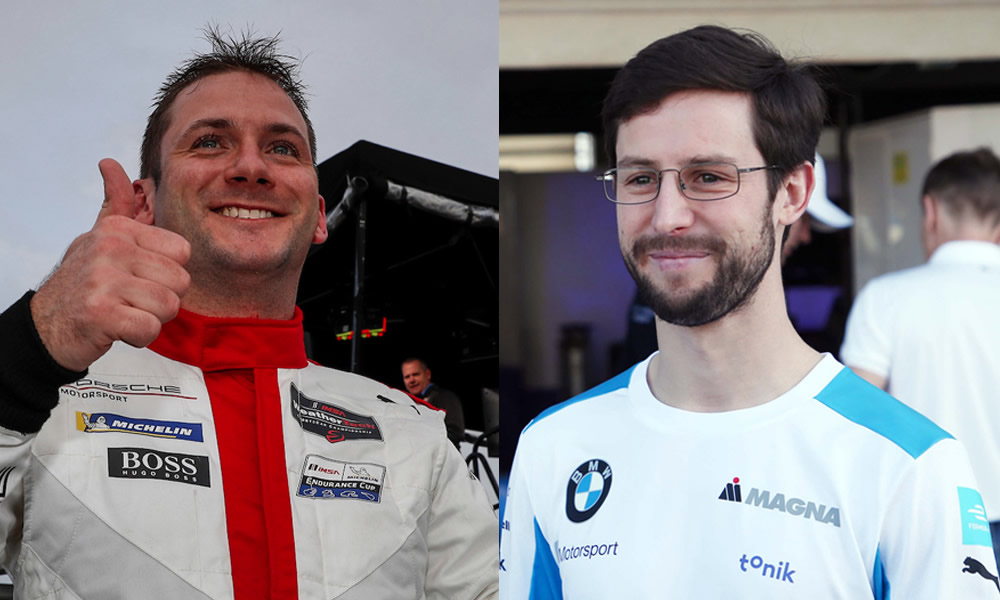 As previously expected, Nick Tandy will replace Oliver Gavin with Alexander Sims joining the Corvette Racing team for the 2021 season.

Below is the official press release from Corvette Racing:

Tandy Set to Join Corvette Racing in No. 4 C8.R for Full-Season Run​

· Sims to round out new additions as endurance driver alongside Milner, Tandy
· Defending GTLM Drivers champions Garcia, Taylor back again in 2021 with Catsburg
· Program focused on continuing development for second year with mid-engine Chevrolet Corvette C8.R

DETROIT (Dec. 3, 2020) – Corvette Racing’s lineup in its No. 4 Chevrolet Corvette C8.R will have a significantly different look for the 2021 IMSA WeatherTech SportsCar Championship with the additions of sports car stars Nick Tandy and Alexander Sims alongside long-time Corvette driver Tommy Milner.

It’s a big change on one side of the Corvette Racing garage while the other stays intact from a driving perspective. Antonio Garcia and Jordan Taylor, the reigning GT Le Mans (GTLM) Drivers champions, will team again in the No. 3 Mobil 1/SiriusXM Corvette C8.R with Nicky Catsburg back for another season with the pair for the team’s long-distance events in IMSA. Catsburg and Sims will be part of the program’s events for the Rolex 24 At Daytona, Mobil 1 Twelve Hours of Sebring and Petit Le Mans. 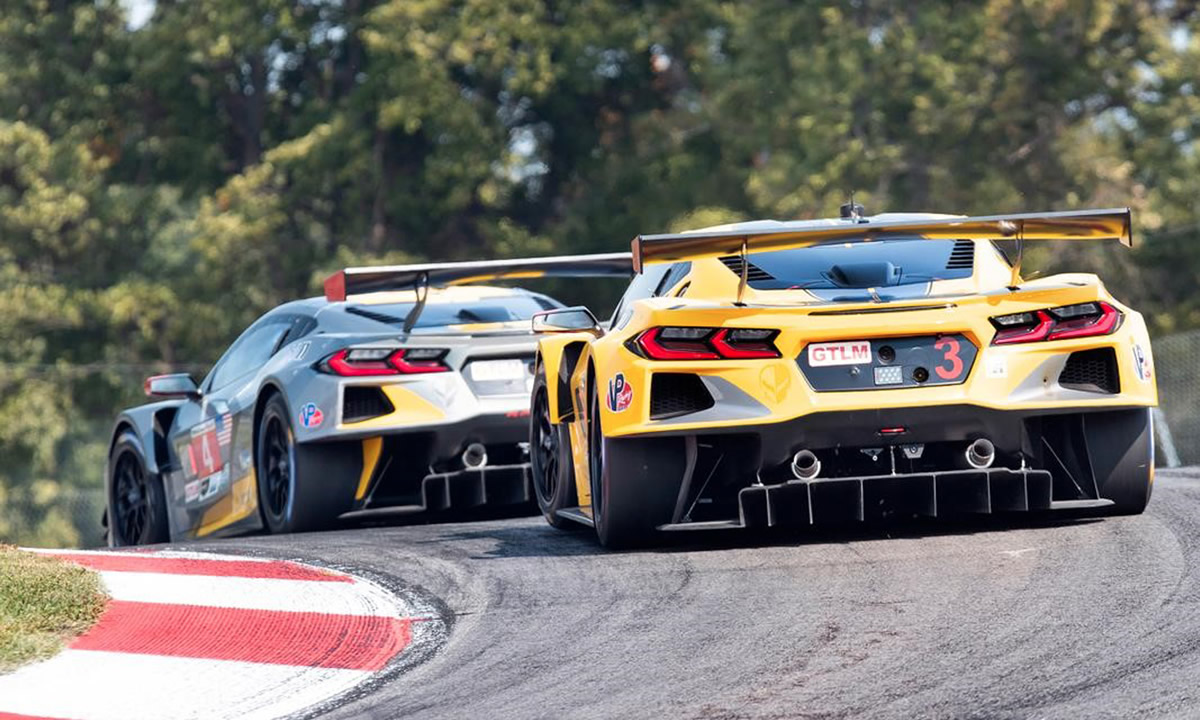 Tandy – from Bedford, England – steps into the role held by Oliver Gavin, who stepped away from full-time driving after 19 years with the program. A winner at practically every major sports car race around the world, Tandy joins a full-season lineup that already includes nine IMSA Drivers Championships and 42 race wins with Corvette Racing.

In Sims, Corvette Racing gets another proven race-winner for some of its most important events of the year. From Alcester in England, Sims is a five-time winner in IMSA competition in a brief but successful two-year, full-season stint in 2017 and 2018. He has a victory at Petit Le Mans to his credit along with 24-hour wins at Spa and the Nürburgring, along with two career starts at the 24 Hours of Le Mans.

The British pair join Milner, now Corvette Racing’s most experienced full-season driver. The two-time IMSA Drivers Champion boasts 15 victories with the program including wins at Le Mans, Daytona and Sebring, among others. Milner has been a key component in testing and development of the Corvette C8.R and will begin his 10th year as part of Corvette Racing.

In the No. 3 Corvette, Garcia and Taylor are together again after taking five victories and combining for six pole positions in the 2020 GTLM season. The pairing won for the first time at Daytona in July for Corvette Racing’s 100th IMSA victory, and both are previous winners at such events like Le Mans, the Rolex 24 and Mobil 1 Twelve Hours of Sebring.

Garcia won his fourth Drivers Championship in 2020 while Taylor captured his third Drivers title. Both are past winners at Daytona, Sebring and Le Mans. Catsburg also will return to the cockpit following a season in which he won the Nurburgring 24 Hours, among other high-profile events.

All six drivers will focus on bringing improvements to the mid-engine Chevrolet Corvette C8.R, which won six races and swept the full-season GTLM championships in the hands of Corvette Racing. In addition, the C8.R claimed seven pole positions and posted fastest GTLM race lap at six events.

The mid-engine C8.R and 2020 Corvette Stingray street car were developed simultaneously, and the race car and production vehicle share more technology and parts than any previous-generation Corvette. When initial Corvette C8.R design and development work began more than five years ago, Corvette Racing engineers worked closely alongside Corvette production personnel with a heavy emphasis on wind tunnel and simulation testing.

ANTONIO GARCIA, NO. 3 MOBIL 1/SiriusXM CHEVROLET CORVETTE C8.R: “It is nice to have some continuity that we can carry over into 2021. The season Jordan and I had was incredible with the championship and winning a lot of races. Things definitely won’t be easier in 2021 for us, but we do have a year of experience together and with the C8.R. Looking back at 2020, the only thing we missed out on was a good result in the long-distance races. We had the pace to win at Petit Le Mans, but we weren’t expected to get a win at Daytona to start the year and we had our suspension issue at the Sebring 12 Hours. Getting a real endurance win would be key as a next target for the C8.R.”

JORDAN TAYLOR, NO. 3 MOBIL 1/SiriusXM CHEVROLET CORVETTE C8.R: “It’s definitely going to be difficult to top what we accomplished in 2020, but rolling into 2021 and learning everything we did with the C8.R, we’ll roll off stronger than we did this season. It will be great to be back with Antonio and Nicky. With having such a strong lineup, it’s good to keep things consistent. We know how each other works and how our driving styles are like. The chemistry there is very strong. It’ll be great to have Nick and Alexander coming in on the No. 4 Corvette. They can bring a fresh perspective as guys who have driven different cars and give us some insight on the strengths and weaknesses of the C8.R that maybe we are used by now, having driven for a year now. I think we’re setting up for a very strong 2021.”

NICKY CATSBURG, NO. 3 MOBIL 1/SiriusXM CHEVROLET CORVETTE C8.R: “I’m super pleased that I’m able to come back again with Corvette Racing. My first year was very, very nice. I really enjoyed it… working with the team and with the C8.R. It seems to suit me and I’ve enjoyed it so far. Other than winning the championship, we didn’t score a victory in one of the endurance races so that’s a big goal for next year, along with winning the championship again for Chevy, Antonio and Jordan. Having Nick and Alexander is very, very cool. I know Alexander very well from races we’ve done and won together. He’s one of the best guys I know, and I think he will fit in right away. He’s a super funny guy as well, so I can’t wait to have him around. Nick is one of the fiercest competitors I’ve ever raced against. He needs no further introduction and he’s an awesome addition for Corvette Racing. This is a super strong lineup, and I’m proud to be part of it.”

TOMMY MILNER, NO. 4 MOBIL 1/SiriusXM CHEVROLET CORVETTE C8.R: “Going into next year, expectations are very high. We know the C8.R is fast and competitive. We had a couple of small issues through the 2020 season, but they were things that were easily addressed by the engineers and mechanics. It’s a tall order to match what happened this year. We obviously want to win the championships again, but now we have the opportunity to get big wins at Daytona, Sebring and Petit Le Mans. I’d love to get some of those big races under our belt.
“I’m excited about my two new teammates. I’ve been racing against Nick for many years now. I know how strong a competitor he is. Obviously I’d much rather him be in my car and not have to fight against him! I’ve raced against he and Alexander quite a bit. They’re both true professionals, super fast on the track and their results speak for themselves. I’m excited to go race with them and work toward the goals we’ve set for 2021.”

NICK TANDY, NO. 4 MOBIL 1/SiriusXM CHEVROLET CORVETTE C8.R: “Since I’ve been racing in IMSA and at Le Mans, Corvette Racing has been the team that everyone looks up to. Many operations aspire to get to the level that Corvette Racing operates at. It’s something I’ve always looked at, and it’s impressed me. The fact that the opportunity arose where I could join the team and stay racing within IMSA is a dream opportunity. You look at the history of Corvette Racing, and it’s been a team that has consistently been in top-level motorsport. And not just competing but winning races and championships wherever they go. It’s an appealing aspect. I hope I can add something to the party and continue that successful legacy that Corvette Racing has. I’d very much like to be part of the next chapter.”

ALEXANDER SIMS, NO. 4 MOBIL 1/SiriusXM CHEVROLET CORVETTE C8.R: “During my two previous years in IMSA, it was clear the level that Corvette Racing is on. I have such fantastic memories of battling with some of the Corvette guys, and some of those battles went against me! My appreciation and respect for Corvette Racing certainly increased. It’s a team that always seemed to be able to achieve a result, even if the track wasn’t one that suited its cars perfectly. If someone was going to make something out of a difficult situation, it usually was Corvette Racing. Now, to have a chance to be in that fold and be part of the program with the absolute pros on this team is really quite special.”