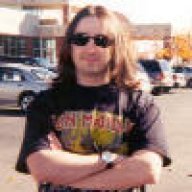 What....you didn't believe the intel CAC has been feeding you for about a year?

I couldn't see anything about the engine with your link. But I was told by a plant employee the new Z is going to be just shy of 500HP. (49xHP?)

I tried looking for it to.
http://media.gm.com/division/chevrolet/
My Ride Video​
My Z16 vs G's C6 video

Nuts... not only did I screw up the link but it's not even good anymore! Anyway, here's the text:

DETROIT - General Motors Corp. is adding more muscle to its claim of "World's Best Powertrains" with the official opening of its Performance Build Center, a $10 million facility dedicated to building high-performance engines for low-volume, premium vehicles.
The first hand-built engine variant to come from the Performance Build Center will be the LS7 OHV V-8 that is the heart of the Z06 performance package earmarked for the 2006 Corvette; specifications and details for the LS7 will be provided at the 2005 North American International Auto Show.

Another variant of GM Powertrain's newly revised small-block engine family, the Vortec 6000 6.0-liter V-8 (LS2), powers the 2005 Chevrolet SSR. It is an all-aluminum version of the new fourth generation of GM's timeless small-block V-8. The Gen IV design comprises the latest series of technical revisions to the engine.

The 2005 launch of the Gen IV also marks the 50th anniversary of the small-block's launch in the '55 Chevrolet lineup. The Gen IV variant makes the small-block one of the most enduring designs of any mass-producing industrial sector.

"Ned saw a strong market niche GM had not gone after in the past," said Timothy M. Schag, site manager for the Performance Build Center. The idea went to the highest levels of the corporation - but ultimately needed little selling. GM executives and planners already had foreseen the need to compete with other automakers crafting high-performance "image powertrains" for premium vehicles, said Schag.

Schag, a GM engineer with decades of powertrain manufacturing and engineering experience, traveled the world with other Powertrain engineers to study competitive niche-engine building facilities and benchmark race teams' operations.

The Performance Build Center will combine the best practices of contemporary niche-engine construction with the volume-manufacturing system that has enabled GM Powertrain to claim leadership in a string of recent J.D. Power and Associates rankings of manufacturing quality. Schag says, in fact, that while the Performance Build Center's volumes may be purposely small - capacity is 15,000 engines annually - all of the quality standards that apply to every GM Powertrain manufacturing facility will be fully in place. The facility will achieve TS 16949 certification by the end of the year and the site will be compatible with GM Global Manufacturing System processes.

Engines built at the Performance Build Center will be constructed by specially trained craftspeople from United Auto Workers Local 653, based in Pontiac, Mich. Each technician on the 80-person force receives extensive high-level instruction - every technician has built complete engines before.

This philosophy of craftsmanship and "ownership" is the crux of the Performance Build Center's philosophy. One technician will build a complete engine from start to finish. The Performance Build Center's highly flexible manufacturing concept and tooling, combined with technicians' ability to assemble any engine, mean that throughput of different engines can be quickly adjusted to address shifting market demand.

The Performance Build Center will be the focal point of GM's goal to make expressive and emotional vehicles, with powertrains that match that excitement. "It's a much more efficient way to get these special, high-performance engines to the street," said Schag.

The LS7 OHV V-8 for 2006 Chevrolet Corvette ZO6 is the first engine confirmed for the Performance Build Center, but others will follow.

"Performance means different things to different people. Sometimes it's pure horsepower. Maybe it's sophistication. Whatever the definition, this facility will deliver world-class engines," Said Schag..."
You must log in or register to reply here.

The 2023 Corvette Z06 Arrives at MacMulkin Chevrolet in New Hampshire