Although I'm new to this forum, I'm fairly senior to the world of Corvettes. I grew up in St. Louis, lucky to be in a neighborhood with several families who had fathers who worked at either the Chevy or the adjoining Corvette plant at Natural Bridge and Union Avenues. I took my first plant tour with the Cub Scouts in 1955, and from that point, I've been hooked on the sounds, sights and smells of car assembly plants. I call them Dream Factories, and have visited over forty around the world. For many of my early days, the St. Louis Chevy and Mercury plants were like Disneyland visits to me. I have lost count on how many trips I've made to both Corvette locations in Missouri and Kentucky, but it is easily in the dozens. I'll be taking my new 2007 coupe "back home" in mid-October to hear the stories of both workers from St. Louis and Bowling Green.

I have owned at least one Corvette at a time since 1967. My first was a two year old 1965 convertible, and then the 1967 low-option coupe that I still have with 82,001 miles showing. One of the very best and most beautiful Corvettes that I have is my 1985, but a 1992 coupe has also come and gone, and if the price is right, may come again. My latest is the 2007 LeMans blue coupe that I bought a few weeks ago. That car is unique because it is the only one that doesn't leak or rattle. It is also the only Corvette that I have ever owned without a single problem to report. Somehow, that just doesn't seem right. All I can do is admire it, and enjoy the ride.

Thanks for your story!

Glad ya made it - Welcome to the

I was fortunate enough to work on a couple year project for GM at the Corvette facility in Bowling Green during the launch of the C6, it was like a kid in a candy store. I'm on my 2nd Corvette but would like to own at least 1 from each generation.

Enjoy CAC, see ya around.

What a great introduction!! Welcome...we're glad to have you with us!

Nice story! Glad you could join us!

Welcome to the CAC. Enjoy the forums and that new 2007 coupe.

Congratulations on ALL your wonderful Corvettes! The '65 was my first also and I hope I never have to part with it. Enjoy the forums!

Welcome to CORVETTE ACTION CENTER, nice to have you aboard. This is the best site you will find and the members are second to none. . . . . . . .

Welcome to CAC!!! hope you enjoy the vette and the forums!!!
Bill and Gail...save the wave 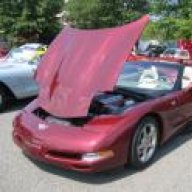 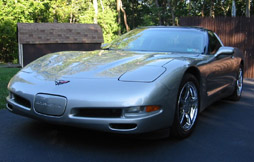 We like guys with a past! Welcome to CAC! 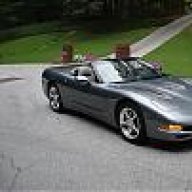 Ron
You must log in or register to reply here.