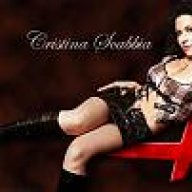 Why the big $ difference? (did I miss something in the reading)

My guess is the second will rip you off for the "core charge" and driv the final price up to somewhere around $800.00 plus shipping. 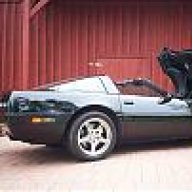 Mine needs a new top bad, cracked enough to let water in. So I should just get the madvet top and not worry about anything. By the way, are new targa tops just a dropin or do I need to do a little work?
V

Auzzie88 said:
Mine needs a new top bad, cracked enough to let water in. So I should just get the madvet top and not worry about anything. By the way, are new targa tops just a dropin or do I need to do a little work?
Click to expand...

I bought a top from a reputable Corvette dealer near my house, it was re-lensed on a factory frame. It fit right in. They also took my frame as a core to send out and get fixed. A factory frame should fit as long as you have the correct year top. 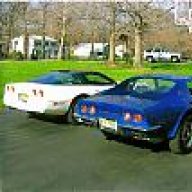 If you have an old roof try Generation Roof Panels in Iron City Tenn. They did mine @ 5 yrs back and the fit and workmanship was excellent. They can be reached at 800-265-9459. They were also very cost effective!

I bought mine from Melrose http://www.melroset-tops.com/ . Talk with Andy, their tops are the best made and they have very competitive prices. Ignore the price they have posted on their website, they'll deal.
T

Most need a little tweak adjustment on the top itelf. It's easy.

I found they rarely just "pop in". I've replaced a few and had to make adjustments. Not difficult like stated but it takes a few times to get it right. You'll know when it's right...the screws start easily. 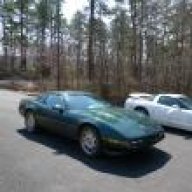 Purchased mine from Astrotop. Met him at Carlisle, he removed my old one from my car, and replaced it with a brand new one, made any small adjustments, and off I went. Made my day. It’s been fine and no problem, paid 500 US dollars and I'm very happy, compared to the prices I’ve seen around. .
J

Auzzie88 said:
By the way, are new targa tops just a dropin or do I need to do a little work?
Click to expand...


As long as you have the correct front mounting brackets the top will fit, but you will probably have to make some adjustments. All C4 tops are the same dimensions but GM used three different front mounts:

If you come across a good deal for a top that's not your year most vendors sell kits to change the front brackets.

The standard way to adjust the top is to:
a. first make sure the car is on a level surface
b. remove all of the trim from the windshield header. This will allow you access to the bracket screws for step f.
c. loosen the front mounting bracket screws ( the ones that hold the bracket to the top, not the top to the car). These are the same size Torx screws as the top so the top removal tool will work.
d. put the top on the car and snug the rear bolts
e. move the front brackets around until the top hold-down bolts can be screwed in easily.
f. make sure everything looks even, then tighten the front mounting bracket screws.
g. check for leaks and/or wind noise
h. remove the top, replace the windshield trim and you're done.


I've found a somewhat easier way to do this. Rather than removing the windshield trim, I simply loosen the bracket hold-down screws. Then I take two long pieces of masking tape and tape them to the brackets only, so that the tape sticks out beyond the windshield, roughly perpendicular to it, both inside and outside the car. Once I snug the rear screws I move the brackets around using the tape and when the front bolts fit in I press the tape against the headline inside the car and against the roof panel outside. Then I carefully remove the top and tighten the bracket hold-down screws. It might take a few tries but its easier than removing all of the windshield trim.

(Oh, BTW, MAD usually charges higher prices. Someone has to pay for those monthly catalog mailings.)
You must log in or register to reply here.