it all started at Cruise-fest this year when my Wife drove 81KIXX back to Ohio from BG, She wanted a Vette of her own so we started looking I would find one and She would back down at the last minute; all the lookin' and no action got me going. I decided to raid the 401k and buy myself a project car. I was going to buy a forum members car (77 vert) from the Baton Rouge area but the transport was too expensive. I kept looking and found a 68 vert on Ebay about 100 miles away, bought a old dirt track race car trailer from a co-worker and bought it early Sunday morning. She was sitting by me when I was bidding and gave me the OK even though it was more then double what I had planned on spending and more then the 77 plus transport

She then was talking about buying one for her but not wanting to spend "her" money. "you can't take it with you" I laughing told her "if she died I would have a new Z06 for the funeral procession on her."

the 82 arived on tuesday delivered by the seller

and I picked up the 68 yesterday

The trailer was delivered Monday night and I didn't have anything to pull it with to get registered let alone get the 68 so one co-worker loand me his trailers plate and another took me up to get it in his 4WD truck. We didnt have an adapter for the lights and planned on buying one on the way, since the first half of the trip was on 2 lane we were Ok just before we hit I69 I realized I had left the new plate on the front seat of the S10 :W:W
We pulled into a gas station to get a map to take an alternate route and discovered the trailer had a plate on it although it expired in 2004, much better then none . While looking for a map Brad found his adapter for the lights, plugged it in and nothing worked. We said "Oh well too late to turn back" and pressed onward to Battle Creek Mi.
While loading the Vette we discovered about 4 wasp nests and Brad sprayed them with rust-lick (the only thing we had) as he sprayed he got some on the the connector and the lights started working even his dome light (it had never worked before) we hit the road and arrived back just in time to get it inspected by BMV.
Here is a picture from the auction if you look real hard you will see it doesn't have a windshield which was replaced Monday.

so the saga begins with it going on the lift for a quick look at the brakes If I can fix them quickly I will drive it till winter on weekends if not it will go in the barn till I sell the 76 to finance the project.

congrats on BOTH cars Craig!

wish I knew she was looking for a good condition later model C3 though..... I just happen to be selling one!

wish I knew she was looking for a good condition later model C3 though..... I just happen to be selling one!
Click to expand...

She wanted either a Pace car or Collectors edition I did show her your car but She is extremly tight it hurt her to cough up $6000 of her own money for the one she got.

Wait, that makes 4 Vettes in your stable right now ? Wheeee (Make that: Me green with envy.. :L ).

If i can help out with any q's regarding the CE, let me know.

Congratulations on getting your 68.
I've had mine since 1972 and despite what some say about the first year shark cars, I love mine and will never sell it.
Good luck with yours and enjoy it.
Kurt 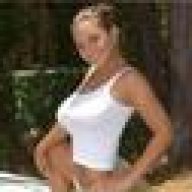 Funny,I was just looking at completed auctions of 68 vettes today on ebay as Ive just got started back working on my own 68 and seen that auction and thought "somebody got a good deal.

Wish I had 4 vettes!
zachh

Put it up on the lift yesterday tried to bleed the brakes but kept gutting air, turns out its the master cylinder. I have one coming on Monday along with a couple of the short lines to the block. I want to drive it the rest of the summer just like it is to get a feel for it. Since I went over budget buying it I will have to sell the 76 to finance my project so I will have to fix that first to sell it.
Courtney wants to drive her 82 to Carlisle so I'll have to go over that this weekend I hope I can convince her to wax my 97 for me or I will be pressed for time; Carlisle is rapidly approaching.

Took the 68 for a spin yesterday, the standard brakes will have some getting used to after the C5 spoiled me

this thing has some short gears in it, my 76 would not pull 45 in 4th but this old thing will pull 25 without a hitch. Was hopeing to do some top down driving but I will have to stay close to home as I have no soft top, with Ernesto to the south-east the weatherman says possible showers all weekend. :ugh

The standard brakes do take some getting used to if you've been spoiled. The first few times you get into 'em hard, it makes you think about upgrades but after a while, it feels "right" and power assisted brakes feel mushy.

Took the hard top off I need to get weatherstripping for it, its wearing the paint where the top sits.Took it out for some top down driving its been a long time since I have had a vert, used to be I always had one in the driveway.

Will be taking the Wife out for a spin later she has never been in a vert.
I will take some pictures and post them later.