Finished in War Bonnet Yellow over a black leather interior, this beautiful Corvette is powered by the 454 ci LS5 big block engine putting out 270 hp through a 3-speed automatic transmission. Surprisingly, the 454 big block was only able to muster up an additional 15 hp over the solid-lifter LT1 350 ci V8 engine also offered for this year. 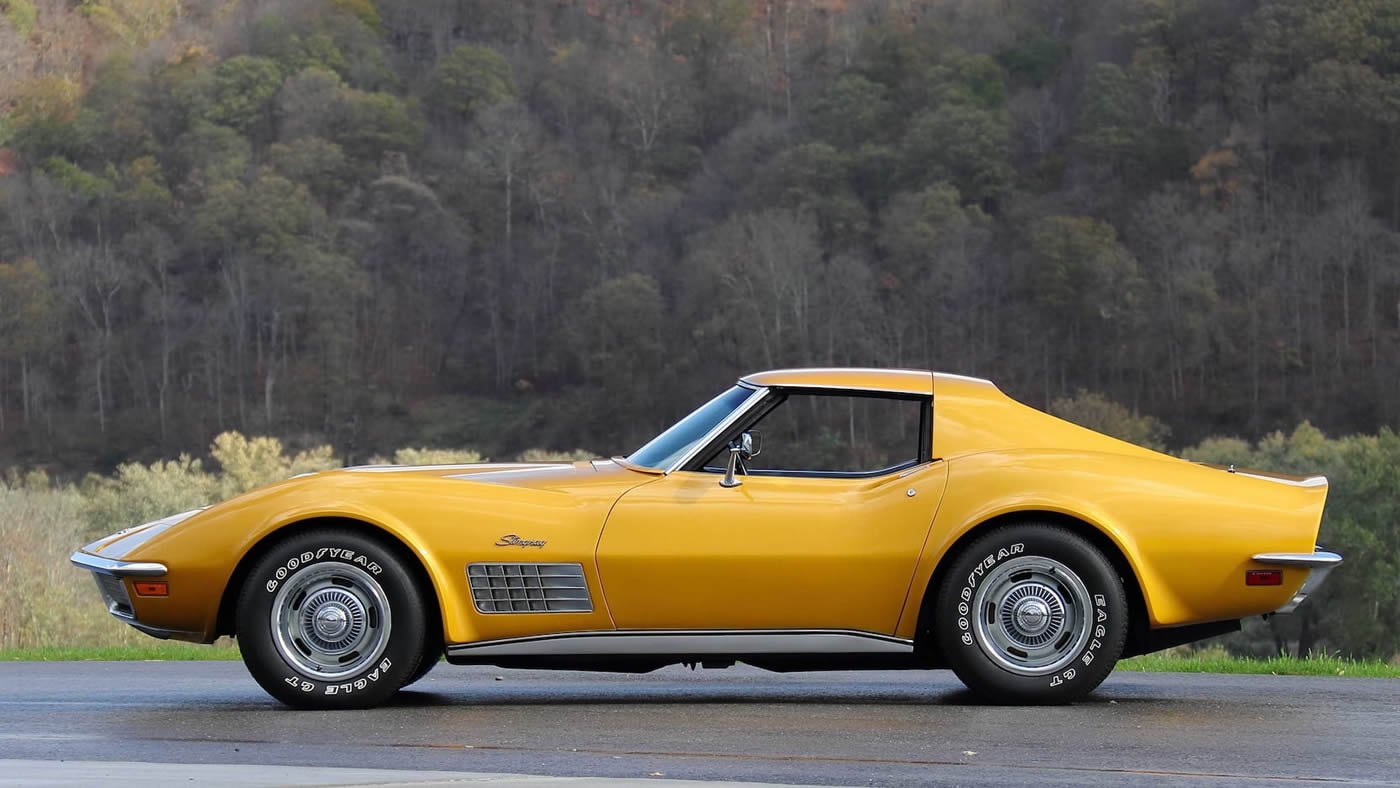 1972 would be the last year for the Corvette to wear both front and rear chrome bumpers before making the move to an injection-molded urethane front bumper for the 1973 model year. This would also be the last year that the Corvette would include the egg-crate styled side-gill inserts, front fender vent grilles, vacuum powered windshield wiper cover and removable rear window.

The LS5 engine would only be offered for two more years following 1972 until increasingly stringent emission laws would eventually stifle the Corvette's legendary performance. 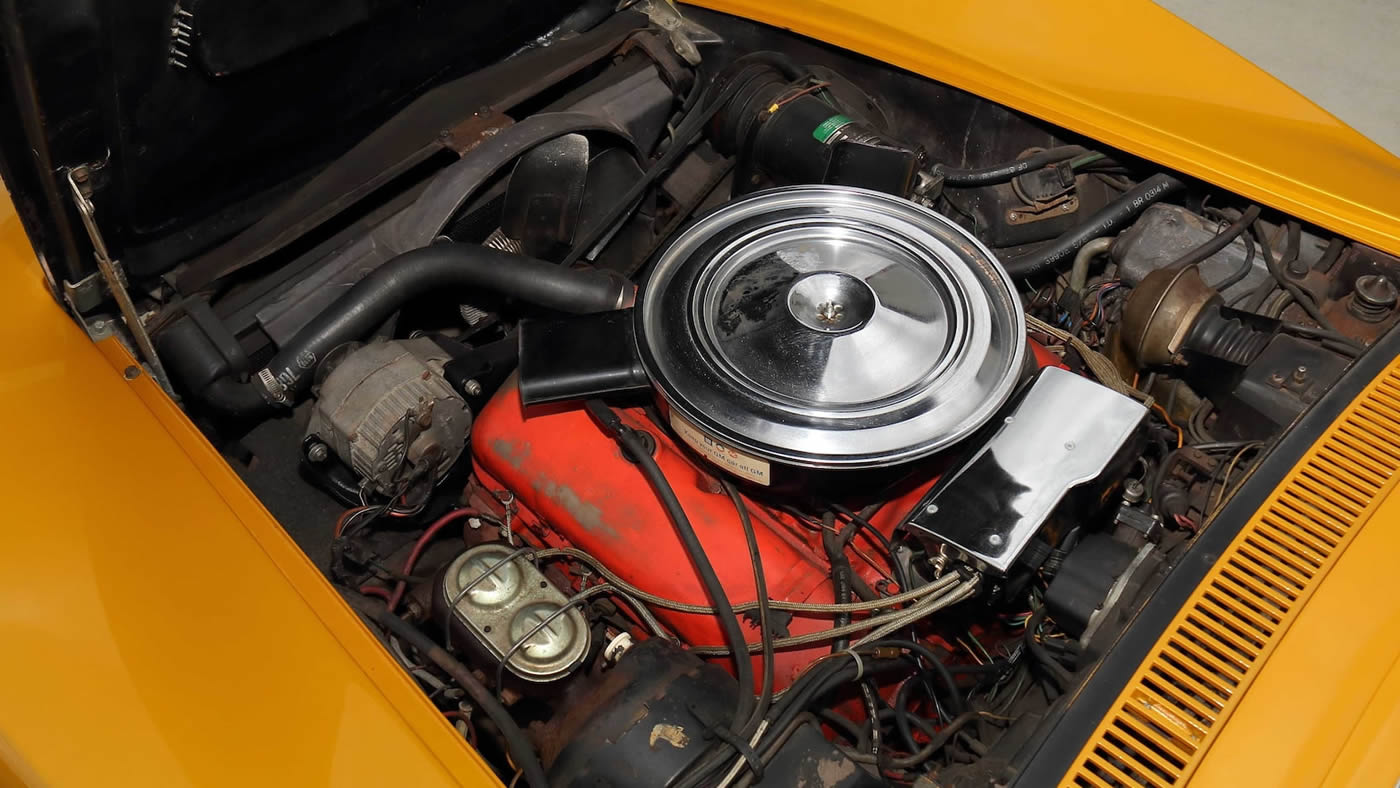 While a total of 27,004 Corvettes rolled off the line in 1972, according to production numbers here at the Corvette Action Center, just 2,550 were built in War Bonnet Yellow and 3,913 were built with the LS5 engine. 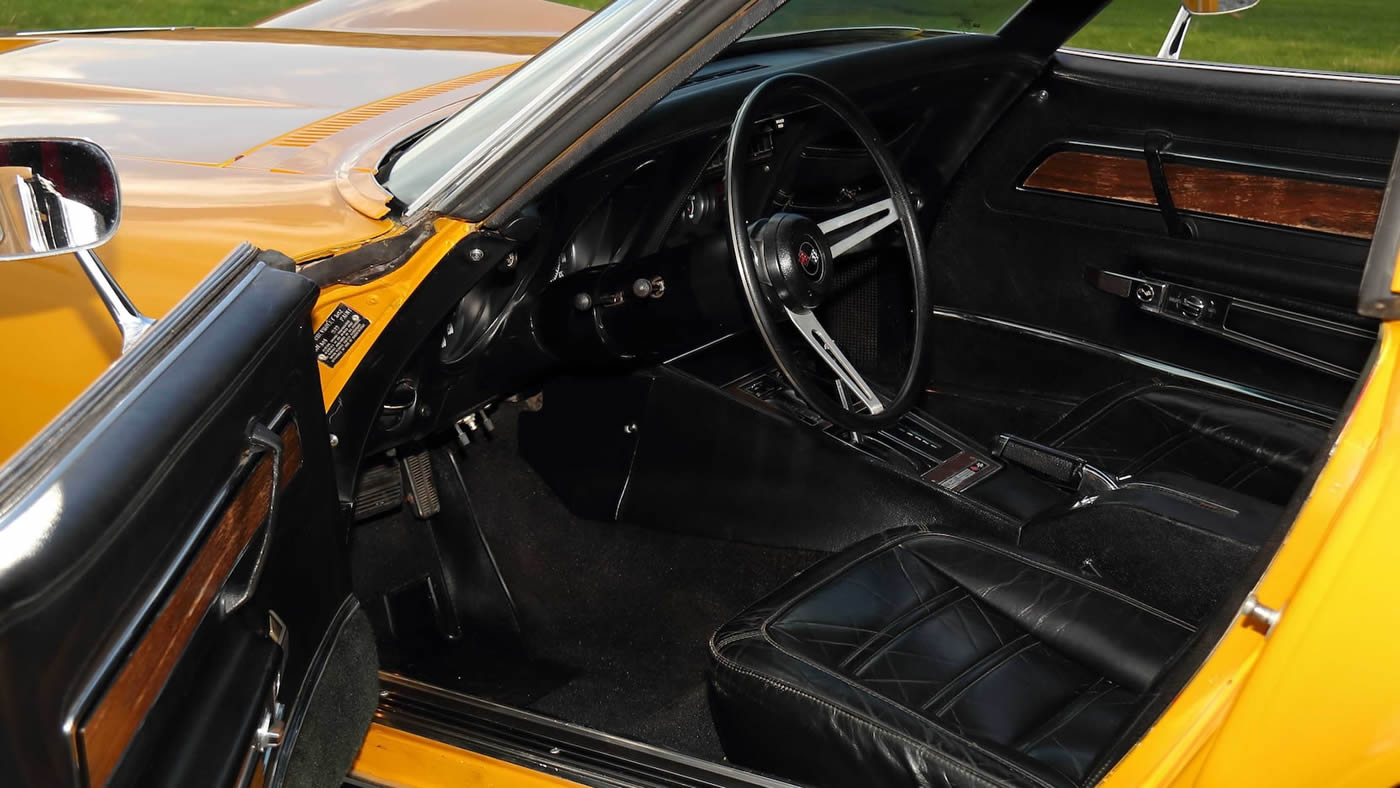 Below is the official listing information from Mecum:

Formerly part of the heralded Bob McDorman Collection, this 1972 Chevrolet Corvette is Serial No. 001, the first Corvette off the assembly line in the 1972 model year, the final year for the dual chrome bumper Corvette before the introduction of the injection-molded urethane front bumper cover in 1973. In fact, few appearance changes were made to the 1972 models, which have come to represent the end of an era. 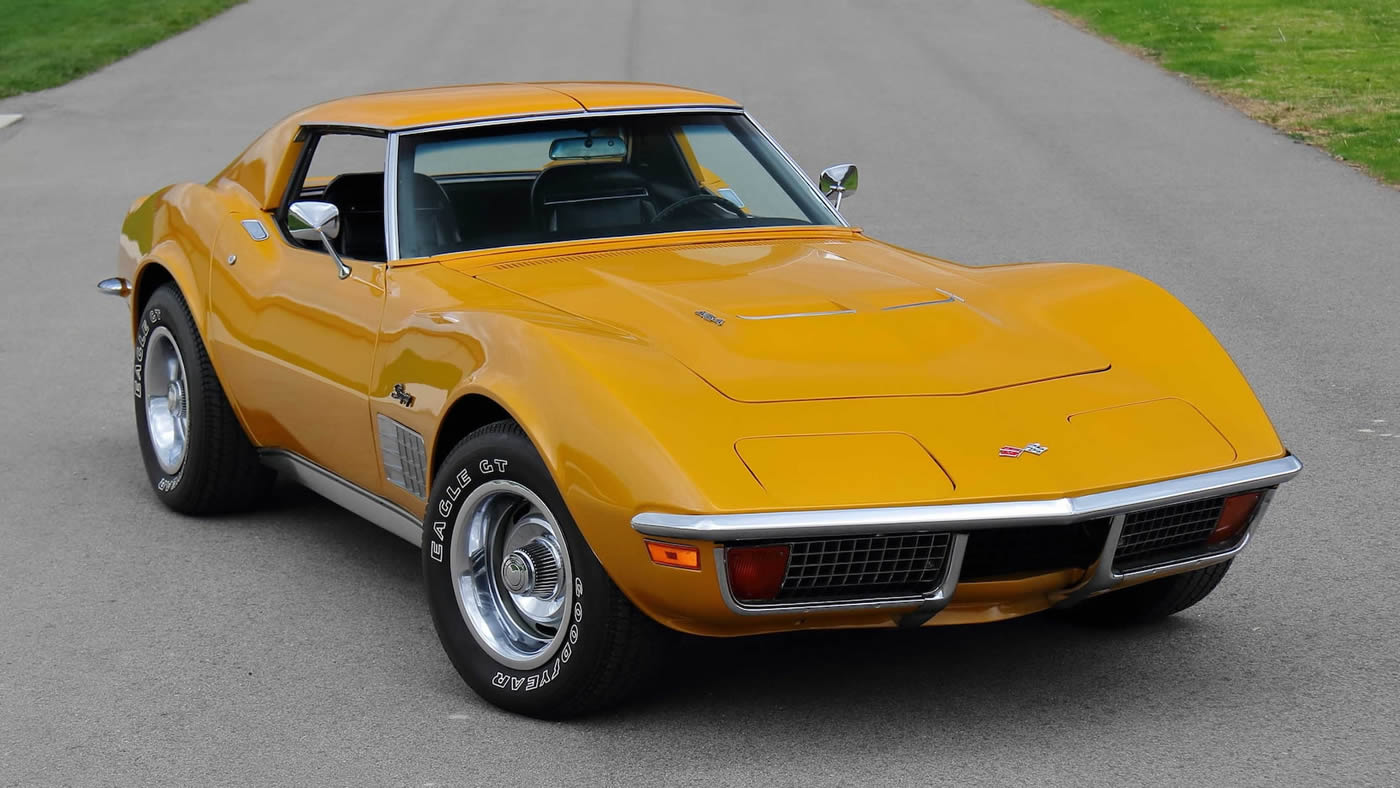 In addition to its chrome bumpers, it was the last Corvette with bright egg-crate grille inserts and the last with front-fender vent grilles, although the openings remained through to the end of the generation. It was also the last to feature the vacuum-operated windshield wiper cover and the last Corvette with a removable rear window, a feature common to coupes from 1968 through 1972. Fiber-optic interior indicator lights were dropped for 1972 models, and the formerly optional alarm system became standard equipment. With new emission laws in place, big-block engine displacement was increased in 1971 to 454 CI to compensate for the requisite lower compression needed for unleaded fuels, and while published output figures were lower under the new SAE ratings, the 454 still delivered formidable torque. 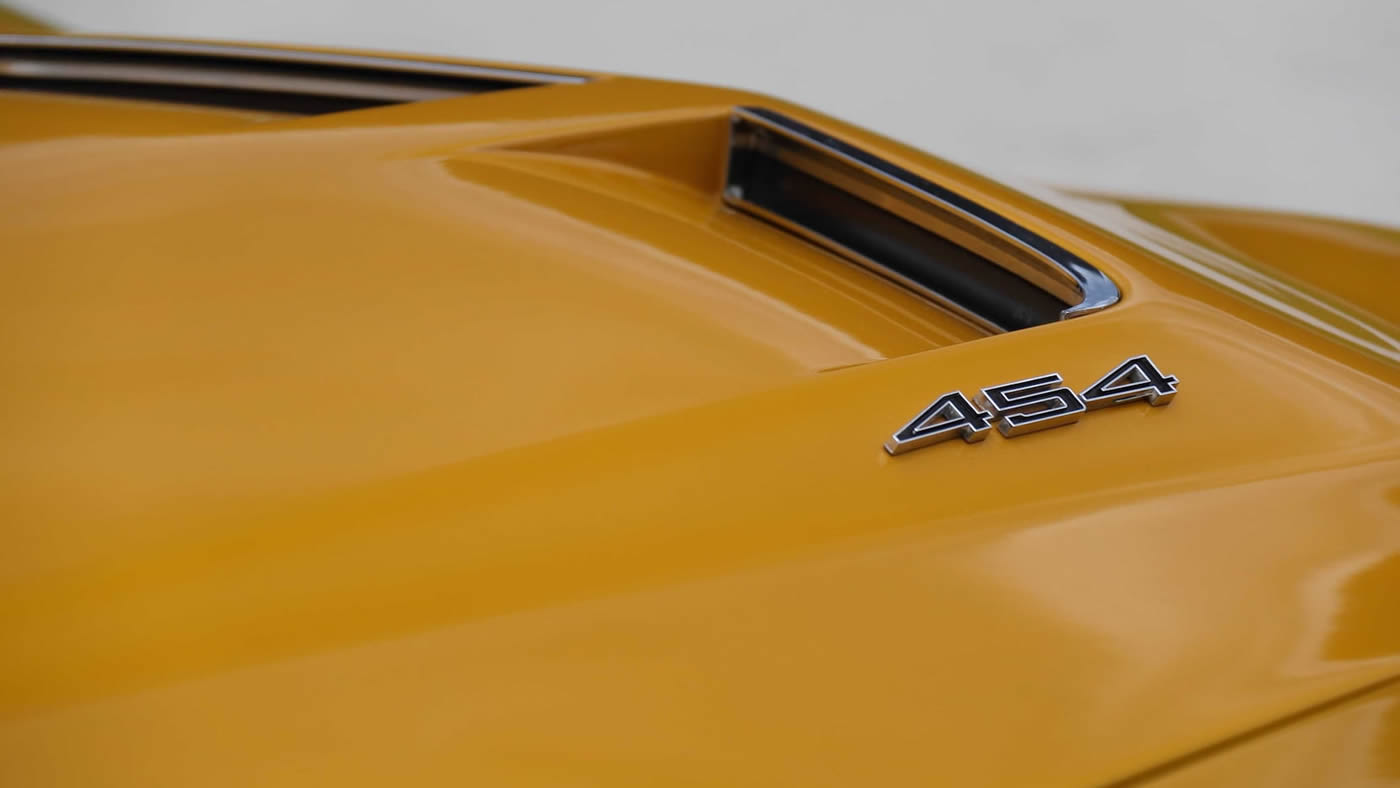 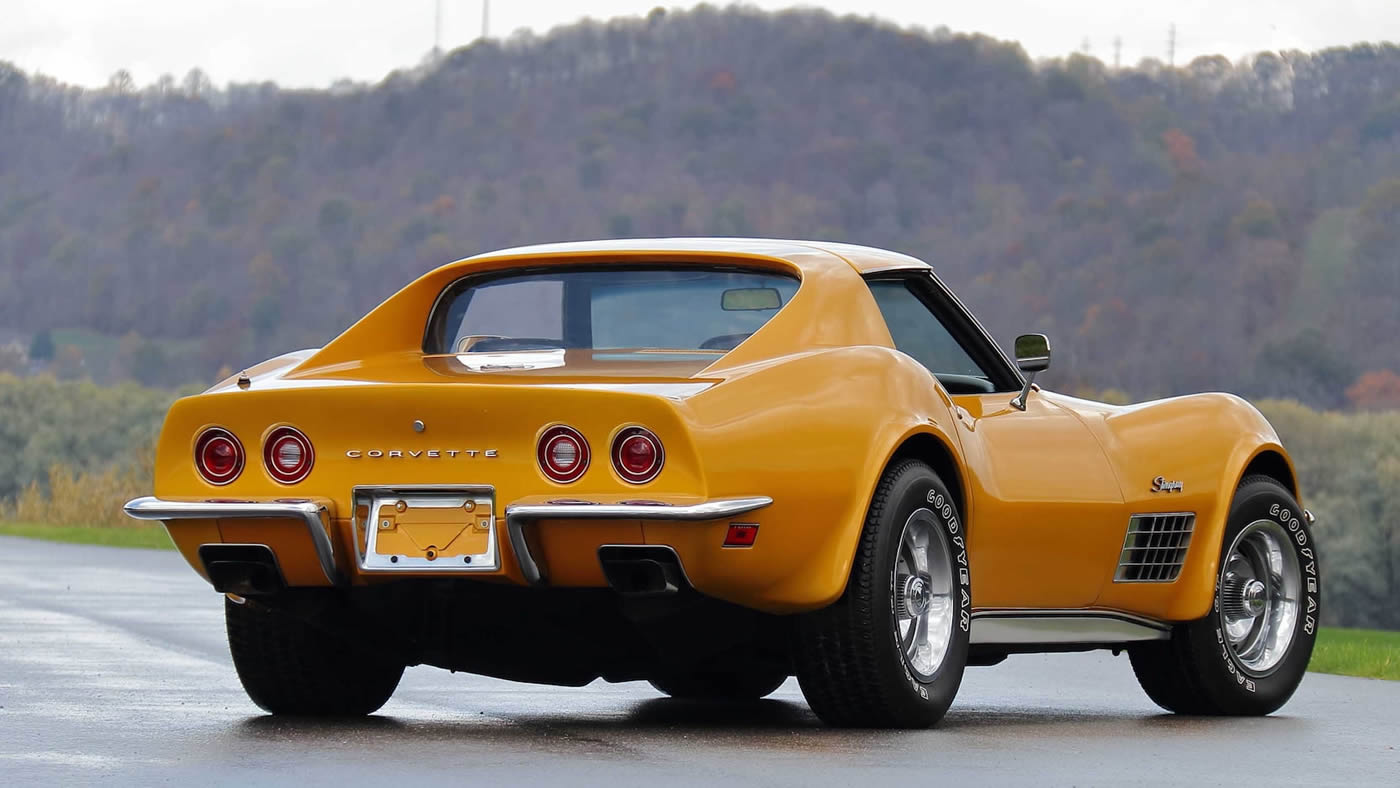 Given the remarkable condition of this 1972 Corvette and the fact that it's the very first one to roll off the assembly line that year, it would definitely be a worthy addition to anyone's personal collection.
Source: Mecum Auctions

That's sweet! The description said it came with a 350 tranny, wouldn't a big block have come with a 400?