The history of John and Burt Greenwood and their Greenwood Corvettes is well known within the archives of Corvette racing.

Their father worked at the GM Tech Center after World War II and it was his knowledge and experience that helped shape their interest in automotive engineering from an early age.

Starting in 1964, John Greenwood with the help of his brother Burt, spent the next several years modifying and racing Corvettes at various venues until they opened up their own engine building company in 1969 called Auto Research Engineering. Shortly after this, John started setting records with his creations going on to win the SCCA A-Production National Championships back to back. 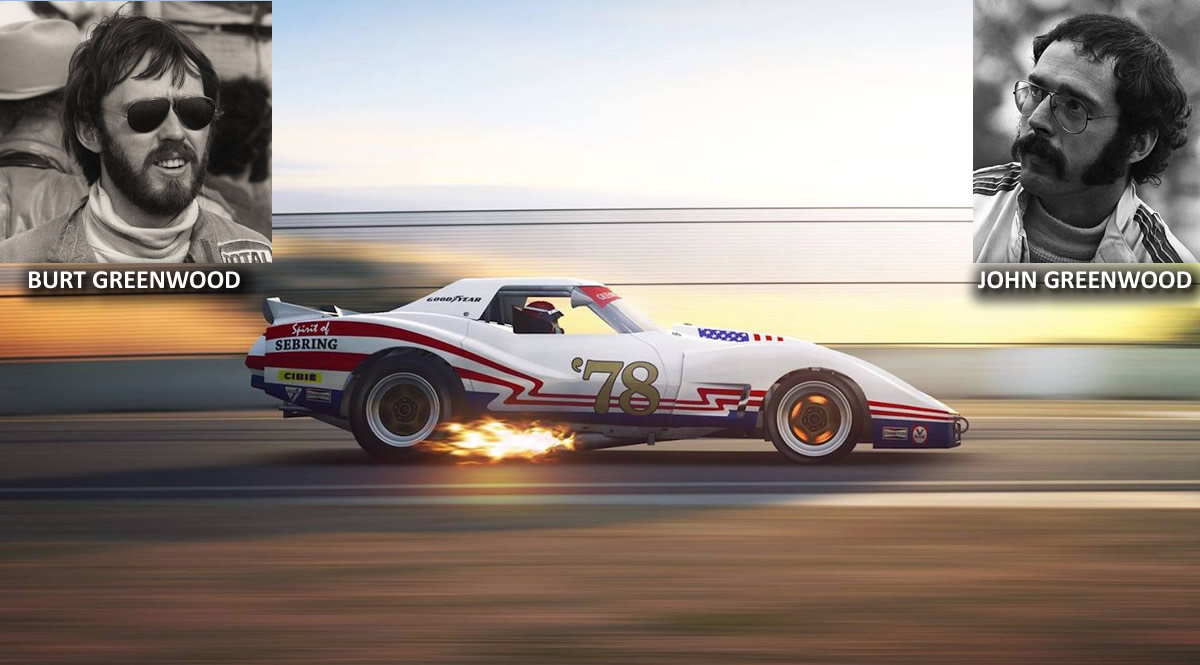 John and Burt's Corvettes utilized a signature stars and stripes theme. Combined with their racing pedigree and success, the Greenwood Corvettes have become legendary among Corvette racing enthusiasts.

Listed for sale on Bring a Trailer, this 1969 Corvette was built into a Greenwood widebody race car in the 1970s, and is believed to have been campaigned by Rick Mancuso and Burt Greenwood as a Greenwood team car in 1975. 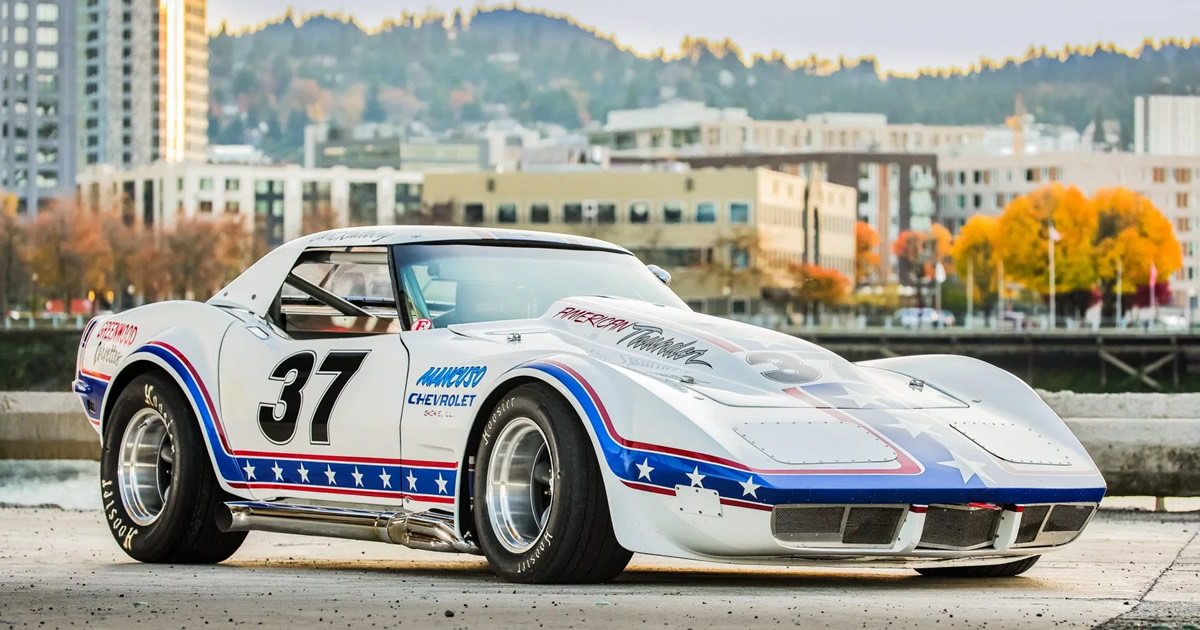 It was purchased shortly after by another SCCA race car driver who competed with the car until 1979 and then occasionally raced it using two different body configurations up until 1988.

The current owner acquired the car five years ago after the body was returned to its original Greenwood livery. 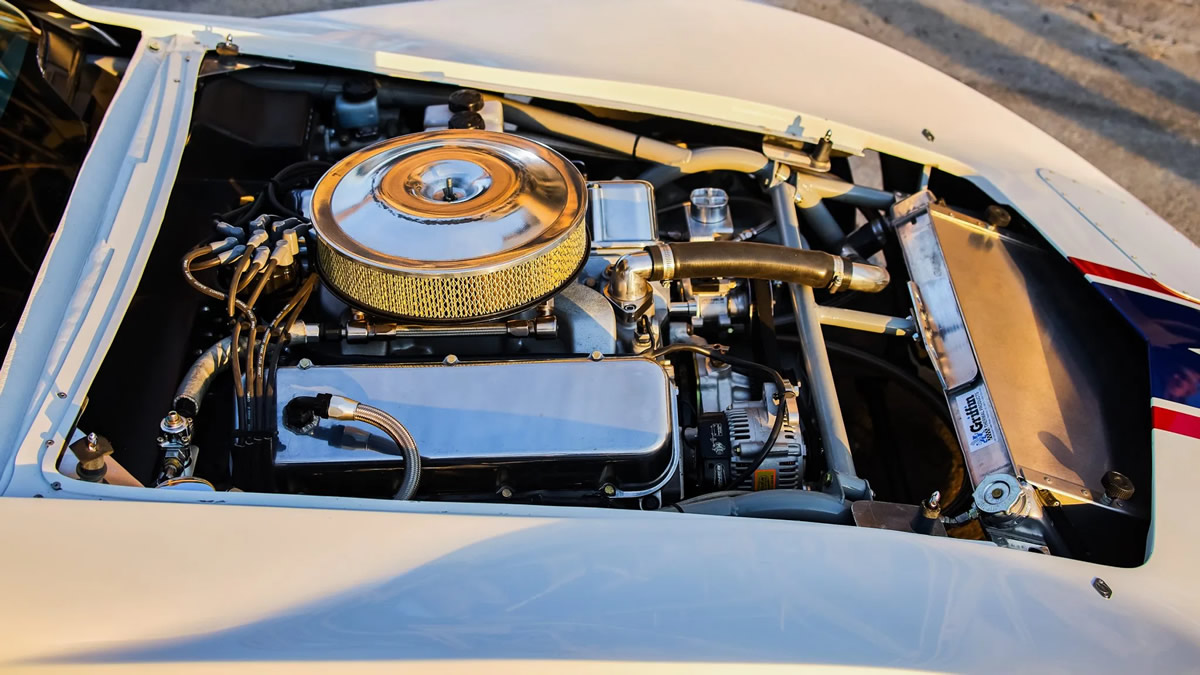 From the engine and Wilwood brakes to the Eaton limited-slip differential built by Tom's Differentials in Ponderay, Idaho, this is one impressive Corvette racing car.

It was completely refurbished in 2017 and comes with three SCCA logbooks, past photos and documentation, correspondence with prior owners, and a bill of sale.

It's now on consignment and offered for sale by the selling dealer on the Bring A Trailer website. As of this writing, the current bid is $70,000. If you're thinking about trying your hand at SCCA racing, this just might be the perfect weapon to take on your next track! 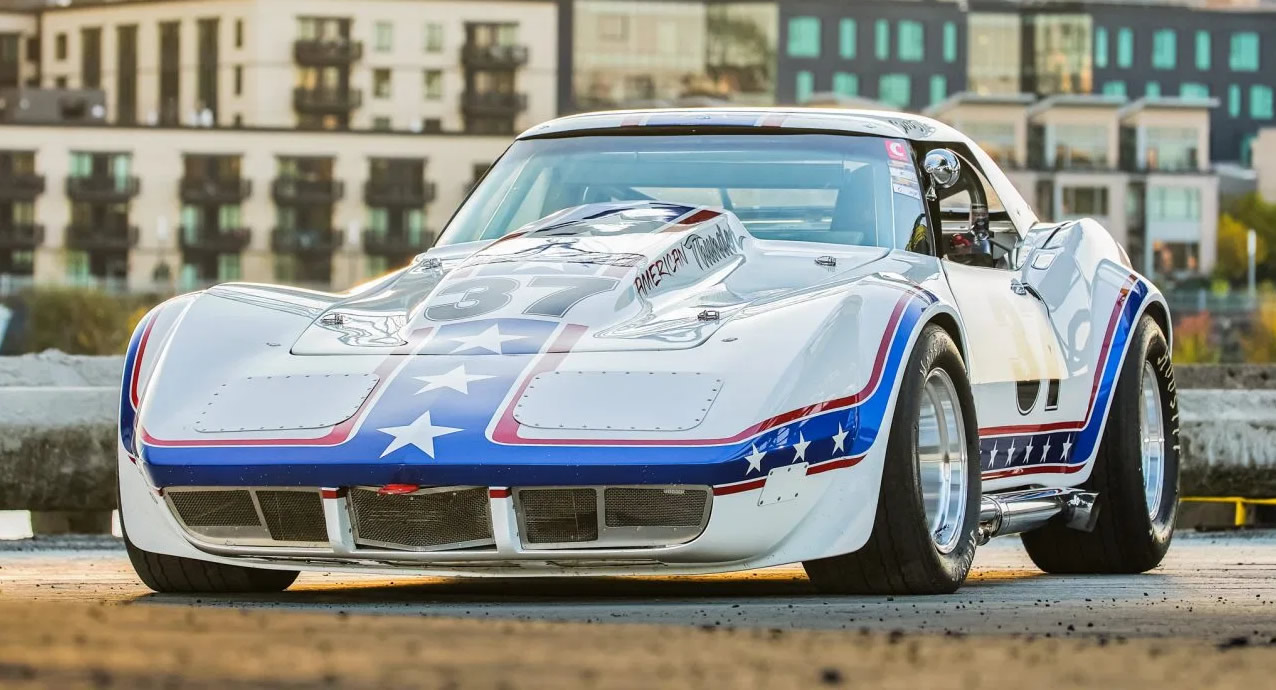 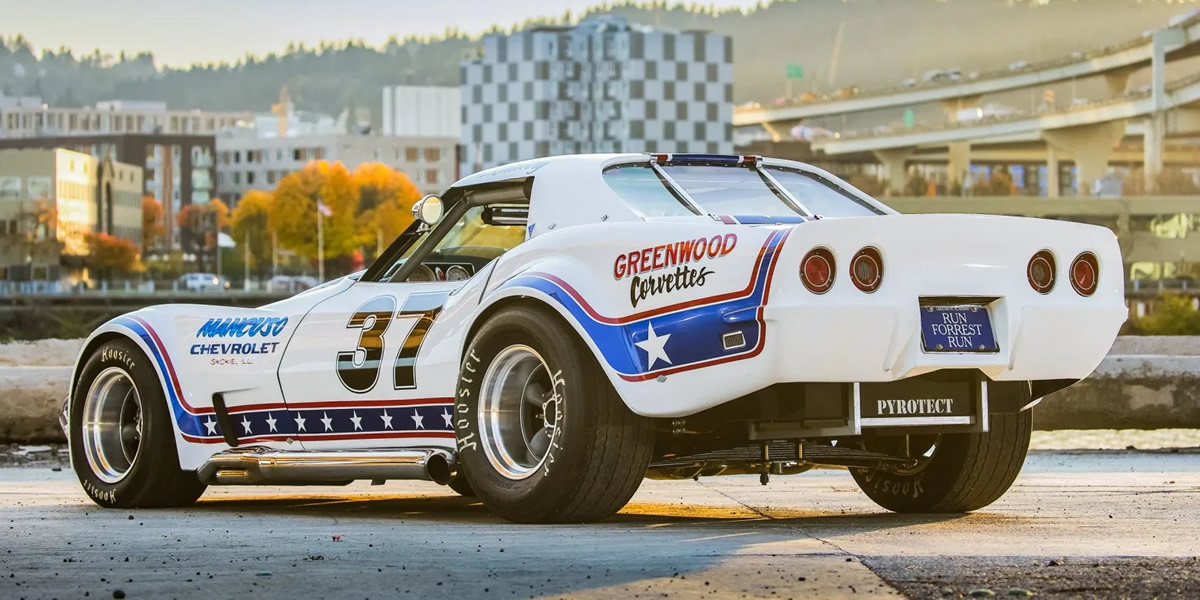 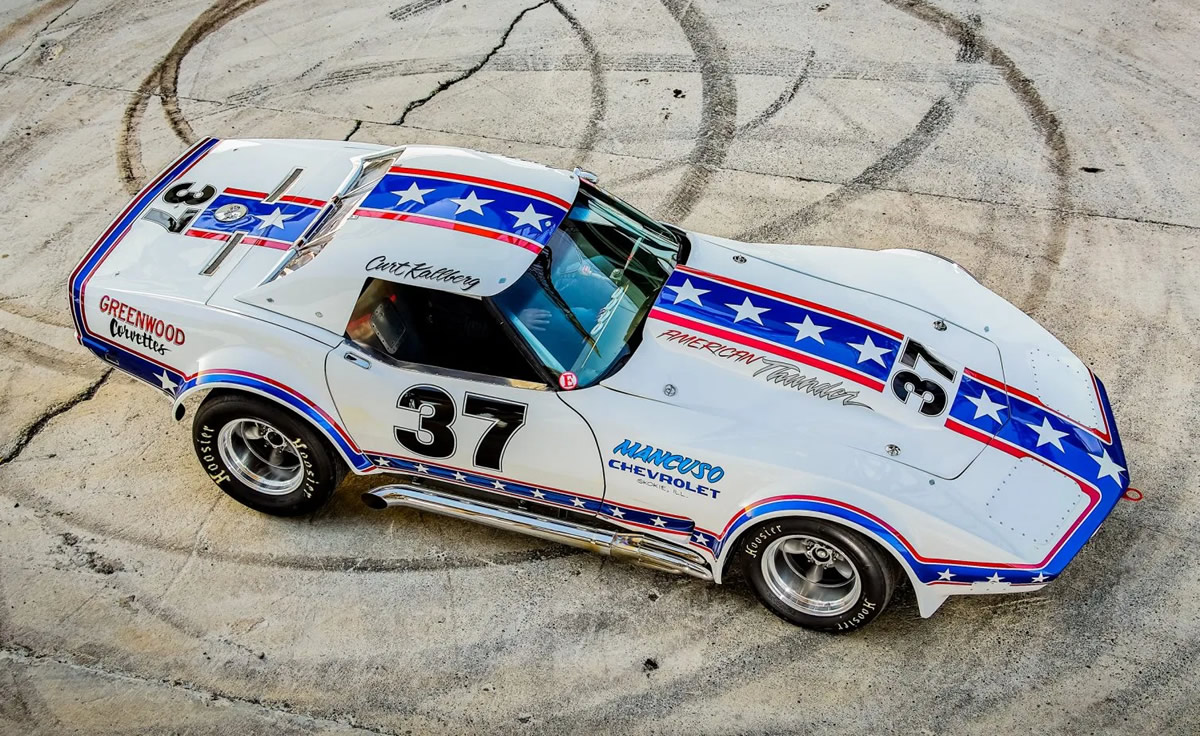 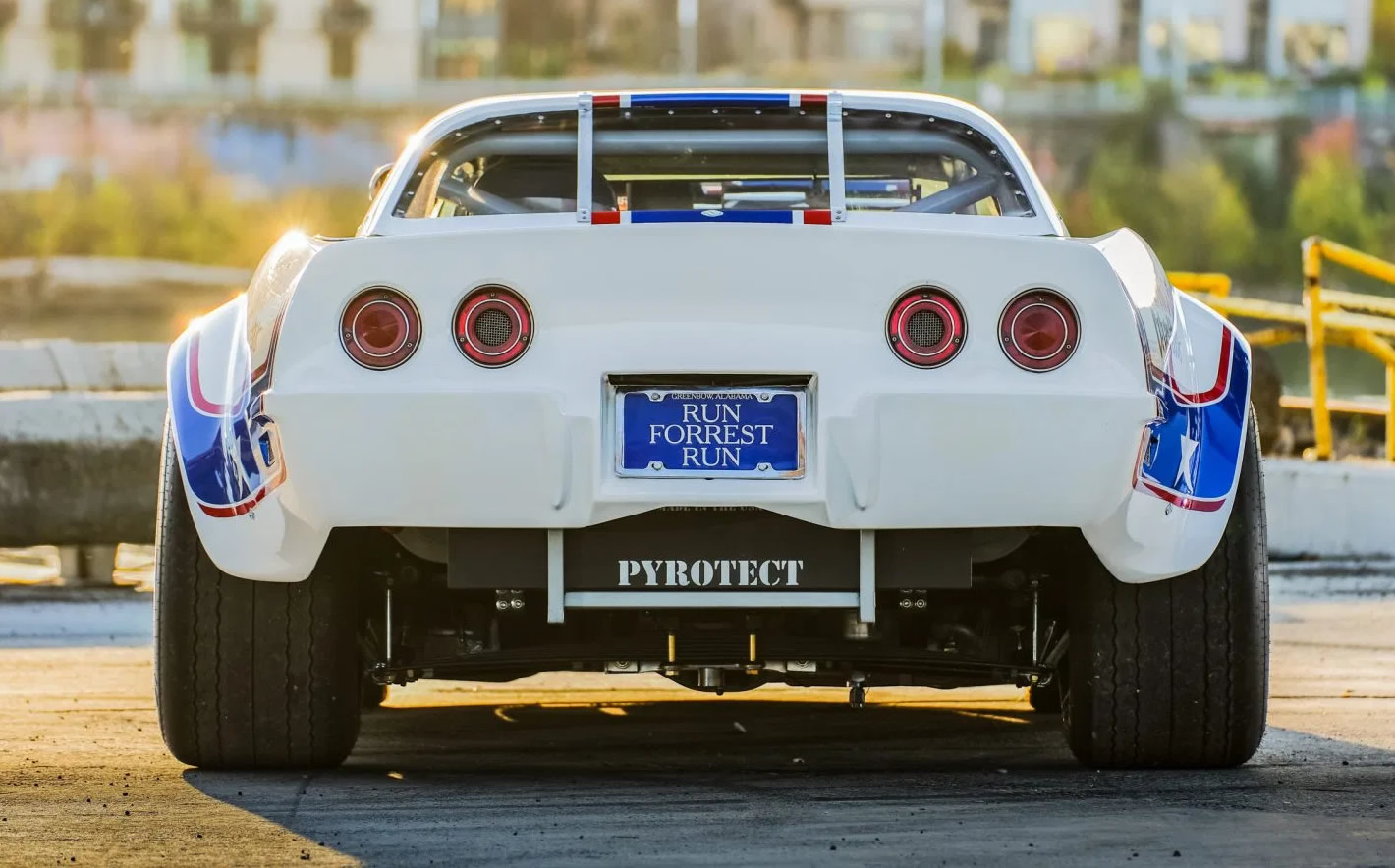 What a nice looking C3

I am sure that I built a plastic model of this car when I was a kid.
You must log in or register to reply here.