I know this subject has been posted to death, but here goes. Just rebuit all 4 calipers with new seals and boots, installed new master cylinder. I used power bleeder and tried for half a day to get air out of system. Brake light is on, of course, and pedal goes to floor. I also tried the old fashioned way with 2 people, one pumping pedal, to no avail. When someone pushes on pedal and I open front bleeders, they say the pedal moves down faster, but not when I open rear bleeders. I guess porportional valve is partially blocking rear system. I have been bleeding brakes for 30 years and never had such a problem with a system. No leaks anywhere. would a bad proportional valve hold trapped air?, or should I just keep trying to bleed them? I have tapped on calipers while bleeding, raised one end of car, tried all the tricks I know of to no avail. By the way, I just bought the car a few months ago, and it has been sitting for 14 months. The brakes were very soft when I brought the car home. 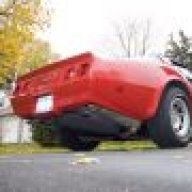 Check this link.
http://www.corvetteactioncenter.com/forums/showthread.php?t=54746&highlight=bleeding+brakes
The rear calipers have 2 bleeders on them, inside and outside. But you're saying you don't get any fluid or air coming out the bleeders when you open them?

Did you get your engine running? If so, what was it?
Pete
F

yes I did, thanks to you and the others. The module in the distributer was bad. I installed a friends distributor and it fired right up, so I bought a replacement delco super comp distributor with a high output coil. runs like a bear, but I can't drive it without brakes. Thanks for all your help.
F

So if the line isn't blocked and you still have air in the lines, try this with a second person.
Bleed the master cylinder first, then..
Bleed the inner right rear, then the outer right rear.
Inner left rear, outer left rear,
Right front.
Left front.
The rears are a little harder to do because of the dual bleeders. You have to take the wheels off to get to the outer ones. Make sure you pump a lot of fluid out of them. 4-5 oz. to make sure you have all the air out of the lines.

Then once you get the pedal firmed up, pump the pedal fast a few times with the engine running to get the light to turn off.
Pete
F

thanks. I try it this weekend. 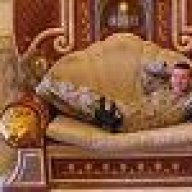 fatboyreyn said:
thanks. I try it this weekend.
Click to expand...


I remember reading somewhere that the brake light sometimes needs to be "reset" by standing on the brake pedal as hard as you can to re-center the proportioning valve (assuming it is serviceable).

My memory is foggy on this, and I don't remember where I read it so you should do a little homework before trusting my memory and going on a wild goose chase. If I find the source I'm half-remembering, I'll post it here.

Also, your brake lines (hard lines and/or the flex lines) could be clogged up inside if the car has sat that long. They could let enough fluid through to bleed the air out, but not let enough fluid move to operate the brakes. In the past, I have used a vaccum pump on the bleeder valves to suck several master cylinders full of brake fluid through the lines to flush them - and you might be suprised at the colors of fluid and sediment that ends up in the jar.
B

Good point about the hard lines & flex lines. If they are original you should replace them all anyways for safety reasons. I have tried using the power bleeder and vacuum pump with little or no success on the Corvette. I bleed the system starting at the outer right rear then inner right then the left rear and so on the old fashion way using a jar and tube and a second person pumping the pedal. I do use a quart jar filled about a quarter of the way with fresh brake fluid and keep the tube submerged in the fluid when cracking the bleeder open. Keeping the tube above the fluid level in the jar when cracking the bleeder valve may let some air back into the system.
Brian
Z

I think you have to have your car setting leval like on jackstands??
You must log in or register to reply here.

New caretaker/owner of a 1967 Roadster - Have some questions