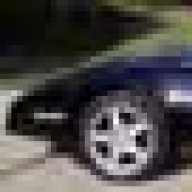 Hey Dan, I had to replace the top on my 85 a few years ago and when I bought it on eBay, the guy had it advertised as an 85, and when I received it, found the bolts did not match up. I ordered a kit from Ecklers or Mid America, cannot recall, and it took about an hour to replace everything. I did have to buy a new spring/lock washer for the visor due to hammering it out of the way. It ran about $130, and locks fine. If I can find the old parts, I will take a pic of the old and new to show the difference, I believe the bolts moved in for more stability.

It also fixed the squeaks I had for years, well worth the modification!
Jeff
Heart of Buckeye Country - Columbus OH
85 Z51 Stock with ZR1 wheels, K&N filter
Purchased on eBay April 2002
"Pay it Forward" Wayne Woodrow Hayes RIP
You must log in or register to reply here.