Beloved by both collectors and motorsports enthusiasts alike, Chevrolet Corvette is the pinnacle of GM engineering and design - but you already know that. That's why GM is proud to offer Members of the National Corvette Museum the GM Supplier Discount. You can save hundreds, even thousands, on eligible, new Chevrolet, Buick, GMC and Cadillac vehicles - but we have a pretty good idea which vehicle you'll want to use it on.


Upon obtaining an authorization number, simply take it to a participating dealer and use it by 12/31/17. Not available with some other offers.


Not a member but want the discount? Join online here!
​

Go-Karting at the NCM Motorsports Park
​

A whole new level of fun will be available at the NCM Motorsports Park next month with the addition of a karting track in the paddock - offering both "arrive and drive" and private events. Arrive and drive is $20 per person for an 8-minute session (height requirement 50").


For those businesses and clubs looking to get their brand in front visitors, we have 18 kart sponsorships available. A kart sponsorship includes four 8" x 24" custom decals on one kart and a 10% discount on a private karting party. Pricing is $1,000 for one year, or $2,500 for three years. For $500 more you can also receive a 4'x4' custom fence sign on the karting track.


Special thanks to Campbell Chevrolet, Pepsi and Showtime Motorsports for sponsoring karts!
​


Your next chance to win a Corvette is Thursday, March 16 at 2pm CT when we draw a winner for our 2017 Black Stingray Coupe Corvette Raffle.Tickets are $150 and the raffle is limited to 1,000 tickets.


Seattle and Tacoma Washington are where our travels will take us this July 26-30. This Museum in Motion trip will explore popular spots including the LeMay Museums, Seattle Center (home of the Space Needle), Pike Place Market, Mount Rainier, Museum of Flight and more. 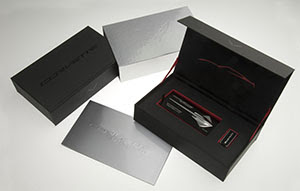 Own a Piece of Stingray History
​


Exclusive, limited edition "C7" Stingray Press Kits available! These numbered kits were gifts to media and other VIP guests at the official reveal of the Seventh Generation Corvette, courtesy of Chevrolet. Get yours for a tax deductible gift of $500 to the Museum.
​ 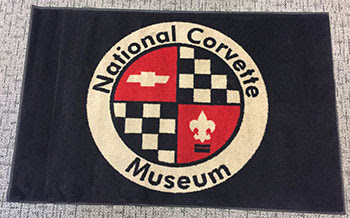 
Own a piece of Museum memorabilia! This 43" x 67" rubber-backed rug features the National Corvette Museum logo and was used in the Museum. Auction ends Thursday, March 16.
​