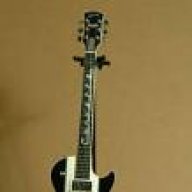 I know some of you have seen this before but it was brought to my attention again this morning and I thought you all might just as well suffer with me .

The question here is WHY????

Could this be what Bob is going to build in his new garage? :L
[SIGPIC][/SIGPIC]

It's about time that we send out a hunting party for Les Dunham. :crazy

Let's round all the Joisy boys up and go get 'em.. :crazy

To each their own.. :ugh

So ... result is a pricey, cramped, caddy-looking thing with quirky handling.

In actuality, that ride will bring top dollar... once the right pimp comes along.

To each his own I guess. That’s probbly someone’s pride and joy.

Somebody get a rope. 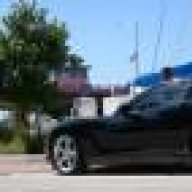 I'm amazed sometimes at what people will do to a car... :W
Evil thrives when good people do nothing~~Anonymous

67HEAVEN said:
It's about time that we send out a hunting party for Les Dunham. :crazy
Click to expand...

he was licensed by GM to build the Callabista

When you find him I have a lot of catching up to do with him. I haven't seen him since the early 90's

I lived 1/2 mile from Less Dunham and spent many many hours in his garage watching him work as a teenager, Which at the time was a one car jobbie under his Moms house.
He probably more then anyone influenced me to start playing with cars. After I moved to South Jersey I would stop in to see him from time to time and actually saw a few under construction. I asked why a Corvette? he said you aught to see how much money I make on these things

Les built all the cars for one of the James Bond movies I don't remember which one it was but it was set in New York and had a bunch of "Pimpmobiles" in it.
Somewhere I have a picture of Les and "the scorpion" which I watched being built in that 1 car garage which made several magazine covers and won many shows I'll post it if I can.

BTW Les was good at whatever he did last I saw him he was making fiberglass add ons for trucks I have a overhead console of his in my YT.

Cool. We can set up an ambush. 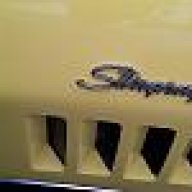 THERE IS AN ASS FOR EVERY SEAT!

Now that burgundy creation in the pic is very cool in a beatnick bandit sort of way. The burgundy car looks like a Big Daddy Roth ride. (I'm a sick man).
The best sound my L48 ever made was when it hit the garage floor!
S

Both cars are Butt-ugly!

Cool. We can set up an ambush.

For my taste I will pass on them both.

I am curious though as what the purple one would look like at abot 70 MPH on the Interstate in the rain. I know the back wheel wells would catch some rain throw back, but I bet there would still be four rooster tails shooting up from the tires.
​
Pseudomind is a member of the Jacksonville Corvette Club

Twas the night before Christmas

In a corvette with her.