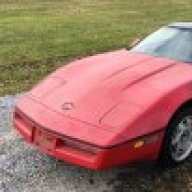 I am rebuilding a rear caliper for my 75. I can't figure out how to properly get the lip seal into the sleeve while it is on the piston - the lip keeps getting caught on the edge of the sleeve.

I think I should have something similar to a piston ring compressor to push the lip in, but can't find one small enough for the brake piston. I might have to fabricate a compressor. My other thought was to find a replacement sleeve and use it like a compressor. 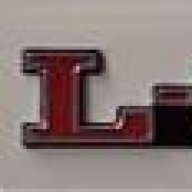 I simply use one of those small jewelers type screwdrivers to CAREFULLY tuck it in. A 1 1/2" white plumbing pvc cap is great for installing the front DUST seal. 1" cap works for the rears.

Thanks for the replies.

When I wrote the first post, my first rebuild attempt was already leaking from two of the four calipers. I had tried fabricating a compressor and tried tucking the lip in with the screwdriver. One of each was leaking.

Upon dissassembly last night I found the leaking pistons were due to the lip being flipped up part of the way around. I think this was due to not properly seating the seal on the piston. There is a flat section at the bottom of the groove and the innermost part of the seal was not properly seated on that flat section. When installing the seals, I used the same small screwdriver to make sure the back edge of the seal (away from but parallel to the pad) is tucked in next to the piston.

So it cost me an extra rebuild kit (I still have over half of it left), but the second rebuild is not showing any signs of leaking.
I should have taken a picture of it.

I'll have to try the feeler gauge approach next time - seems like a good idea.
Building a C4 to race: https://www.tiresmoke.org/viewtopic.php?f=3&t=2100
My long sold 75 L48: http://tiresmoke.org/phpBB/viewtopic.php?t=12
You must log in or register to reply here.