Milner, driving the No. 4 Mobil 1/SiriusXM Chevrolet Corvette C8.R, set a
lap of 1:40.263 (117.410 mph) to best Corvette Racing teammate Jordan Taylor
by a scant 0.003 seconds in the 15-minute session. The two Corvettes will
lead the all-GT field at the start for the noon ET broadcast on the NBC
network.

It was the first pole for Milner this year and his first with Corvette
Racing. He was the fastest qualifier at VIR in the 2004 GRAND-AM Rolex
Series’ GT class.

Milner and teammate Nick Tandy arrived at VIR with momentum following
back-to-back wins at Laguna Seca and Long Beach. Their results have helped
solidify Corvette Racing’s hold on the top two spots in the GTLM Drivers
standings with two events to go.

All four Corvette drivers have tasted success at VIR. Garcia’s three VIR
wins – all with Corvette Racing – ranks him second among all IMSA drivers
entered for Saturday’s race. leads all active IMSA drivers with three VIR
wins. Milner, Taylor and Tandy each have two victories to their credit.

The Michelin GT Challenge at VIR is scheduled for noon ET on Saturday with
live coverage on NBC, NBC Sports Gold and Trackpass. Live IMSA Radio
coverage will air on XM 202, SiriusXM Online 992 and IMSA.com, which also
will host live timing and scoring.


TOMMY MILNER, NO. 4 MOBIL 1/SiriusXM CHEVROLET CORVETTE C8.R – GTLM
POLE-WINNER: “It’s relieving in some sense! It’s good to get these little
victories like qualifying. It doesn’t mean everything but it means
something, for sure. I’m really happy with our Corvette. The balance has
been really good today, and the pace has been really good. I’m glad I could
finally put it all together in qualifying to get a pole.”
“I spent almost all my entire career racing the same class of car. I got my
first ever career pole position in GRAND-AM in 2004 at this racetrack. It
feels fitting to get my first ALMS GT/GTLM pole here at VIR. I’m super
happy. It’s good to have the pace in the Corvette. I’m happy for our guys as
well. As satisfying as it is for me, it’s satisfying for them, as well.
Qualifying doesn’t mean a ton, obviously; the race is what matters. To get
these little battles and little victories means something for sure. It feels
great.”

MOMENTUM ON THE NO. 4 CORVETTE SIDE: “We need to keep doing what we’ve been
doing… finding every last little bit out of the car, out ourselves and out
of the pit stops. Even though there are three cars in the class, we are
racing harder than we ever have against our teammates. It’s great racing.
For the fans watching and at the track they can tell that when we are
racing, we are racing these guys as hard as we ever have anyone else in our
careers. Those guys are the best competition to have – the same car, the
same equipment and same everything. To get these little victories means
something.”

RACE OUTLOOK: “The race is going to be very challenging for both our cars
and the Porsche as well. Maybe not in qualifying speed, they aren’t the
fastest. But if you look at practice times, they do seem to have the faster
car. It will be a big challenge for both the Corvettes to maximize our
strategy as best as we possibly can. We are racing our teammates, for sure,
but we’ll our best to make sure a Corvette wins the race. If that means we
have to work together a little bit at the start of the race to not fight
ourselves too much in order to get as much as a gap as we can, then we’ll do
that. I’ve never felt like I’ve had to race so hard in my life than racing
our teammates this year. They have been super fast and competitive. It’s
taken us a little bit to get to their level in some sense and get these
wins. But I’m happy we’re there. I’m looking forward to the race.”

RACING IN HIS HOME STATE: “VIR is essentially my home track. I live in
northern Virginia and only four hours away from here. It’s a track where I’ve
raced for many, many years and I’ve had success in the past. It’s one of
your classic, all-time great sports car tracks in the world. It has some of
the best people who run this racetrack as well, so it’s always a pleasure to
be here. The fans are awesome. There are lots of campers, lots of families
and lots of people having a good time. In years past, the race atmosphere
has been great and the fan walk is always packed full of people. I’m excited
to put on a good show tomorrow for the fans.”


JORDAN TAYLOR, NO. 3 MOBIL 1/SiriusXM CHEVROLET CORVETTE C8.R – QUALIFIED
SECOND IN GTLM: “It was good. Three-thousandths of a second… I should have
gone to the bathroom before qualifying. Actually I did but I should have
gone again… maybe three times! It was good to get to show how close these
cars are. Looking at the data, you can really see how close everything was.
It’s good to get another 1-2. The race will be interesting tomorrow. It
still looks like there will be mixed conditions. So there’s still a lot to
play for.” 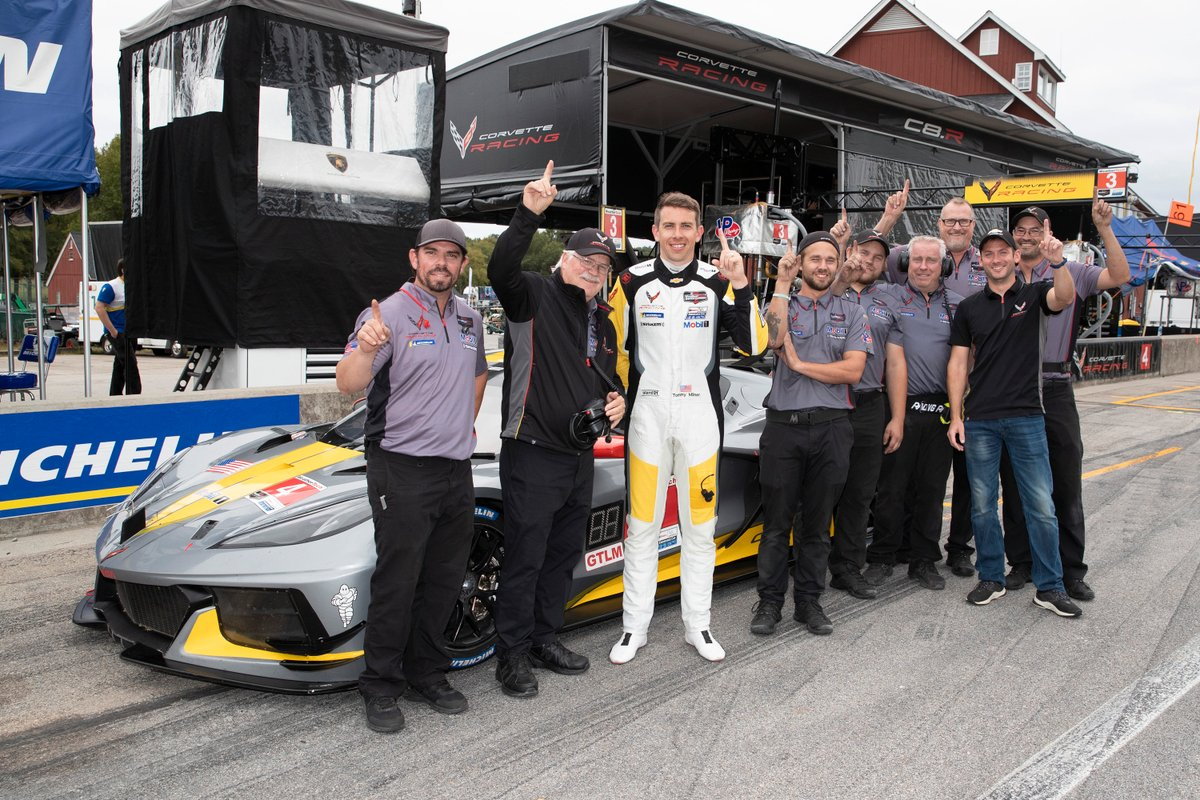