Garcia, driving the No. 3 Mobil 1/SiriusXM Chevrolet Corvette C7.R with Jan Magnussen, set a track record in the GT Le Mans (GTLM) category with a lap of 1:40.799 (121.429 mph) that bettered the previous mark by more than a half-second. The 2014 GTLM Watkins Glen winner with Magnussen, Garcia was 0.317 seconds clear of the field Saturday. They enter Sunday second in the GTLM Drivers’ Championship.


Teammate Tommy Milner in the No. 4 Mobil 1/SiriusXM Chevrolet Corvette C7.R qualified third in class at 1:41.291 (120.839 mph). It puts the two bright yellow Corvettes lined up one behind the other on Sunday’s grid.


The Sahlen’s Six Hours marks Corvette Racing’s first event in IMSA following the 24 Hours of Le Mans two weeks ago. It was a bittersweet race with both Corvettes showing race-winning pace but ultimately getting the worst of the luck with two crashes that took away any hopes of a victory of podium.


The Gavin/Milner Corvette is a different car than they drove at Le Mans following Marcel Fässler’s heavy crash six hours in. This weekend’s No. 4 Corvette is the chassis they drove to the 2016 IMSA GTLM Championship and four victories.


The bad luck from Le Mans struck the No. 3 Corvette on Friday with a precautionary engine change during the first Watkins Glen practice. The Corvette Racing crew completed the work in plenty of time for the day’s second practice, and the drivers repaid the efforts with a banner day Saturday.

The Sahlen’s Six Hours of The Glen begins at 9:45 a.m. ET on Sunday, June 30. It will air live on the NBC Sports app beginning at 9:30 a.m. ET with same-day coverage on NBC Sports Network at 7 p.m. ET. Live audio coverage of practices, qualifying and the race from IMSA Radio is available on IMSA.com.

ANTONIO GARCIA, NO. 3 CHEVROLET CORVETTE C7.R - GTLM POLE-WINNER: "You always have to be careful with Richard (Westbrook, second-quickest qualifier) because he is always very, very fast. Kyle (Millay, No. 3 Corvette race engineer) did a really good job of telling me what Richard was doing and that gave me an opportunity to cool down so I could go again. So I had more to give as I showed on the last lap. I am happy for Corvette and Chevrolet. And finally we have something which is good for tomorrow and we can turn it around and start winning races.”
(On engine change after Friday first practice): "It was very tough to lose an engine in first practice, but that is why we have the other Corvette. The No. 4 car did a fantastic job of doing all the work that is supposed to be divided between both cars. All the work they've done we put in our car and everything seems to be working as you saw. It is always a team effort and I'm very happy with how the car behaved today and I hope this is a good start for tomorrow."


TOMMY MILNER, NO. 4 CHEVROLET CORVETTE C7.R – QUALIFIED THIRD IN GTLM: “This was a great qualifying for the team. I’m pretty amazed at what this team can do coming off a week-and-a-half break from Le Mans – really less than that for the crew guys and engineers. To go P1 and P3 is awesome for the whole group, and also for the No. 4 Corvette guys having to prep a car that sort of wasn't set up for GTLM. To get that going and go P3 is awesome. For sure I’m happy with the effort from the team and the car. As always we have a bit of work to do, but certainly third place is a great place to start the race tomorrow." 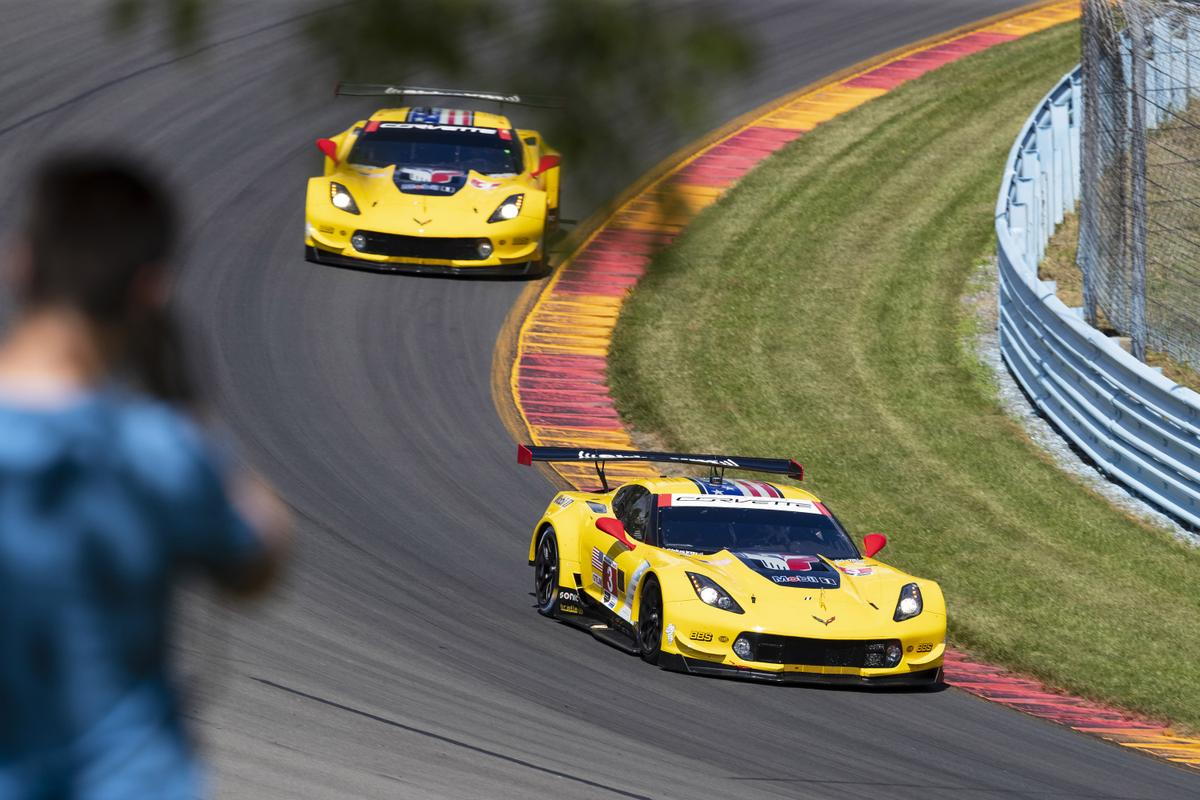