We're back in south Florida after our round trip road trip to Los Angeles in our 2004 Z06 CE Z16. All together, we covered about 6500 miles in three weeks. It was a great trip and the car was nothing short of a joy to drive every day.

We lucked out with the weather only encountering a little bit of rain several times; light showers along the Florida gulf coast and in Texas and one very short drizzle in LA. I tried to pay attention to the weather forecasts and the weather channel every evening in planning the next day's route but dealing with the weather is one of those situations where it's better to be lucky than smart. I never really had to change our agenda to avoid bad weather but I always tried to be aware of where storms and fronts were as we travelled across the country.

We didn't follow a fixed daily agenda. We'd head out after breakfast and do 500 or 600 miles comfortably and then stop and find a place to stay before dinner so it was all daylight driving. I basically stayed on the interstates coming and going except for extended periods in Arizona, New Mexico, Nevada and California where I looked for the roads which were highlighted by AAA or on the maps to be of particular scenic interest in the mountains and the desert. Our sight-seeing detours took us to Sedona, Arizona, Death Valley National Park and Joshua Tree National Park, none of which we had visited before. All very special places.

The really big deal of the trip was the three days I spent at Spring Mountain Motorsports ranch in Pahrump, Nevada about an hour outside Las Vegas. This experience was just sensational spending three days learning how to better handle and drive C5 and C6 Z06's around Spring Mountain's track. It's hard to completely appreciate what a true monster this car is when its only driven on the street. On the track it's just a joy and an adrenaline producing machine of the highest order. Our small class ranged in age from a couple of newly licensed teenagers with their dads to me as the oldest guy and I'm 65 (although in that car I feel the same age as those kids) Didn't matter though who else was in the class since we all spent so much time in the cars and on the track that the experience was completely unique and individual for each of us.

I happened to find a copy of the May issue of Corvette Fever magazine last night at the local bookstore and there is a wonderful article and lots of pictures on all aspects of the Spring Mountain experience by someone who also just took the three day course. If you find the idea of driving a ZO6 on a track at all interesting, I'd urge you to take a look at this article and the Spring Mountain website. The instructors were all outstanding; knowledgeable and helpful and fun to be with. No pressure; no shouting; no tests; no grief or bs: just a chance to learn how to drive these incredible machines faster and more efficiently on the track. Perhaps someone more adept than me with computers can post a link to this article.

My wife and I stayed at one of the big hotels on the Las Vegas strip which meant I had about an hour or so to drive back and forth to Spring Mountain each day. It would have been more convenient to stay in Pahrump, which is what most of the students did, but it was more fun for my wife to be in Las Vegas during the day while I played with the cars so the daily drive to/from Las Vegas worked out OK.

We were cautioned to take it easy and watch the speed limit on the drive between Pahrump and Las Vegas. But after the course, we drove into some of the more empty (and beautiful) spaces in Nevada and California and found long stretches of road with no cars in sight either in front or behind and I was able to let the car roll. It's really something to wind up a Z06 on the road. We also found some empty spaces in Arizona and New Mexico on the way home where we got going pretty good too but I noticed that it was quite rare to find a significant stretch of interstate highway without any traffic in either direction. Man, there are lots of trucks in this country and they all seem to be on the interstate. I-10 in West Texas with an 80 mph speed limit made for pretty good running too.

I bought a Speed Lingerie bra for the car before the trip. I'm very pleased with it.
It sure caught a lot of bugs and assorted stuff during the 6500 miles. I'd give it a quick wipe most days and it cleaned off easily. It absolutely performed as I hoped it would---protected the finish, fit skin-tight and looked good. Got up to some pretty good triple digit speeds with no flutter or flapping whatsoever. Still got a couple of very minor nicks from stones or road chips or whatever; a small spot on the windshield and on the hood above the bra but the bra did its job in protecting the finish it covered. It will always go back on the car again for any road trip.

I also installed the new Passport 9500i radar dectector. The mount is hardwired into the rear view mirror and I'm very happy with that setup. It's the first radar detector I've had so I don't have a personal basis of comparison but I really like it. The more miles I drove with it, the more comfortable I became with it and with understanding the alerts and what they meant. It's an exceedingly sophisticated device and like anything, takes a bit of getting used to. False alerts are quite rare. I really like driving with it.

Despite the detector, I got nailed with a speeding ticket and am still ticked off about it. The only lousy event on the trip. Here's what happened.

All my driving life I've figured police won't give a speeding ticket for driving at the speed limit plus ten percent. So I've always assumed no worries going 33 mph in a 30 zone; 50 mph in a 45 zone; 77mph in a 70 zone; etc. I was headed north on I 45 just north of Lafayette, Louisiana with the cruise control set at 77 mph in a 70 zone. It was the middle of the day in quiet rural country. The road crested an overpass and dropped down quickly. Instantly after topping the hill, I saw a cop standing on the side of the road next to his patrol car. He lifted his arm and pointed his radar gun at me. The detector beeped, he waved me over. I didn't even have a second to hit the brakes to slow down.

He took my license, wouldn't talk except to say he got me doing 77 mph, and wrote me a ticket. Here's the kicker. This wasn't a Louisiana state trooper; it wasn't even the local county sheriff; it was a cop from a little town called Washington, Louisiana that is somewhere nearby the interstate. I guess there isn't enough money to be made nabbing folks on the smaller highway that runs through Washington so this cop sits on the interstate writing tickets. As I sat there reading the ticket he handed me, he pulled over the very next car to crest the hill. Other than telling me to call the town hall to find out about paying my ticket, he refused to talk. Cost me $165 for going 7 mph over the limit. Back home I've googled it and this seems to be a classic and well known speed trap. I don't think I've ever seen a local cop set up looking for speeders on an interstate
before.

Anyhow, this was just an annoying hiccup on what was a wonderful trip in a super car. We'll do it again later this year in the fall and drive all the way to the opposite corner of our country up to the state of Washington to welcome our son home from his tour of duty in Iraq in October.

Cross country in a Corvette in the spring and again in the fall. To me, that's what being retired means. Sorry, no pics. I was having too much fun to fool with a camera. Maybe in the fall....

Wow.. What a nice write up. I am envious of your experience. Hopefully when i retire i can do the same thing.

Now that sounds like a real vacation, except for the ticket part. Maybe one day I will partake of some adventure like yours.

​
Pseudomind is a member of the Jacksonville Corvette Club

Very good to hear you made it back safely and had a great time! I posted in the original thread a couple days ago wondering if you had gotten back yet. May need to leave a note there to point those interested to this thread. Your trip and fun at Puhrump sound like lots of fun, finally being able to see what your car is capable of doing! Sorry about that Lousianna ticket! The locals seem to be making a few bucks at the state image's expense! I remember several years ago seeing a piece on a news-magazine show about speed traps and laws that only exist there regarding driving violations. I always try to get through there as quickly, NOT FAST, as possible!
Also good info about your impressions with the bra for travel.
BTW/ Did you happen to hear anything about a big development or future property-value raising happening in Puhrump? My mom (91) still owns a bit of property out there that we need to sell, and I read something that led me to believe something may be in the making. Just curious.
Welcome back!

Jupiter,
Nice journal. I enjoyed reading the story. I'll be retired very soon and my wife
and I are looking forward to similar road trips. Thanks again.
Remo:cool 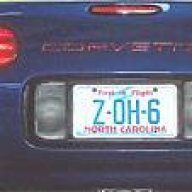 Location
On the beach in N.C.

Very nice summary of the trip

Just what I intend to do too.

Re kgelliott's question, I don't have any info on a big development or property values in Pahrump. But it seems certain that the greater Las Vegas area is hot property. Lots of suburban developments under construction around Las Vegas on the road to Pahrump. Try emailing the folks at Spring Mountain.

Spring Mountain was a blast. Went there a couple years ago. Pahrump is the fastest growing rural area in the U.S. Check out speedtrap.org before anyone goes on a trip. They have a lot of the speed traps for all states in there. 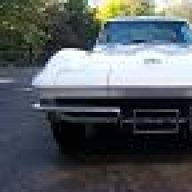 Sounds like a great trip. My wife and I went to Las Vegas in November and were going to take the vet, but time being what it was, we flew. We now both wished we had drove. As for your ticket, it is very common in Oklahoma to have locals patrol the interstates giving tickets. Several of these speed traps have been closed by the state and the local officers can't give any more tickets. I would write the state and complain. Maybe it will help another driver down the road.
You must log in or register to reply here.