Has anyone had experience with a computer program named Desktop Dyno? If so, would you share the good, the bad and the ugly? I'm considering purchasing this package if it's worth my time and money.

It's fun to play with.. no more than that (although others may swear by it)

Look at what your engine is in STOCK form. Get the HP and torque specs out of the books. Build the same engine on one of the programs. You will find out that they are close. I can only comment on desk top and I like it. You get out what you put in. They sell a manual that explains all of the base prameters and how they are used to do the calculations. You can look at the settings for each componet i.e. cam carb, injectors, manafold, heads ect. ect. and substute the exact values of your componets (like cam specs) in the overall program. You will be surprised at how close you get. Then you can add a bigger carb or larger injectors, different cam and see if it helps or hurts the HP and torqu curves.

I will e-mail you an older copy of desk top if you want! e-mail me at bill327@msn.com You will have to buy the book (Its worth what ever they ask for it) 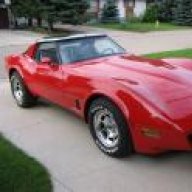 Ron,
If your still looking for Desktop Dyno I have version 1.30.
I can send it on MSN Messenger if you wish!
barry08@hotmail.com
R

Thanks Barry . . . I have a copy now . . . from an unnamed source. Anyhow, I have been playing with it. It obviously is deceptive. I cannot for the life of me, duplicate the original specs of any engines that I have said specs for. I realize that modern engines are rated in net HP. However, I have manuals that go back to early sixties engines, which were rated gross HP. I still can't get realistic numbers out of this program. However, it is very interesting to note the change that componentry makes in HP, torque . . . and more importantly, torque curve.

One of the keys to that program, least last time I used it, is getting the cam specs correct and the head flow numbers, which is a pain if you dont have well known heads or have had them on a flow bench. If you can give it accurate parts info it's pretty damn good I thought.

I could use another copy....

I put mine on a real (built-in) Dyno for $57.00 and I have "real" data on printouts up to my knees. It was so worth the $$ and now I have a true baseline of my engine and set-up. Got to be one locally near you. It was a rush watching my '81 run flat out, and after each run (3), the tech tweaked the carb and timing, so by the third run she'd increased performance about 15% just from the tweaking. Think aboout it.

I put mine on a real (built-in) Dyno for $57.00 and I have "real" data on printouts up to my knees. It was so worth the $$ and now I have a true baseline of my engine and set-up. Got to be one locally near you. It was a rush watching my '81 run flat out, and after each run (3), the tech tweaked the carb and timing, so by the third run she'd increased performance about 15% just from the tweaking. Think aboout it.

That's unboudtedly the best way. However you cant put an imaginary engine on a dyno, and it's an expensive PITA to take a chance on a combinations of componets and hope they work out.
That's when the little program becomes like gold, a high tech way to look before you leap...
R

That's exactly why I wanted the software. Not so much to determine the actual output, especially since the output of the program is supposedly predictive of the flywheel numbers. I'm more interested in the rear wheel readings. However, I played around with the program quite extensively last night and was surprised at some of the predictions that it made. Very interesting. To me, that's the key to the package . . . predicting what differing components will do . . . not neccessarily exact output numbers, but affect on power and torque curves, etc. I have no idea what I am truly getting out of my 350 right now in terms of hard numbers. However, running my old engine configuration against my new configuration through the program showed exactly what I am feeling as I drive the car. The power band starts a little later but is much wider . . . exactly as Desktop Dyno says it should be. Like I said, I don't expect to get 'true' power output numbers, but the comparison is interesting . . .

Oops. Sorry. I'd didn't catch on that you were doing an analysis on an engine not yet built.

........ Nut
Tanned, rested and
Retired in the Peoples Republic of MD ;help
R

Yes, your suggestion is good. Once I have finished the other things that I want to do, I'll have it dyno tuned again. There's a place right down the street from my office that is run by a hippie still living in the sixties. Kind of a funky dude, but he really seems to know his stuff.

I've had this engine down a couple of times now. The next investment will be in a good flowing set of heads. That seems to be where this program may be of some good . . . comparing results with the different flow characteristics of various heads . . . you know me . . . engineer . . . I have to gather data anywhere I can get it, so that I can over analyize everthing.

It's kind of like the old saying "getting there is half the fun". I suppose that I could just go out and buy a 'power package' from my local speed shop . . . or a big crate engine for that matter both with known charactoristics. But for me, there's no fun in that. After sitting in front of a CAD station all week, I wanna grab a wrench and tear something apart . . . it's therapeutic.

Once you get the software up and running shoot me a copy. It would be interesting to plunk in the specs from my engine/set up and see how close it comes out with the true Dyno runs. What are CAD tools are you using? ProE? Being an Electrical guy, we use mostly Mentor Graphics and PADS for all of our PWB/CCA design.

I'm still using Autocad 2000. I have driven SolidEdge, SolidWorks, Mechanical Desktop, Inventor. However, I design mechanical packaging equipment, so 3-D is not really a necessity. Pro-E is a monster! I evaluated it for my department (I'm the Product Development Manager), but figured half of my guys would take 6 months to learn it!!

Give me a few minutes and "you'll have mail".
You must log in or register to reply here.