Yesterday, we posted a rare 2012 Corvette ZR1 for sale which is one of only two built in Carlisle Blue Metallic with specific options.

Now we have a 2019 Corvette ZR1 convertible for sale which is the only one built in this color combination with the ZTK Track Performance Package. 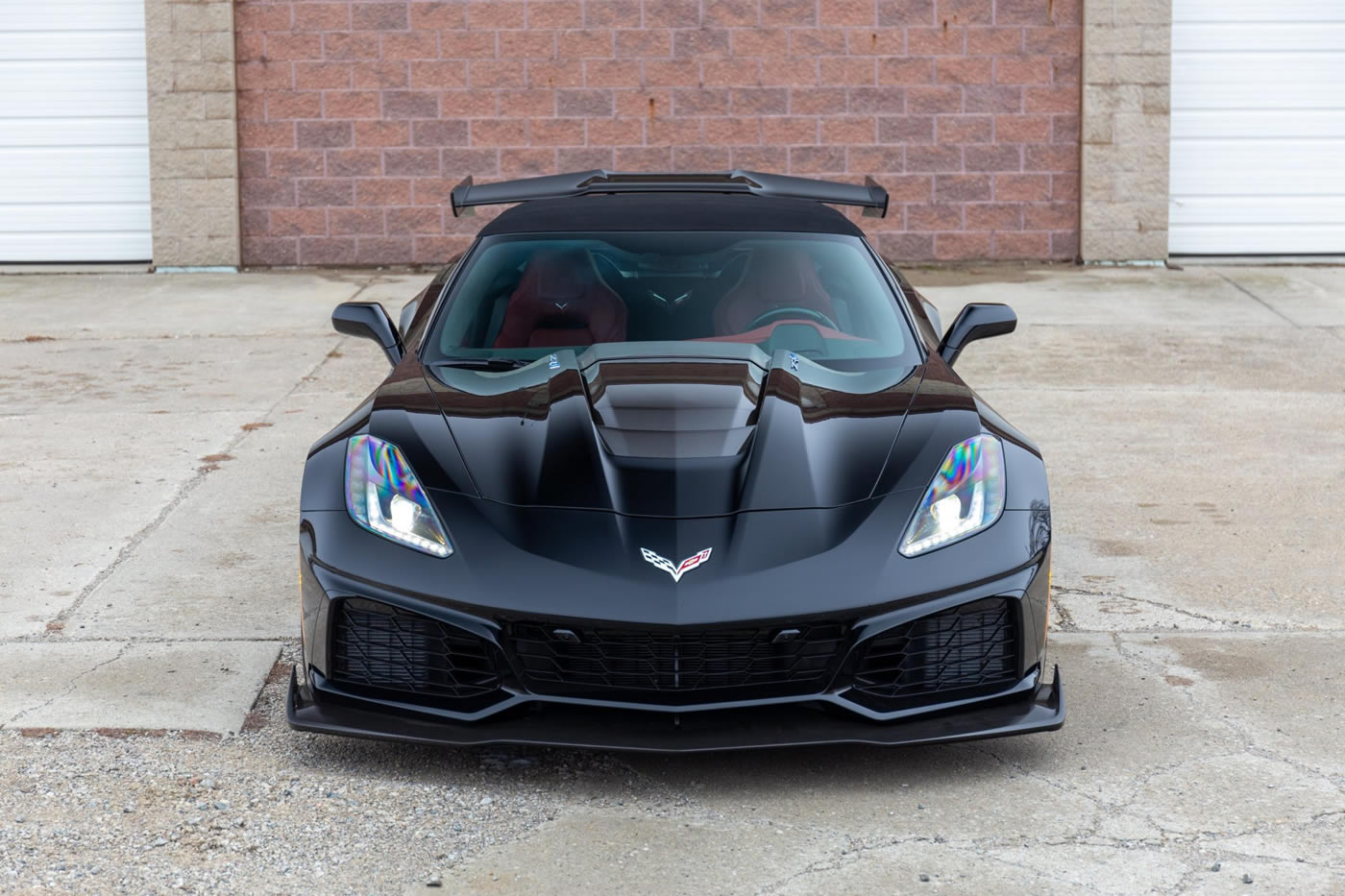 Dressed in Black with the beautifully luxurious Spice Red interior package, the car is up for auction on the Bring a Trailer website by its original owner in Michigan with only 471 miles on the odometer. 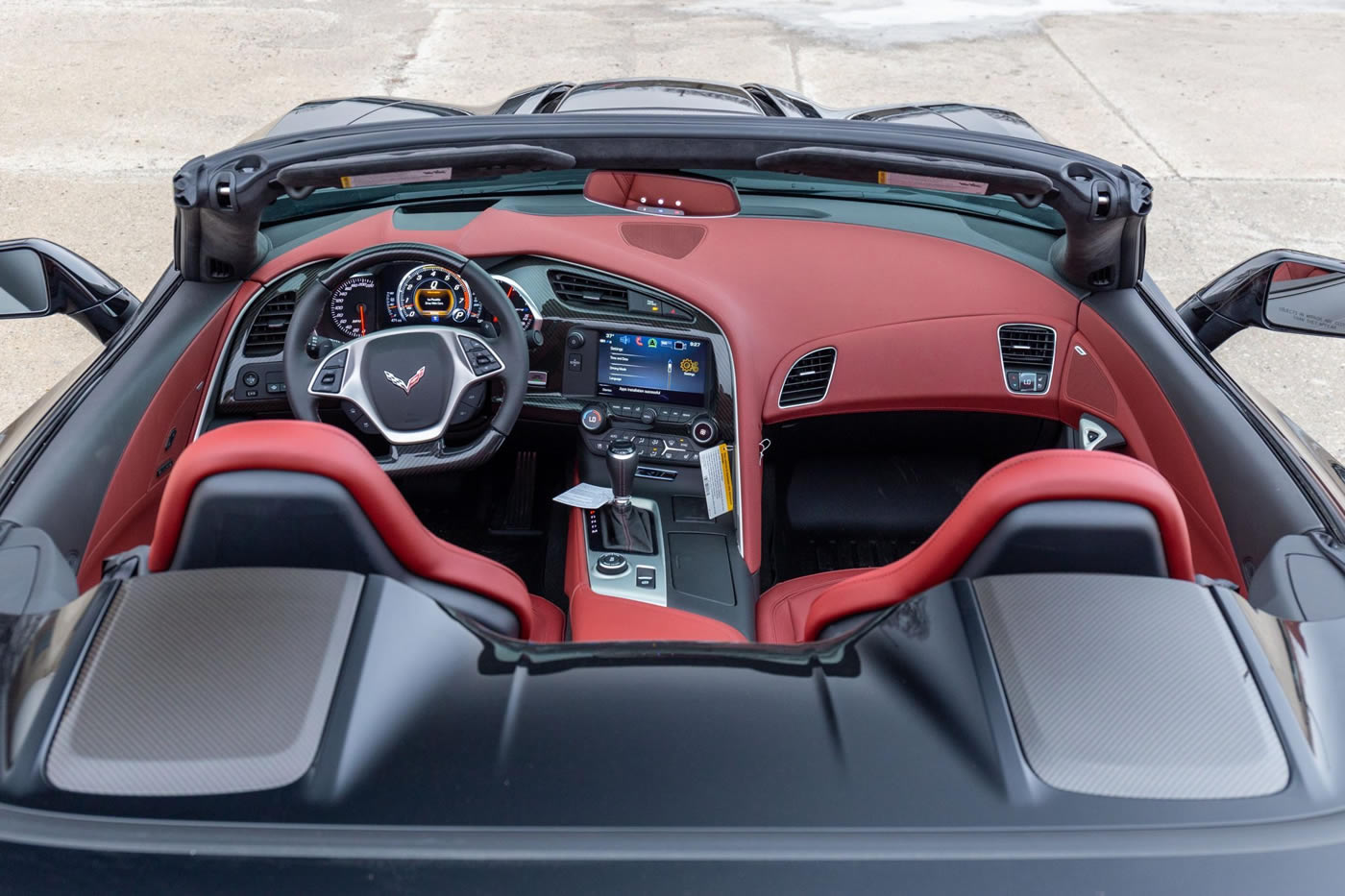 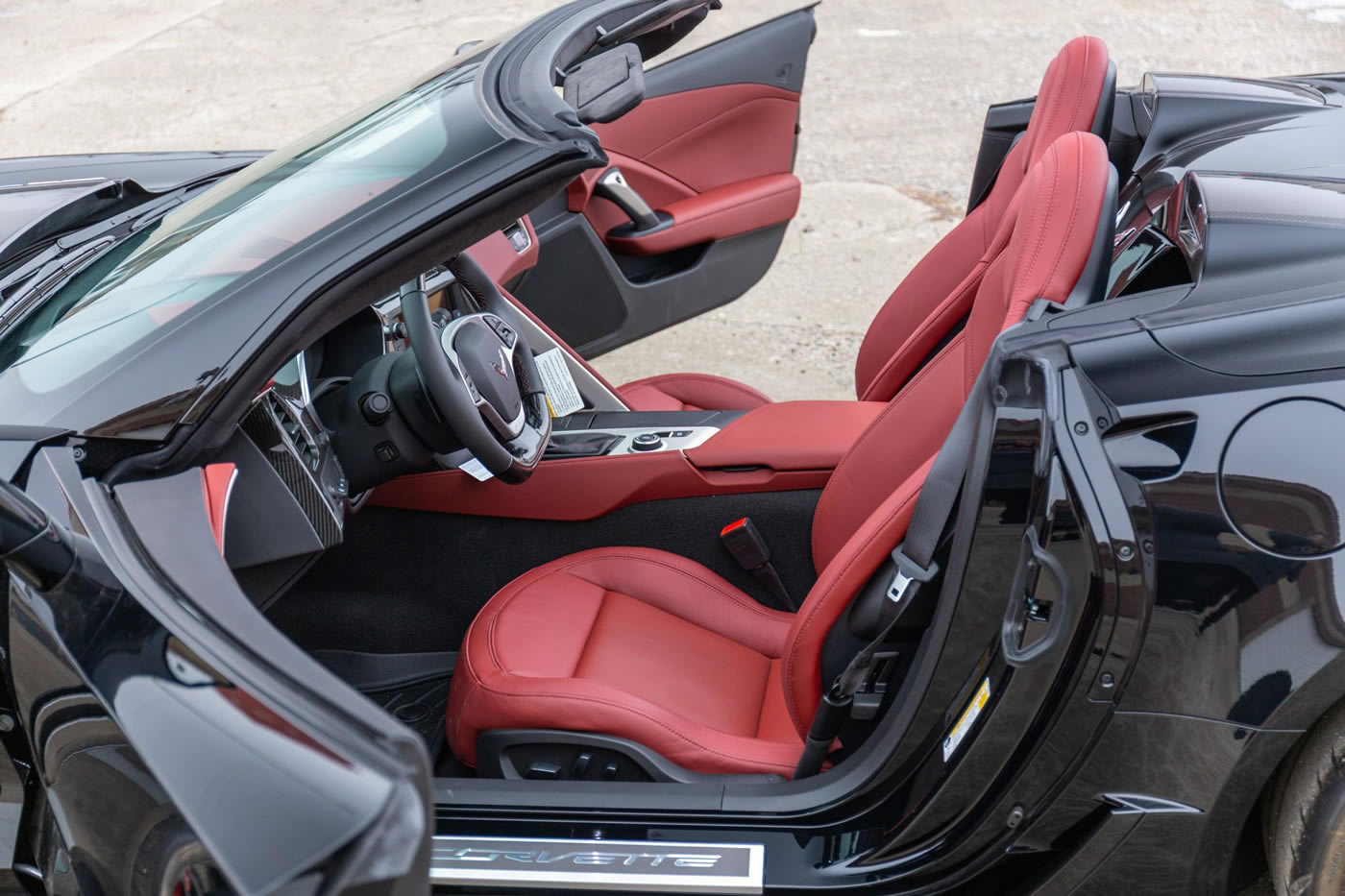 It was originally delivered to Al Serra Chevrolet in Grand Blanc, Michigan, and comes equipped with the 8-speed automatic transmission, the ZTK Track Performance Package and the 3ZR Premium Equipment Group.

According to the C7 Corvette ZR1 Registry here at the Corvette Action Center, it's the only 2019 Corvette ZR1 convertible built with this color combination and the ZTK option.

If you were looking for the ultimate Corvette track tool to scare the hell out of the competition, then a ZR1 with the ZTK option was your light saber! 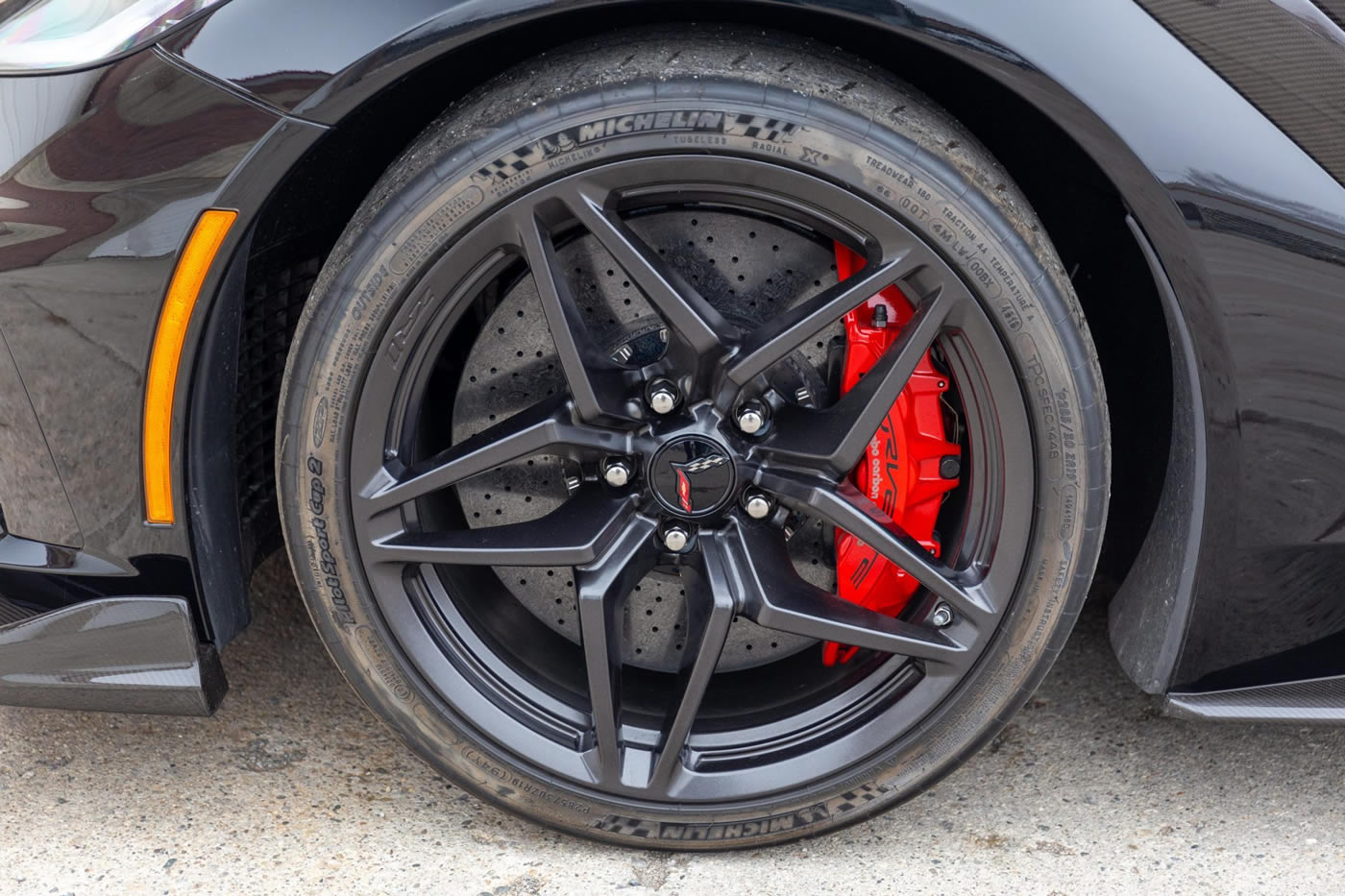 The ZTK wing offers 10 degrees of adjustability and generates up to 950 pounds of downforce at top speed. That more downforce than the 2019 Corvette Z06's wicker bill can muster, and it's the reason why a 2019 ZR1 can tack another 25+ mph onto the Z06's top speed. 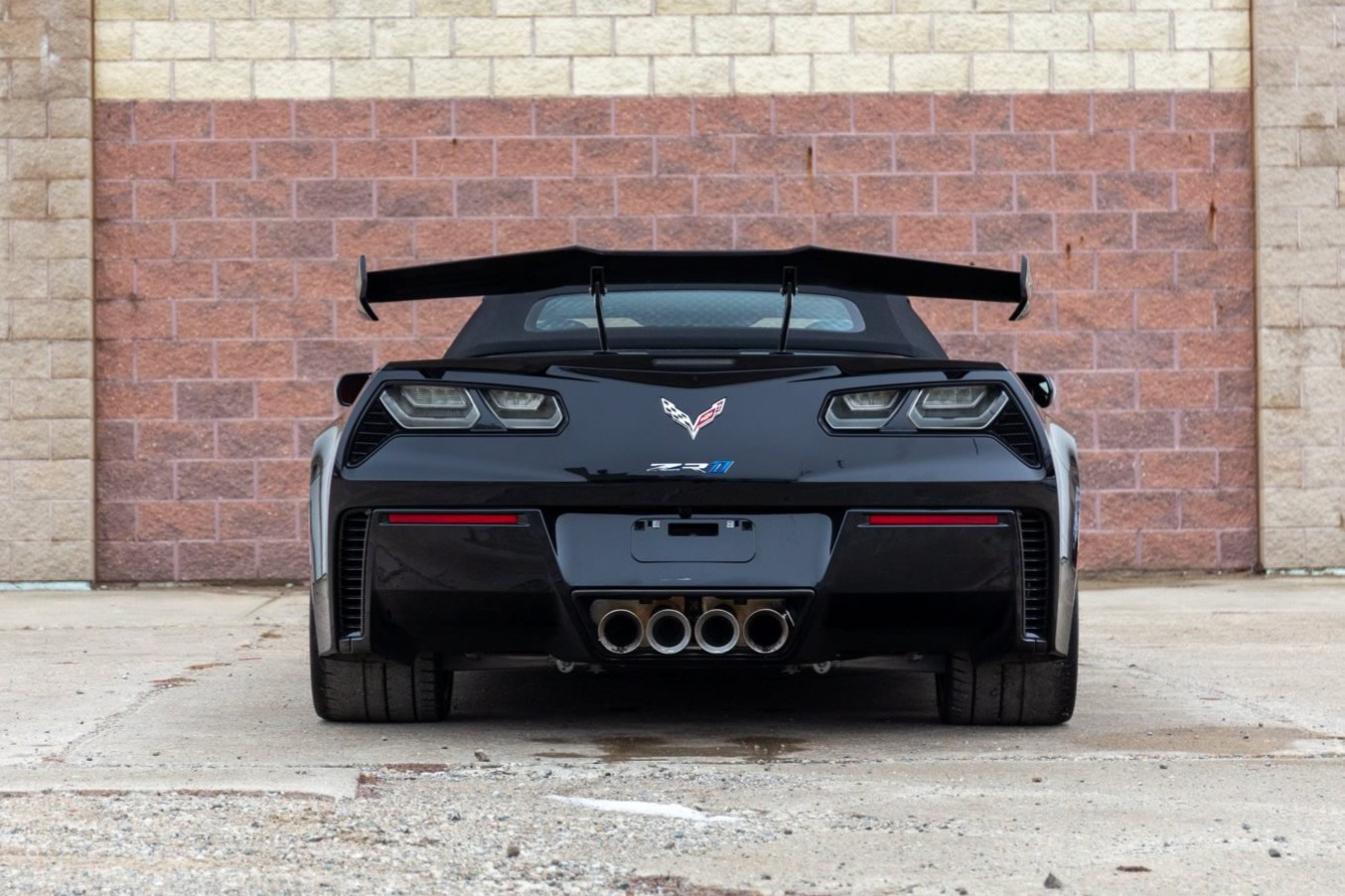 Combine that high wing with the Super Sport Cup 2 tires that look like racing slicks, and you have the ultimate track beast at your finger tips.

Power comes from a factory stock Eaton-supercharged and intercooled 6.2-liter LT5 V8 putting out 755 horsepower and 715 lb-ft of torque. Now you can understand why a Corvette like this needs a huge rear wing in the back!

With only 2,986 built, the 2019 Corvette ZR1 was the absolute Swan Song of both the C7 Corvette generation and front-engine Corvettes alike. 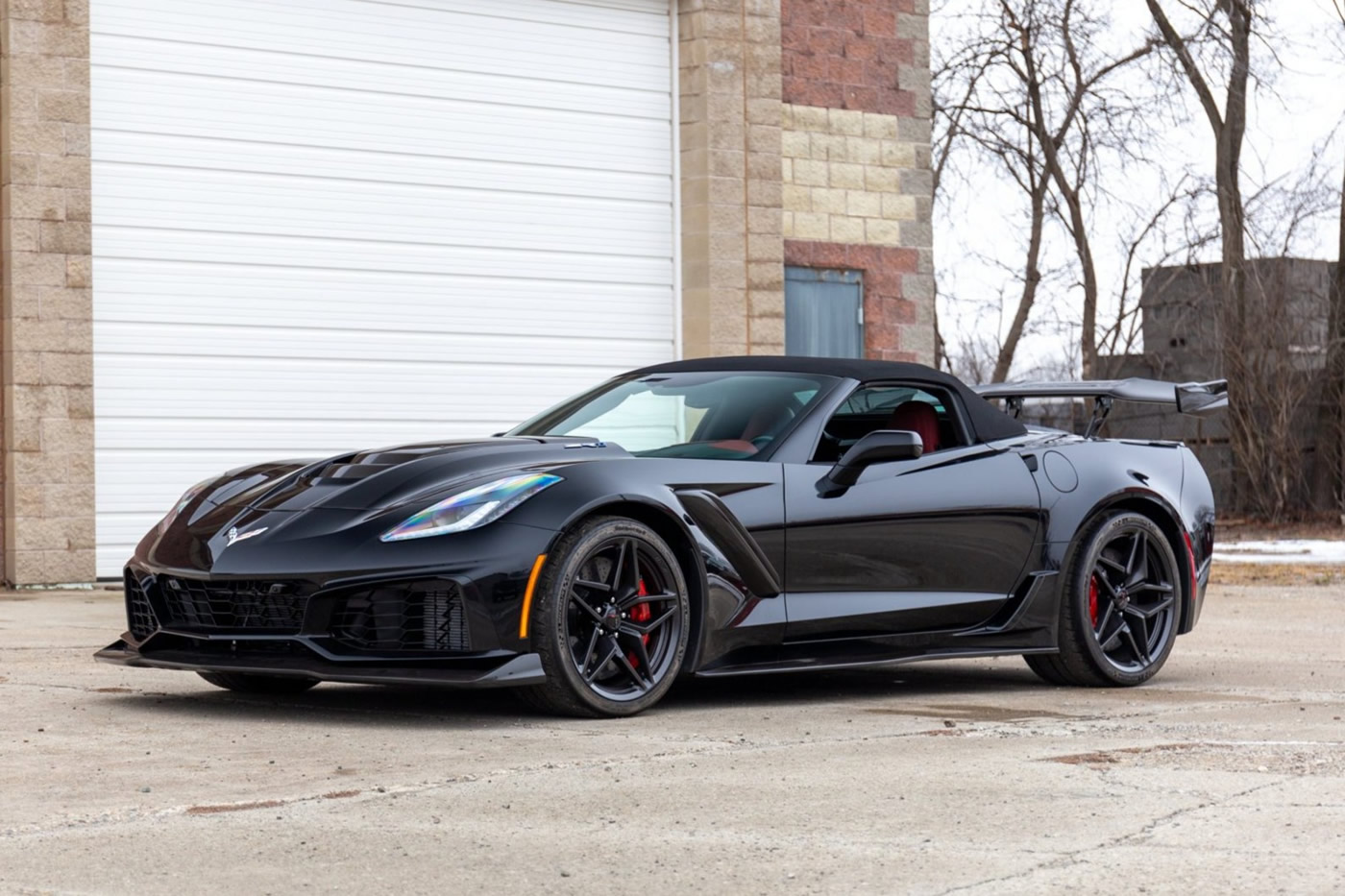 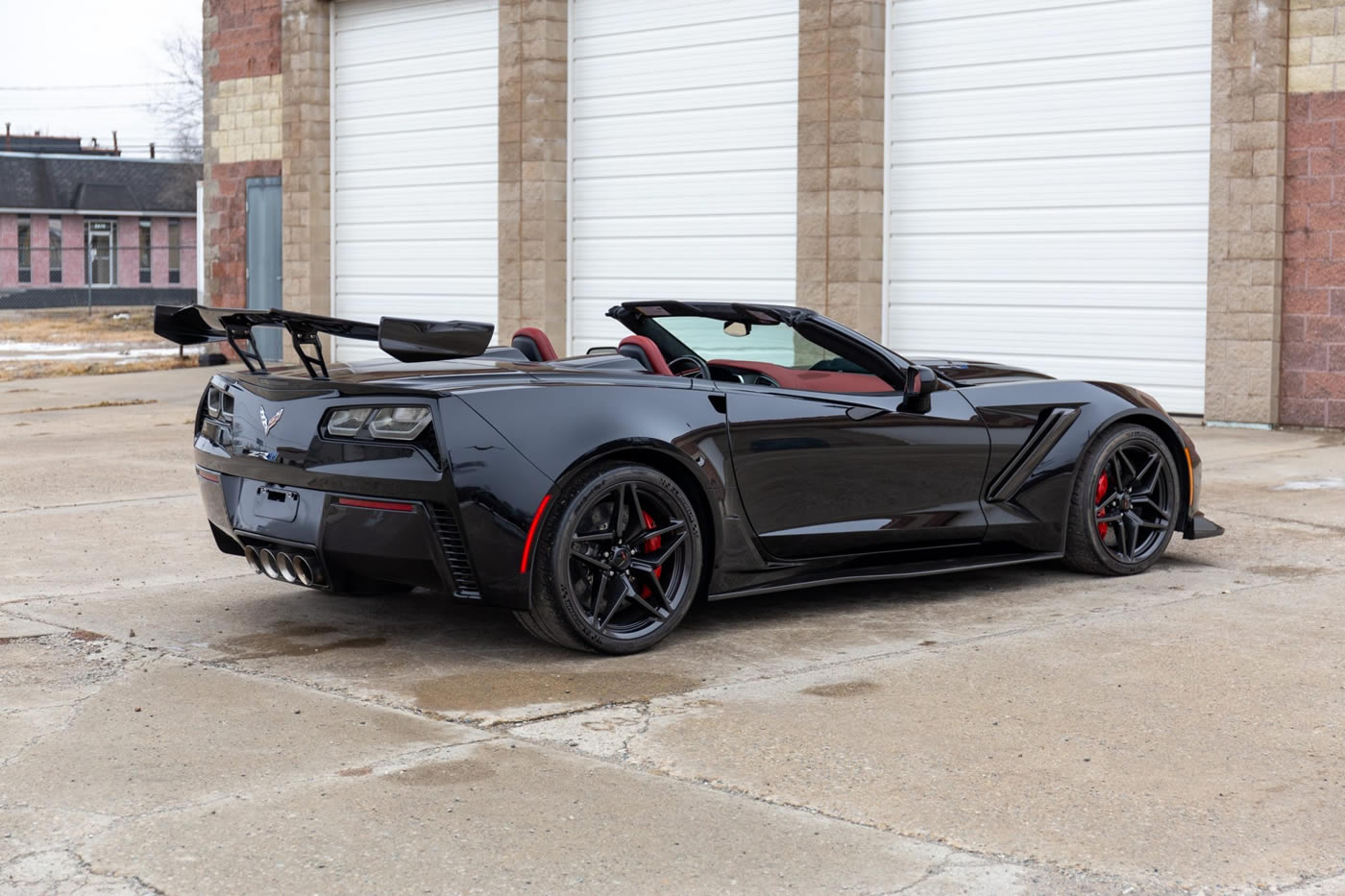 While not everyone likes the look of the big-ass wing (BAW) on a Corvette - especially the convertible, rest assured, you'll probably never encounter another ZR1 on the road like this one!