I just put my 94 LT-1 back on the road after 6 mos of sleeping for the winter and now I have a fuel gauge problem. When I first started it up the gauge was at 3/4 of a tank and I'm thinking thats funny because when I put my cars away for the winter I make sure to have very little gas in the tank to get old. So I bring it to the station and fill her up and it takes 37.00 worth of gas so I know somethings fishy. Now the gauge reads full and I'm thinking this is good, but now its stuck on full!

Any ideas what this could be?

Thanks in advance from a new member, 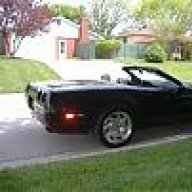 Sounds like it could be the sensor unit which is part of the fuel gage. At least the unreliable readings are symptomatic of that kind of problem. My '94 has the same unrelaible reading problem and that is what I've been told is wrong with my ride.

I recently replaced the fuel gage on my Olds Bravada due to the same irratic reading problem, so it is apparently nor unusual for GM auto's. Unfortunately, it was NOT an inexpensive fix. I've been watching eBay for a replacement fuel gage, but haven't taken the plunge yet.
[SIGPIC][/SIGPIC]
M

Thanx for the info. Is the sensor unit in the gas tank or behind the dash? 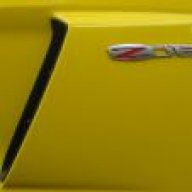 My 93 gas guage is about a 1/2 tank off, due to the tank bladder being distended. expensive to drop the tank and replace, so i live with it for now. also could be the sensor which can be calibrated i believe.
M

As I understand it, the fuel sensor is an integral part of the fuel gage which is in the rear tank. The one thing I'm unclear on at this juncture is whether or not the tank must be dropped to replace the fuel gage or fuel sensor. I've seen one repair manual that shows the gage unit coming out from above, without dropping the tank, but I've heard from other sources that the tank must be dropped to replace either part of the fuel system. Regardless, if one goes to that much disassembly, I would recommend replacing the entire system sensor and gage together. At least that's what the mechanics did on my Bravada, although they could have just replaced the sensor, they recommended against it because of the labor intensive replacement process which according to the mechanics with whom I've spoken, would have to be repeated if subsequently, the gage also failed, which apparently is not unlikely.

No doubt there are others who have this experience and can advise us both!
[SIGPIC][/SIGPIC]
N

C5s have a similar problem usually blamed on gas with a higher than usual sulfur content. Using Chevron with Techron seem to eliviate the problem (read eliviate and not eliminate). You can also buy Techron in a bottle from most automotive parts outlets to add to your non-Chevron gas. In my C5 I've learned not to have an empty or near empty tank over a period of more than a week sitting in the garage. If I do, I'm sure to get false fuel gauge readings (it will sometimes flop to empty even when full or read full for an abnormally long time them read empty all of a sudden - and it really is sucking air). I've learned to not quite trust the gauge and to pay more attention to the trip odometer which I reset after each fillup. Also stick with the "top tier" gasolines (unfortunately usually means top prices also - I guess you get what you pay for).

Reading other "storage for the winter posts" most recommend that you store with a full tank with some gas additive such as "Stabil" (sp?) Storage with a tank close to empty encourages moisture in the tank which will ruin more than whatever leftover gas you have in there. I'd rather ruin some gas, even at over $3 a gallon, than damage the tank.
M

Thanks guys. I'll stop by the auto parts store to get some techron and see if that helps first.
I was going to us the trip odom for now anyway as it seems to be the safest way to not get stuck....
8

I am not sure on later models but in my 1988 the fuel pump and sender comes out the top as one unit. It is very easy, remove the rubber under the gas cap and about 4 or 5 bolts as I remember.
M

That would be great. I'll check that out first.
B

The problem being that there is sulfur in gasoline. What happens is that when you leave a fuel tank with a small amount of fuel in it, after it has been full of fuel for sometime, sulfur can deposit on the electrical board of the fuel level sensor and cause it to malfunction. What you can try to do first, is to try some General Motors fuel system treatment-plus. It is the only General Motors approved fuel treatment for gasoline that specificlly targets sulfer on the fuel level sensor. It's not a gaurentee that it will work, but it beats taking out the tank.
You must log in or register to reply here.