Question: How bad - or not so bad - is the stock electronic QJet?

Just reviewing and thinking thru, as best as possible, all the options for my very budget top end & cam upgrade on my 81, so I have to also consider that carb and whether it's anywhere's close to good enuf to keep for a very mild upgrade or is it just hopeless?

I've got an oem shop manual and took a look at the carb section.
Wow! They're sure got that thing plugged up so it can't be adjusted!

I've got an Innovate wide band I'll install when it comes time to see just what the air/fuel ratio actually is under various driving conditions to establish some sort of baseline before I do anything like changing cam or heads or intake, but it would be nice to have some real world experiences and fact based info on whether or not it would be able to maintain a decent air fuel ratio with mild mods, if it can even do that just totally stock to start with.

I've done some work with Q Jets on stock 350's before, but that was on 70's vehicles where you could adjust things like metering rod height, secondary opening, etc.

So what's the consensus here? At all worth keeping or just "move on" to something better, either something like an Edelbrock carb or a TB efi. Of course, then, one would have to disconnect the ECM and install a regular vac operated HEI.

I plan to replace the electric lockup TH350 with a 200-4R so that part of the control situation isn't a concern.

In my induction research, I was a little surprised to read an observation in I think it was a Popular Hot rodding build (or maybe it was Hi Perf Chevy) where they started with a stock Goodwrench 290 hp 350 and worked up in small increments, incl going up the ladder in intakes starting with the basic Performer. They maintained that on the dyno the stock GM 4bbl intake manifold made several lbs more torque than the Performer under about 3500 rpm, I'd have to look back to see just how much, but I've had experience with Performer intakes on mild small blocks before and have been suitably impressed so would have some doubts as to whether the stock intake could not be improved upon even without hurting the low end torque enuf to notice. I haven't had the intake off to see port size but can't imagine they're very impressive. Also, going to i.e. 170cc Vortecs I wouldn't want an intake with significantly smaller ports than the head either, and of course not larger though. That, however, got my attention as I'm planning on building for the most torque I can get for 1600 to 2200 rpm road speeds from ~58 to ~78 mph. I'm looking at a couple cams that would put the torque peak between 3000 to 3500 and the hp peak between 4500 & 5000, with around 300 lbs as low as 1600 rpm, so am not as concerned with any significant hp difference over maybe 4500 as I am not building a hot rod but just trying to add a little more throttle response in totally pedestrian rpm ranges within the rpm framework I've noted.

Appreciate any thoughts or tips based on experience and a good understanding of what can and can not be done with it.
P

If you're looking for the perfect A/F ratio at all driving conditions then the EFI is best I think.
I think a E4ME carb can be very close to that and if you see that as a challange (as me) then a early E4ME is very good. Lots of things you can alter on the carb (if you remove all the plugs) and with a A/F meter you can monitor the changes. 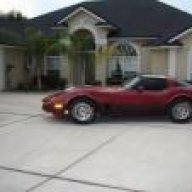 You'll find all opinions here, but the carburetor is capable of running well, even with modifications done to the engine. The key is that everything is in place, and working properly. That means the O2 sensor, water temp sensor (for the ECM) TPS, ECM and mainfold pressure sensor. Since you have the service manual, you can find and evaluate all these components fairly easily. There are modifications you can make to the carb, Cliff Ruggles book on the Quadra-Jet is an excellent source. Sensei who is on this site also has experience with these carbs, do a search and you'll find alot of information.

If budget is a primary concern, you might want to work with what you've got vs. spending several hundered dollars on a replacement. 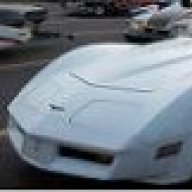 As I understand it -- the 1981 is restricted mainly because of the heads and exhaust. Changing either or both of them should not effect the ECM. Remember that the E4ME only controls the mixture in the primary circuit -- WOT or near WOT is controlled in the secondary circuit the same as any other Qjet. All that said, the E4ME should be able to go along with most engine upgrades and still be able to give you the "around town" driveability and economy.
M

Yes, my limited QJet experience enabled me in the past to do some basic tuning with good results, and I've never been anti-QJet like so many folks. It's just that they're maybe a little more complicated to tune on all the primary circuits, and of course this eQJet even more so.

I don't think there'd be a big difference in low rpm response between one
that is properly set up and a decent TB efi setup, but I have to wonder about gas mileage.

I wouldn't go out and spend the price of a new efi to replace it, but I've already got that one and have had excellent results out of it esp regarding low rpm mileage. And can pretty much bolt it on and go without hardly any tuning work which sounds like can get kind of complicated and tedious esp on this particular QJet.

Was more or less just curious at this point on how they do, esp on the mileage.

When my car was completely stock, including the TH350CC trans, the E4ME got 18mpg on the highway. I took a trip from Denver to Jacksonville FL so it was a pretty good guage. I then put that same carb on top of a BBC with a good build (10.5:1 CR healthy cam, head work etc), a 2004R trans, and 3:36 gears, and on a trip at 81 MPH (according to the GPS) I got 16mpg. Hope that info helps!
You must log in or register to reply here.

1
Help! Cheapest but most cost effective way to get my 85 auto going?