Here is my question:

Within the next few weeks i am going to take all the tires of my C5. I am going to use a lift but am a little worried about doing damage to the undercarriage by not lifting it properly. I also have seen in many of the catalogs they sell jack inserts to supposedly "jack up your car with confidence". My first question is - how hard is it to jack up the car. Should i get these jack inserts. And where are the jack points located. Any tips for this would be appreciated - take care, 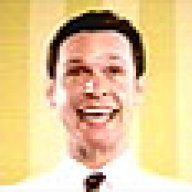 I used a sissors jack from an old s10 and found the bolt down holes that are in the front of the door and behind the door on both sides. The jack had a half round which actually matched the bolt down's (for lack of a better description, as there are plenty of far more experienced C5 owners on this forum). I was able to jack the side of the car enough to get my shop jack under it after that.

I then did the same for the back. I located the I beam between the 2 rear wheels, with a 2x4 and shop jack, I lifted the car enough so I could get jack stands under the I beam as well.

A couple notes, make sure that the initial lift with a sissors jack does not touch the rocker panel. It could distort or even crack it. A person I contacted for assistance in winterizing my toy was Hib Haverson directly. I lost his email address. You might find the instructions on jacking the vette under winterizing on one of these forums.

One more thing, be extremely carefull when bolting your wheels back on. You might warp your rotors. Use the star pattern with a torque wrench. First time around, to 80 foot pounds, the second to 100 foot pounds.

Thanks for the explanation and the pointers. Sounds like it shouldn't be too bad. Have a good weekend!

Everyone should keep at least one jacking puck in their car . If you have it you'll never need it but if you don't have it and you have trouble on the road and call for assistence don't be supprised if the emergency help doesn't have this specialty tool . Hand it to him and make sure he knows what to do it .
C

is it necessary to use a puck when jacking it up on a hydrolic lift?
D

if ur going to being using a hoist to lift ur vette, i suggest u but urself 8 hockey pucks. stack them 2 high one the hoist arms under
each lift point under ur vette. if u don't know where they are, u'll find them in ur owner's manual. that's the only way i lift my and i've found it to work the best. if ur going to us a jack, lifting from the suspension is fine, but put a block of wood between the jack and the suspension to avoid damageing the alluminum.
D

Well sure, a Canadian would use hockey pucks ! JUst kidding ! Congratulations on your Double gold medals !!!
You must log in or register to reply here.

A
Help! Lifted on lead springs