I was wondering what does a typical 5.0 mustang put out and what are the e.t.'s. I figure they put out about 200 hp or so and i have noticed that they can put out a lot of torque. And while on the subject what can a cobra do in terms of power and e.t.

My 79 will be on the road in a few days and i want to know what i will be up against. I know that those ******s can sound pretty loud but thats all. Before the car went into the shop i got challenged alot by those ******s but with a measly 225 i couldn't do much. My 79 should put out close to 400 hp now so now they have it coming.

p.s. that stands for

1969 Super Sport Camaro (my dream car, though i love my vette)

Welcome to the CACC SS. I know what you mean about wanting a '69 Camaro SS. Some day I will add an first gen F-body to my garage. It's good to know I'm not the only Corvette guy lusting over a '69 SS.

Hey in all seriosness that is not a bad idea. I might actually do that!

I have hated Mustangs every since I could pronounce the name. My Dad retired from G.M. and I was sworn to loyalty for the brand.

However, in my older age, I have come to respect them for what they are: light weight, simple, well built, and very fast. The 225 hsp was under rated from the factory. If you don't agree with that, you have to at least agree that power to weight ratio was pretty good (last generation 5.0 stangs).

I will still don't plan on owning one. I know several people that do. With a cam, head work, headers, Cobra intake, free flow intake tubing, bigger MAF, and throttle body, those cars easily hit the 12s, and with a bottle much less. We have a local legend that I use to street race against years ago-John Gullet. He has taken that same mustang with a turbo and placed it into the National Championship the last couple of years (I kicked his butt a few times with my 85 vette way back when
:cool )

Anyway, not trying to scare you, but Tyla is right about the bottle thing. The mustangs as a whole are a lot cheaper to modify and love NOS. Pick your battles wisely. You never know if they have a full race trim super charger under the hood, or not.

I will be cheering for you.
1

The heck with Mustangs. Wait until a stock looking Honda wants to race! The bottle has made heros out of everybody.
Weather it be a Mustang or a Nova or a Honda, you can bet that if they're interested in racing they have an interest in modifing thier cars just as we have. The stock HP numbers are somewhere in the past for most of those types too. You are at an instant disadvantage with the weight of a Corvette C-3 but can offset it with the fact that you can fit larger tires than most, giving you more off the line traction. The smart answer may be to be "too cool" to race.
Steve Mericle
1979 L-48
Red on Red
Hot Rodded
J

The 5.0 ford easily hits the 300 hp mark with a good head, cam, induction combo and the bottle puts it over 400 easily. The mustangs are not as light as you would like to think, the fox bodies weighed in about 3500 loaded and i dont imagine they have gotten much lighter. Thats no real advantage over the vette. However light weight body parts abound at cheap prices for them.

ALSO being a mustang owner, i love my little mustang but i am in a unique situation as my mustang is a red headed step child to even mustang owners.....Thats right ladies and gentleman i have a 78 Cobra II LOL. It puts out 320 hp and has the dastardly blue bottle as its replacement for displacement knocking it way over 400 hp. It weighs in at 2950 pounds has a 4 speed and a 9"4.56 to 1 trac lok with 10" street slicks. It does well. So blast away at the fox bodies and newer (i hate them too actually) but leave my lil gal alone. (BTW im not thin skinned im only playing here)

Now did i tell you guys I really do enjoy driving my wifes 82 vette?
S

i have been reading up on them.

What is a foxbody?

Chris McDonald said:
I have hated Mustangs every since I could pronounce the name.
Click to expand...

Way back when, my Dad told me that Ford and Chrysler were dirty words. As a young kid that couldn't read, I believed him. Later I learned Ford was not a curse word, but believed for many years that Chrysler was some sort of blasphame against Christ, as in Jesus Christ.

My sister had a 63 vette about this same time. While riding with her somewhere, she hit the brakes hard. All I remember is being thown into the dash and getting part of the word Corvette from the passenger dash panel imprinted on my forehead.

Now that explains it!

what kind of abomination is that!!!!!

LMAO i wonder how many times that guy got laughed at!!!

This is the original post: Forget the new Mustang Cobra R, check out the new "Semi-Mustang"! :L

Chris:
Funny story:L Sounds like Corvettes were your destiny

Ken
How could I forget:L:L:L :s

i need me some of them smoke stacks

Ken
How could I forget:L:L:L :s

Maybe I'm just slow today, but I DON'T GET IT JAY. :confused 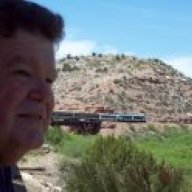 You know that there are some very fast and nice looking Mustangs out there, BUT they still have that blue oval on them. Fords haven't been the same since they stopped making the flat head V8.

You won't be up against anything unless you make the conscious decision to try to get up against something.

You know that there are some very fast and nice looking Mustangs out there, BUT they still have that blue oval on them. Fords haven't been the same since they stopped making the flat head V8.

A sight for sore eyes