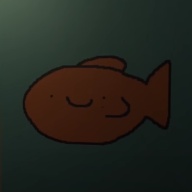 I bought an MG42 Magazine (The thing that holds the bullets on the side of the gun) from a guy named Viktor. Viktor lives in Ukraine. As we all know they are fighting a war with Russia. After losing contact with the package I had thought that the item had maybe been in a blown up cargo plane at a Russian occupied airport. Well recently some way some how even with Ukrainian airspace closed, it made it to America! I can officially say it survived two wars, World War II and the Russian-Ukrainian War. Unfortunately, I was unable to reach Viktor through messages. I do not know if he is still alive or okay, I hope he is though. Even though I only communicated over a few messages I was somehow able to establish a connection (at least on my end). I am unsure why but I think of him as somewhat a friend. Every time I see news on the war I always wonder how he may be doing at the current moment. I really hope I get a response to the messages I had recently sent him. I’ll keep anyone who reads this updates. Package arrives today.
03/11/2022
You must log in or register to reply here.