Any NCRS members or judges out there?

Ive had several people at shows mention to me that I should have my 81 NCRS judged as it is in excellent shape for a 81.

But I do not think that the my car would be NCRS ready,for these reasons.

The paint is original and as new, BUT the mufflers and cat are not.
(Dyno max super turbo's and high flow cat.

I also swapped out the stock (still have it) am-fm stereo for a nice Clarion unit with cd.

Other then that, the rest of the car is correct,with 42k.


Ive heard those (NCRS) guys and gals are very meticulous.


Oh well,I will enjoy the car,just the same.

depends on what judging you would want to go for. Normal Flight judging does NOT judge on originality as is often thought of, it judges on how close the car APPEARS to be in the same condition as it would be during delivery to a customer after normal dealer prep.
That means things like paint don't have to be original lacquer but only have to APPEAR to look the same as the original lacquer would look, you can have repalcement reproduction parts installed as long as they APPEAR to look the same and have the correct casting and date codes on them, etc.
If your paint for example is original that's great but you will still than be jusged on the condition of the paint compared against how it would have looked when new. They will check most everything down to correct bolt head markings.
If you have an aftermarket exhaust and radio you will get deducted points for that but if everything else judges well you can still easly flight award.

On the other hand there is also "Survivor" judging. This judges solely on the originality of the car regardless of looks or condition. Things like paint are judged on how ORIGINAL the paint is with no care on it's condition but any touch-up spots will cause deductions. ANYTHING that is not truely original including airfilters, replacement bolts and/or screws, interior parts, motor parts, tires, exhaust, belts, etc, you name it are judged if they are original or not.
A filthy, horrible looking car that is 99% original will score better than a car that that looks better but not as original.
People mess up big time in survivor judging thinking that they will remove a few parts, clean then up, maybe repaint them to look better, etc before judging and than they lose a look of points because those parts are no longer original in condition.
Things like factory markings are all looked for and judged also.
Survivor judging is one of the hardest to do and get an award in.

Last Spring I found and purchased a '78 with only 9,489 miles. One of the first things I was told was to consider sending it in for Survivor judging since 98% of the car was still all original. The problem was that the car had been stored the last few years outside under a plastic tarp and it no longer ran and was in poor condition regardless of the low milage. Just to get the car running again was going to require so much work that it was going to kill any chance of survivor judging so it wasn't an option and I simply disregarded that option and went through and did everything I needed to get the car running again and in nice "less than 10,000 mile" condition.
Because of everything I did even though the car now still only has 10,600 miles it will never be able to pass survivor judging but it would probably take a top-flight award.
:cool :cool
1965 Milano Maroon Coupe 327/365
1978 Dark Blue L82 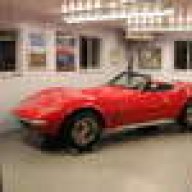 I'm a member but never had anything judged.

hdkeno said:
Ive had several people at shows mention to me that I should have my 81 NCRS judged as it is in excellent shape for a 81.

But I do not think that the my car would be NCRS ready,for these reasons.

Ive heard those (NCRS) guys and gals are very meticulous.
Click to expand...


Ken,
Just go ahead and have it judged. It will provide you with a base point for the car. Then you can decide what you want from the car. Maybe a full restoration if the judging bug gets you. If nothing else, you end up with great documentation for the car. A future owner may appreciate that ($$$$)

hdkeno said:
Any NCRS members...out there?...BUT the mufflers and cat are not....I also swapped out the stock (still have it) am-fm stereo for a nice Clarion unit with cd....
Click to expand...


I'm NCRS. Go to the NCRS website and purchase the 80-82 judging manual. It will tell you exactly how your car will be judged and what the NCRS judges will be looking for.

You can expect to lose points on the mufflers and the stereo. Catcon probably isn't judged because it's difficult to see. If your Corvette is otherwise stock and in good shape, the points deduction probably won't be enough to knock you out of a flight award.

First, I would buy the 1981 Technical Information Guide and Judging Manual. Fairly small price for a very useful document. Then go through the manual, system by system, and do your own evaluation. You will learn volumes about your car and see how closely it follows the NCRS guideline. Even if you intend to drive your car and then have it shown, it can do well with items that have been changed. I would guess that a Second Flight is possible with aftermarket exhaust and radio. Judging is fun too despite what some say. 99% of the folks that I know that have had a car judged have a great attitude when it is all over.

Many thanks to Tom73,67 and Mike,as well as everyone else who posted a reply.

Mike,I am going to purchase the 80-82 handbook from the NCRS site,might even join.

That said, my next step will be to find out when there is a judging close to my area. CT. Didnt really find what i was looking for on the NCRS site, I may of overlooked it. Later, Ken

Hi,
Go to the NCRS site , click on contacts and scroll down until you see the New England Chapter, great guys and they do a lot of judging schools with hands on experiences, also the National Convention is in Marlboro Mass. this year in July, they are not there to criticize but to help, as I said before great guys and very helpful and knowledgable

Ken,best place to start if your serious is to sign up for a local chapter meet,that way you have a baseline as to what needs work and what doesn't... you may ending up having to go to jersey or new york to get it judged at the chapter level,but it is a good time and very informative.

the judging manual is very detailed and pretty straight forward as to what they are looking for.
Bill and Gail...save the wave

I did just order the manual of the NCRS web site, and did find the info on the New England chapter.

Ken,Iwould get the car as correct as possible. Then get it chapter judged.Then take it to Marlboro Mass. for the National.That national meet starts July 21st. You have plenty of time to do both.You must have it judged by your chapter or at a regional before you go to the National. Hope this helps.
You must log in or register to reply here.