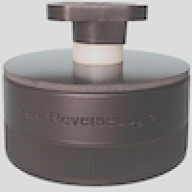 Reverse Logic first introduced the combo service/trailer ramps model RLL-80-2 in January, 2013. This Race Ramps model quickly became our most popular service ramp because of several unique and useful features. The cradle top platform helps keep non-drive wheels on the platform when the opposite end of the car is raised with a floor jack. The invertible incline section can be flipped over and used as a trailer ramp. The 6.8 degree initial incline accommodates the approach angle of low ground clearance cars.

Many customers requested that we incorporate the cradle top platform into some of our other ramp models. Making even minor changes to an existing ramp model is problematic. Confusion is likely to result if a manufacturer ships a new model when there are a lot of online photos of the earlier version of the ramp with the same model number. Rather than change the shape of the platform of existing ramp models, I decided to explore building additional ramp models around the RLL-80-2 platforms. The result is a family of ramps with the same 9" high cradle top platform. The entry level ramp in the group is 49" long with a 15 degree constant slope. The intermediate RLL-59-2 ramp is a two-stage incline ramp. The incline section has a 10.8 degree slope which is the same as the popular 56" and 67" Race Ramps service ramps.

Since the three ramp models share the same platform, all the ramps are 14" wide and 9" high. The only difference between the ramps is the slope of the incline section.

The simple yardstick test described in the attachment can help you determine if the RLL-59-2 or RLL-80-2 ramps with 10.8˚ and 6.8˚ initial inclines, respectively, will work with your car. Basically you can slide one end of a yardstick up against the inboard edge of the front (or rear) tire, raise the opposite end until the yardstick touches any part of the car, and then measure the height of the raised end. If this measurement is at least 7.25" then the RLL-59-2 ramp will work. If the raised end of the yardstick is at least 5" above the ground then the RLL-80-2 ramps will work. In order for the 15˚ incline of the RLL-49-2 ramp to work with your car, the raised end of the yardstick must be at least 10" off the ground.

The RLL-49-2 ramps are not going to work with a C5, C6, or C7. But they will work with earlier generations and a lot of other short-nosed cars and SUVs that are on the road. Unlike the other lower priced Race Ramps service ramps (RR-56-2, RR-40, RR-30) the RLL-49-2 ramps are 14" wide and have a reinforced cradle top platform. In other words you don't have to give up all of the benefits offered by the cradle top platform design when you choose the lowest price model in the series.

The incline sections for the RLL-80-2 ramps is available separately for anyone who wants to convert the steeper RLL-49-2 or RLL-59-2 to the more shallow 6.8 degree slope.

Reverse Logic is accepting orders for the new ramp models at this link to our online catalog: 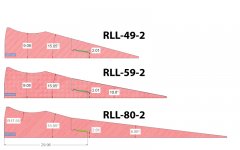 Once your car is on the ramps, I recommend using a good wheel chock behind the tires on the ground and/or behind the tires on the platform. If you are working alone and don't have a spotter to let you know when your tires are at the top of the ramps, it is also a good practice to place a wheel chock in the path of the rear tires. It only takes a minute to measure a distance equal to the wheelbase and position the wheel chock so that the rear tires are stopped just as the front tires are in the platform cradle.

Race Ramps deals up to 50% off MSRP