I guess nobody has used this new intake yet or knows if it can be altered like the stock LT1 intake to fit on a L98!
It seems like a cheap alternative to a mini-ram and better than just using a stock LT1 intake to do the swap.
87 L98 Z52
4+3,MINOR MODS!
[SIGPIC][/SIGPIC]
8

WOW,I remember when there used to be some activity on this site and you could get some questions answered!Guess times have changed!
87 L98 Z52
4+3,MINOR MODS!
[SIGPIC][/SIGPIC] 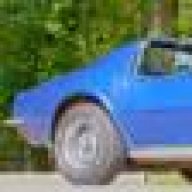 I have noticed that if no one has any experience with a certain item, no one really speaks up. Like others, I don't like to give false statements or second hand experience. I know nothing of the Edelbrock LT-1 Intake as I have kept my LT-1 completely stock (minus a K&N air filter only).

87L98Z52 said:
WOW,I remember when there used to be some activity on this site and you could get some questions answered!Guess times have changed!
Click to expand...

Hold on now... you have an obscure question- LT1 intake swap.

I have an LT1 intake that I plan on using for a swap one day in the future.

If you do it yourself, you'll have a mini-ram on the cheap.

John Millican did a great job - 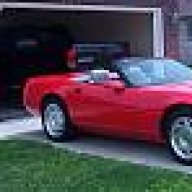 I just did a search on the net for the edelbrock LT1 intake and one person posted that summit wasnt getting the part till Feb 16th or 18th.

Thanks for the response guys.I know what it takes to do the LT1 swap on to the L98 but was just wondering if doing the alterations that you have to do to a stock LT1 intake to get it to fit on the L98 would work on this new edelbrock intake.I guess the intake is so new that nobody has tried it yet.I am thinking about doing the swap on to my 87 L98 and i was looking on ebay for a LT1 intake to do all the alterations on when i came across the edelbrock intake.I am thinking of buying the edelbrock one and altering it to fit on my motor,I figure it has to be a better intake than the stock LT1 intake.It has the air gap design kind of like the miniram so i wonder if it is just as good as the miniram.Maybe ill just have to be the giny pig here.
87 L98 Z52
4+3,MINOR MODS!
[SIGPIC][/SIGPIC]

87L98Z52 said:
Thanks for the response guys.I know what it takes to do the LT1 swap on to the L98 but was just wondering if doing the alterations that you have to do to a stock LT1 intake to get it to fit on the L98 would work on this new edelbrock intake.I guess the intake is so new that nobody has tried it yet.I am thinking about doing the swap on to my 87 L98 and i was looking on ebay for a LT1 intake to do all the alterations on when i came across the edelbrock intake....
Click to expand...

So, yes- the intake swap will work regardless of if it is a GM or Edelbrock. I would suggest that you use the LT1 and run a cooler thermostat- but then again, I'm cheap. You can find a complete manifold on Ebay with fuels rails for around $120.

I don't see the Edelbrock giving you huge advantage unless you just want to be the first on the block.

Not to be a downer, but you will need a custom PROM.

DarkShark said:
I don't see the Edelbrock giving you huge advantage unless you just want to be the first on the block.
Click to expand...


I don't have experience with it but I would think the same way. I mean, both would have to be modified to fit the L98.

The reason why I would think the Edelbrock LT1 intake would be an improvement over the stock LT1 intake on a LT1 motor could possibly be because it's ported a little?

That's just speculation on my part but if that's even remotely true, I don't think spending the extra money on the Edelbrock LT1 intake vs. the stock LT1 intake that you could get on eBay or 'Vette yards would be worth it.
Edmond.

The biggest adavantage to using the Edelbrock LT1/4 intake manifold is the construction. 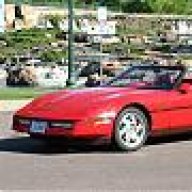 DarkShark said:
Not to be a downer, but you will need a custom PROM.
Click to expand...

I have a couple questions on this. Why is a custom PROM needed if you use an EGR valve. Does the original distributer fit or do you need a small cap version such as in the pickups ? This really sounds like a fun project and if I can get prints with the proper location of all the machining I can easily do that myself. I have the use of a CNC mill at my disposal.

NICE 'Vette! I also have one of thes and I LOVE it! Sorry for my long reply, but I love CARS AND I love LT-4'S!! I feel that an LT-4 will blow away an LS-1 because I have already done it, even before I added my Supercharger....My '96 Coll Ed. has some light ground effects and the rear hatch windshield spoiler like the old Dodge Stealth had. This spoiler mounts off of the rear glass using the windshiled hardware and againm, can easily be rremoved anytime. But I would never want to do that as it looks awesome!! This beautiful 'Vette was a feature car of the month in 'Vette Magazine for August 2005. I purchased it with only 4,000 miles on it from a friend in March of 1997. It NOW still has only 14,000 miles on it! I just, only 2 months ago, had to finally change the ORIGINAL GM Freedom II battery! It lasted all these years! I did also add a Carroll/Vortech Supercharging system to it that I had professionally installed shortly after I bought the car back in 1997. I first had to blow away a new 1997 C-5 LS-1 before Suprecharging it to prove my point! The light ground effects all are installed w/double-sided tape and silicone so anytime I want to return the car to stock, I can do so easily and there will be no holes drilled in the car anywhere! I might need to buff out the paint however. I am running 10 pounds of boost and using water injection intercooling as well as an MSD Boost Timing Master that pulls out 0.5 degrees of timing per pound of boost so I do not blow up the motor as the LT-4 came with 10.8:1 CR from the factory. I also had installed the SLP Stainless Steel shortie headers while they were still available as well as a full 3" SLP SS exhaust system with the chrome factory-style exhaust tip covers on the back. My cats are still on the car, but they are empty! This car really ROCKS and still, if I take a long trip, it will easily get no less than 26 to 27 MPG even with the 3.73:1 rear axle I installed to help bring on boost sooner, which it definitely does do! The only cars I own that can beat it, not by much though, is my custom Supercharged (roots) 1971 Chevellle SS454 5-speed (yes, 5-speed) that I also originally purchased as NEW back in 1971, and my 1997 custom Supercharged Porsche 911 Carrera 6-speed. I guess you could say that I believe in Supercharging for power! I LOVE it! The next car which I am about to install a Supercharging system on, is my 2002 Acura RSX-Type S. This 4-cyl 200 HP stock motor thinks it is a V-8 since even as an N/A car at the moment, temporarily, it runs like a V-8! If you will go to www.cardomain.com and type in rpalais into the search bar, it will take you to my garage pages and you can view most of my cars. Thanks and best of luck to you and your beautiful LT-4 Coll. Ed!! Rich
Have a great day!
Rich Palais
rpalau1@innet.com

G Winter said:
I have a couple questions on this. Why is a custom PROM needed if you use an EGR valve...
Click to expand...

To get an LT1 intake on early style block you lose the EGR on the back.

Even if you did get a remote EGR, you'd still need to optimize the fuel and spark tables to get the most power out of it. The L98 tables are designed around the long runner design.
1982 Dark Blue Corvette
Crossfire Injection | .496"/.495" Cam | AFR Eliminator Heads | EBL | 3.73 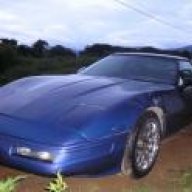 hi 87l98z52 i wanna increase my airflow a little bit too .but fitting a lt1 intake i think it could be complicated. instead i found this option dont know what u think about or if anyone here in the forum has one to tell us how well it work but im saving money to buy one of these for my l98 it seems to be the answer for our prayings of the l98 owners.
here's the link
http://www.guldstrand.com/scripts/prodView.asp?idproduct=388
You haven't start living until you drive a Corvette.
[SIGPIC][/SIGPIC]